Brainchild of husband-wife duo Matt Moore and Gemma Sampson, Bright Tank Brewing is the latest energy-boost for East Perth’s promising light-industrial pocket. You’ll find these guys half way down Brown Street, tucked in between Optus Stadium, a string of refurbished warehouses and the heart of Perth City—somewhat unassuming, but it’s sure as heck working for them.

Rolling in for a Friday lunch on International Beer Day, no surprises that this brand new urban craft brewery was buzzing with local workers, neighbours and even tourists sharing a laugh over a pint or two. The place impresses immediately upon entry: the contrasting stylish bar fit-out to the right and large-scale graffiti art piece from Melbourne’s 90 Degrees Graffiti to the left pitch the tone somewhere between 90’s urban grunge and industrial contemporary. That contrast is carried right through Bright Tank Brewing’s offering—the place maintains a casual, quintessentially urban atmosphere while offering sophisticated food with a focus on local ingredients. 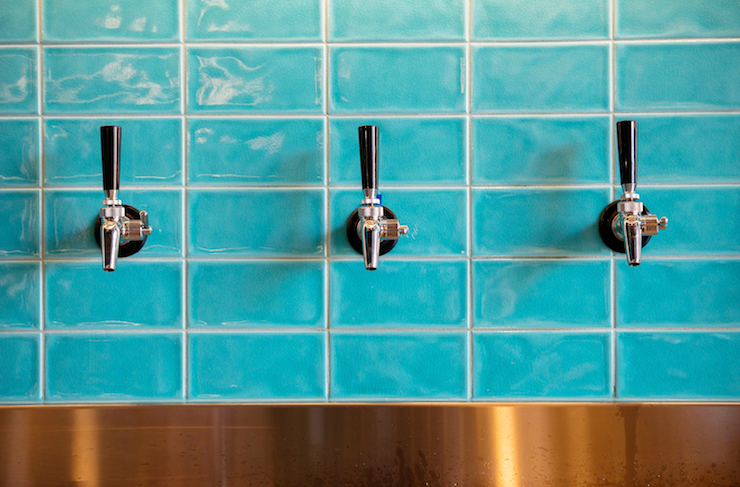 According to Moore, that’s just the point. His passion for beer birthed the dream of opening an urban brewpub in Perth some ten years ago, but he and his wife’s passion for fine food led to Bright Tank Brewing’s eventual point of difference: a seriously exciting menu.

Aside from the obligatory (and admittedly delicious) chips and aioli, don’t expect to see any typical brewery menu fillers like pizza and burgers here (not that we don’t love pizza and burgers—bow down). Instead, Chef Jake Gledhill has designed the menu around the beers currently entering their final stages of brewing in the bright silver tanks that line the entire western wall and give the place its name. The result? Winners like juicy porchetta on polenta mash with melted leek, locally-sourced charred octopus with crispy potatoes and saltbush, and a particularly delicious dry-aged rump cap with bone marrow, confit shallot and warrigal greens. Moore strongly supports sucking the bone marrow from its socket, so order them all and go to town. 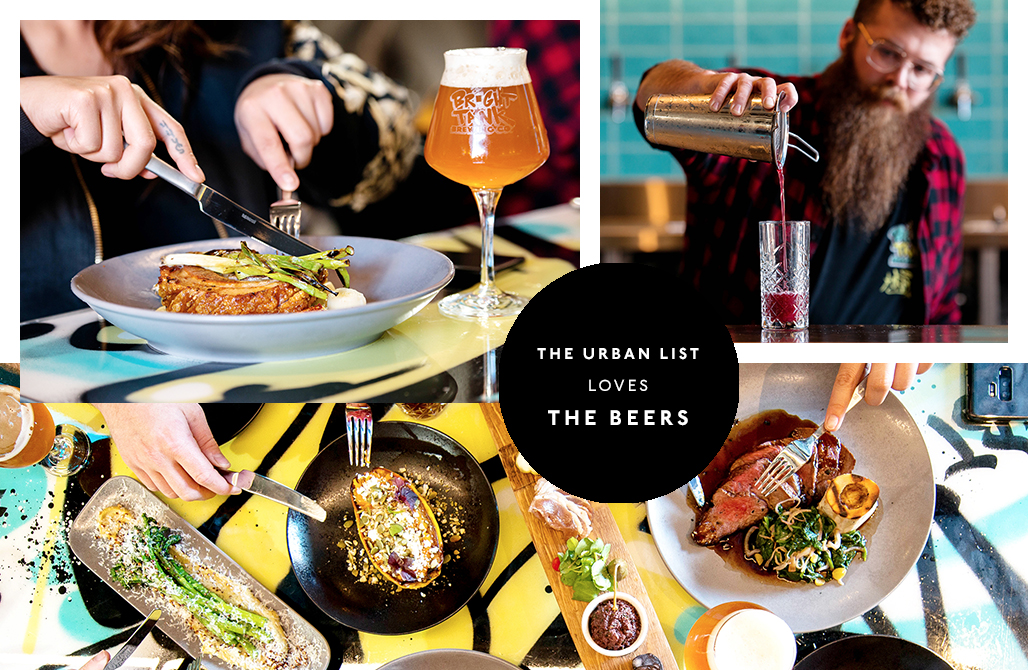 Other favourites that should be on your hit-list include the brewer’s board (featuring house-made duck prosciutto and squid-ink chorizo), the salt roasted Delicata pumpkin, which comes roasted and stuffed with goats curd and honey, as well as the far-from-boring charred Romanesco broccoli, served on a smearing of pistachio curd and doused with lemon, parmesan and popped quinoa. Finish things off with one of their delicious desserts: the ‘tropical playground’—a blend of coconut, pineapple, white chocolate macaroon, mango and passionfruit—is our pick! Also, while the menu is designed to share, the plates are almost overly generous (if there were such a thing) so we recommend coming in groups to fill up on as many flavours as possible!

Of course, the place wouldn’t be here without the beers, so they’re deserving of attention. The opening core range of beers includes a winter-warming (and not too heavy) brown ale, a refreshing saison brewed with native lemon myrtle, and a session IPA (among others). And, with venue manager Josh Edmeades (formerly of Petition Beer Corner) at the ready to make recommendations, we reckon even craft beer-sceptics and first-timers will end up sipping on something they enjoy. 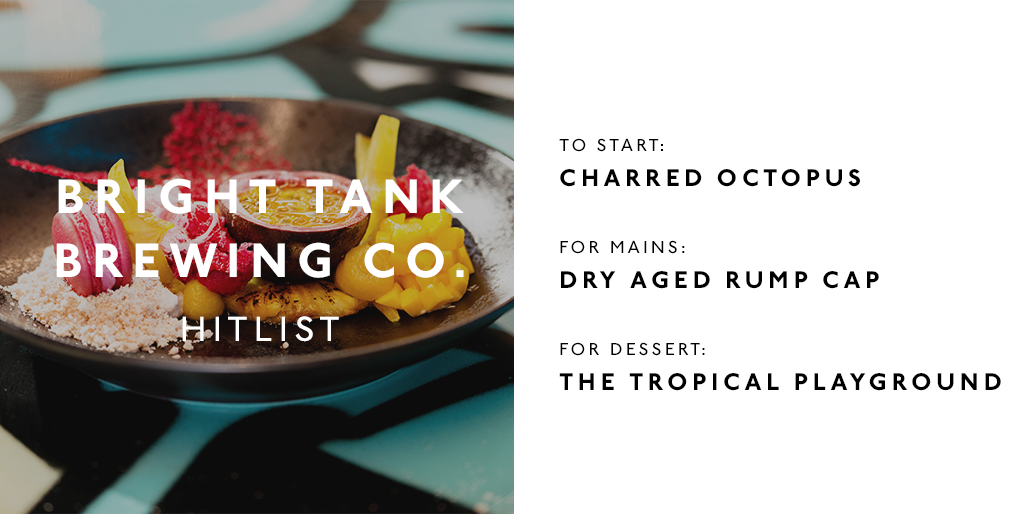 So much a focus are the beers that they will become the centrepiece of specially curated monthly Beergustations, which will create an opportunity for beer-lovers to experience a uniquely beer-paired menu and learn more about the brewing process and industry. Suffice it to say that we are eagerly awaiting ticket sales for the first instalment.

Perfect for group dining, boozy long-lunches or blowing off a bit of post-work steam, we suspect Bright Tank Brewing will be popular with more than just transiting footy fans. Get yourself there ASAP!