Hold On To Your Sombrero, El Camino Cantina Just Opened In South Bank

Taking over the former Munich Brauhaus location in prime spot near Streets Beach, the eclectic 510-seater is spread out over two levels, both of them rife with the neon lights and fluorescent signage El Camino is famous for. Downstairs, there’s a colourful, umbrella covered outdoor eating area as well as an indoor dining hall, while upstairs is all about the brand's inaugral Hotel Diabo, a bangin' bar-come-club where DJs will provide a soundtrack for margarita-fuelled shenanigans every weekend. There’s even a dance floor up there, which hopefully we’ll be able take full advantage of soon. 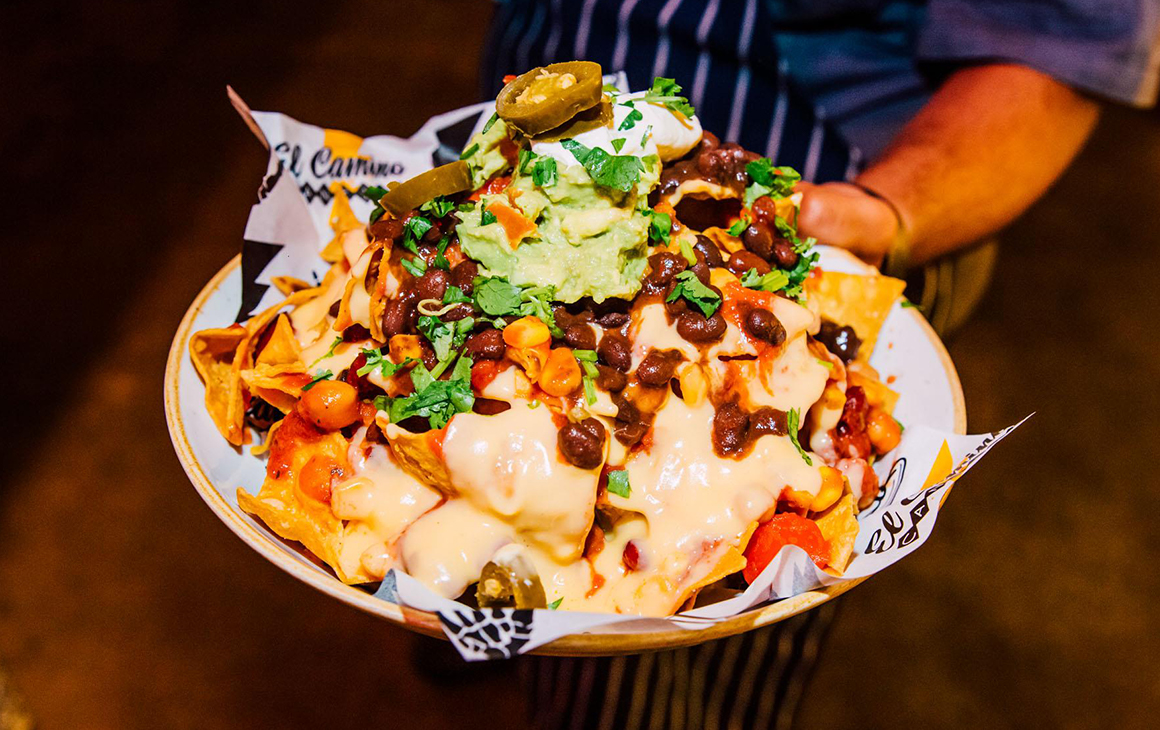 As for the eats and drinks, just like at their Bowen Hills and Chermside venues, you can dig into bottomless baskets of complimentary tortilla chips with vibrant salsas, then cruise through a selection of eight different kinds of soft shell tacos, sizzling fajitas (tortillas are house-made daily), buffalo wings, nachos and other classic Tex-Mex dishes. On a budget? The weekly deals here were made for cash-strapped foodies, with $2 taco Tuesdays and 10-cent buffalo wings every Wednesday.

We haven’t even gotten to the best part yet. If you’re already well-acquainted with El Camino’s famous margaritas (you know, the ones that are as big as your head), you’ll be reaching for the tequila and the news that the venue is launching with a six week-long margarita festival. Sign. Us. Up. 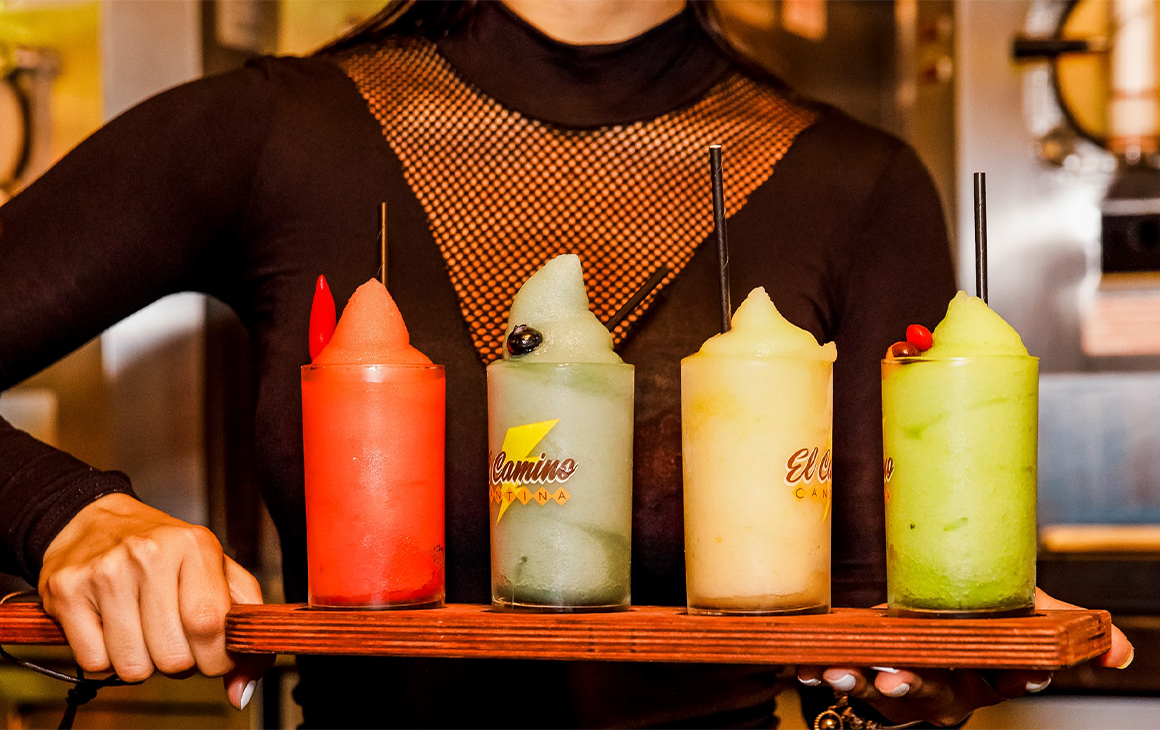 Ritapalooza, the epic festival which just sent Sydney into a tizzy earlier this year, will see 15 different frozen margaritas flavours hit the menu from opening day right up until Sunday 3 January. On the line-up are the likes of Hubba Bubba, Skittle, mango, strawberry, raspberry, sour apple, marshmallow and grape margaritas, all of them with a hefty dose of tequila. Christmas just got way more interesting. You can read all about the festival here.