Take A Look Inside The New-Look RMIT Capitol Theatre

Australian architect Robin Boyd once called the Capitol Theatre, “the best cinema that was ever built or was ever likely to be built.” The praise doesn’t get much bigger than that.

The Capitol was designed by Walter Burley Griffin and Marion Mahony Griffin back in the 1920s—a Chicago-style gothic masterpiece on Swanston St, which was bought by RMIT in 1999. In 2014, the university closed the theatre for repairs (the ceiling was kind of falling apart), and it’s been under dust sheets for four years.

But now The Capitol is back. Project Manager Alison Leach says The Capitol is going to become something totally new—a heritage event space for all Melbournians.

“You come across these buildings that have this life and history and they mean so much to the community,” she says, “and it’s wonderful that RMIT owns a space like this, because we have the money to refurbish it properly.”

Properly sounds about right. Alison says every care has been taken to painstakingly restore The Capitol to its 1924 glory years. The team has had to work closely with Heritage Victoria, who tend to oversee these projects very closely, like humourless landlords who get a kick out of inspecting behind the fridge. 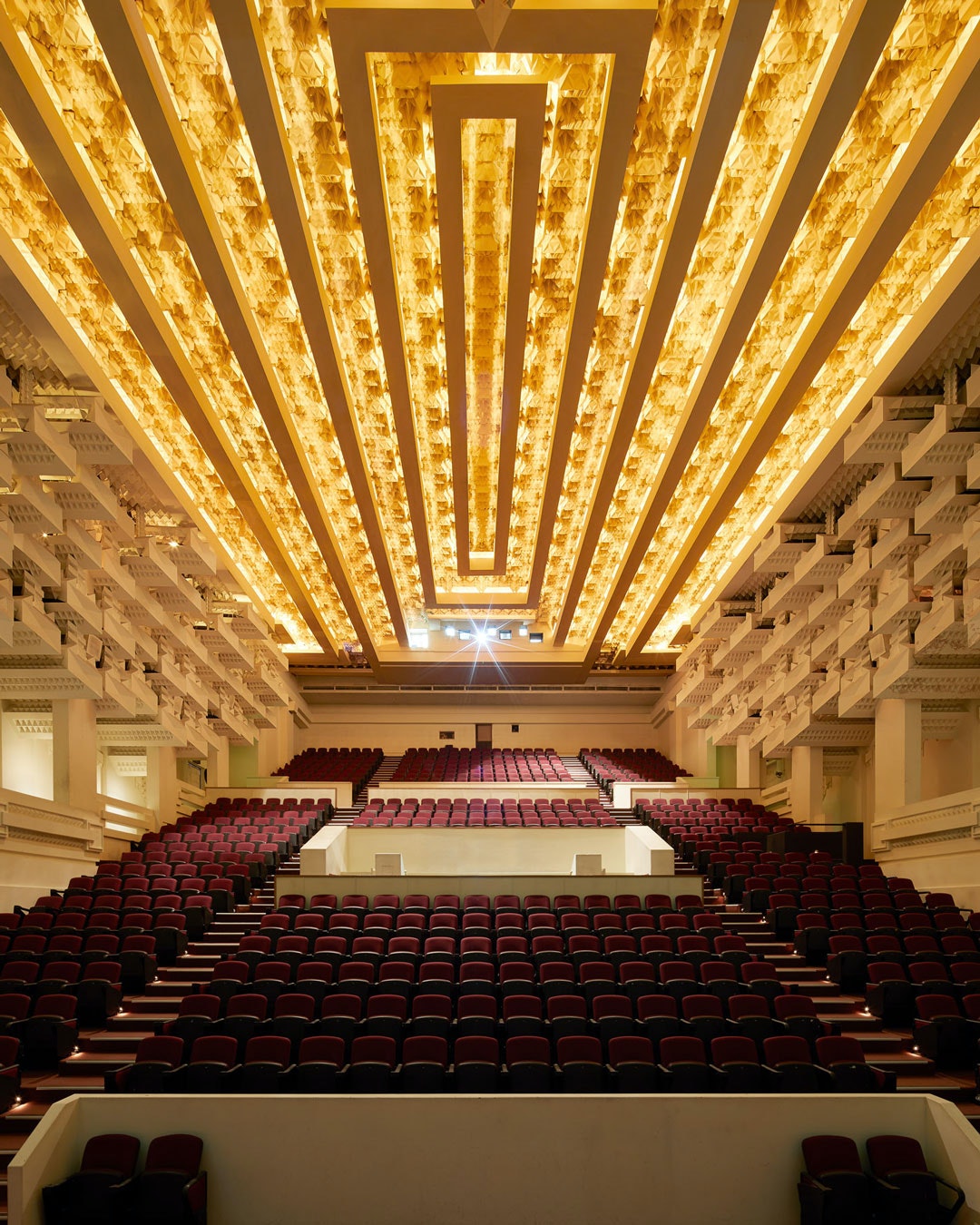 “This will be the most extensive refurbishment The Capitol has seen for many many years, Alison says. “The carpet in the foyer is a replica of the original carpet from the 1920s. The metallic paint on the ceiling has been carefully restored. Even the feature glasswork on the big pillars upstairs.”

For the last year or more, the site has been a dusty, Triple M-blaring construction zone. Alison says they had to knock a couple of walls down, and they’ve replaced one with glass, so visitors can now look straight up into the old foyer from the Capitol Arcade.

Over summer, it’ll just a matter of finishing touches and updating the century-old electronics. RMIT has replaced the lights with state-of-the-art LEDs, installed cutting edge sound systems, even commissioning local artists to paint feature murals in areas previously closed off to the public. The new space will fit 580 punters at a time, with candy bar profits alone projected to keep RMIT in the black for hundreds of years.

“The thing I’m grateful for is the enthusiasm,” Alison says. “A place like this just generates its own enthusiasm. It has such a history. So you have this fascinating historical context, but we’re also really interested in what the future holds. How can we broaden the appeal beyond ‘just a cinema’.”

The first stage of that plan is teaming up with some other Melbourne institutions: in 2019, that’ll be ACMI. Fortunately, ACMI’s Fed Square home will be undergoing its own renovations around the same time The Capitol Theatre is due to open. The plan is to use The Capitol to host all of ACMI’s major film festivals for 2019, bringing around 100,000 people through the Capitol’s famous doors.

“For more it’s thinking about how I influence functionality in the space, how we develop partnerships,” Alison says. “That’s why ACMI has been so perfect. We can bring people through the doors, share the space, build a patronage. We’ll also be using it as a teaching and learning space, working with RMIT academics.”

The move made sense for ACMI too. ACMI’s CEO, Katrina Sedgewick, says she’s proud to be part of Melbourne’s silver screen past, as well as its future.

“The Capitol is such a surprise to find in the middle of Swanston St. You’ve got this really quite epic cinematic space. The architecture is truly special. And it’s an important part of our nation’s architectural heritage. Just sitting together in a space of that beauty, engaging in the moving image, it really enhances the cinema experience.”

ACMI will close its Fed Square doors for renovations from mid-2019 (the plan is to re-open around mid-2020). During that time, The Capitol will be home base for super-sized ACMI programs and international film festivals.

“It’s certainly one of the most beautiful cinema spaces in the country. It’s extraordinary.”