The World’s Top Japanese Chefs Are Coming To Melbourne

Ever wanted to eat the most incredible Japanese food of your life but not sure how to make that dream come true? Well strap in, we've got the solution for you. The world’s greatest Japanese chefs are gathering in Melbourne for three massive foodgasmic events.

Chef Nobu Matsuhisa (of Nobu, in case you’ve had a very long week), will gather with his knife-wielding chefs to present two events—the ultimate cooking master class and the most extravagant cocktail event — at Crown this month.

An Evening With Chef Nobu And His Global Team will run for one-night only, and include at least 22 tapas-style Japanese dishes from Nobu’s top Executive and Head Sushi chefs (um, best job ever?).

Considered one of the reigning Japanese fine-dining restaurants in the world, chefs from all over the world including Beijing, Tokyo, New York will present two to three dishes each. We’re eyeing the mouth-watering Scallop butter yaki with Yuzu Jalapeno Dry Miso or White Fish Sashimi with XO Salsa. 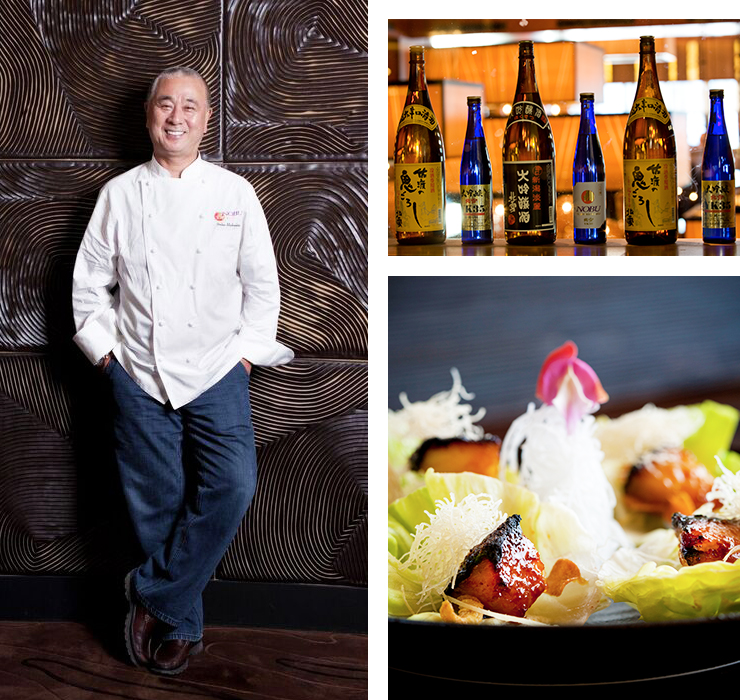 From fluffy bao to paper-thin, silky raw fish, wagyu cuts and Japanese-inspired tacos you’ll dream about for weeks, this is THE foodie event of the year and if you miss out on a food-filled spot, you might as well give up and move to Trumpville for the rest of 2017. Free-flowing Veuve Clicquot and Kirin along with a live DJ will set the mood, with pass-around desserts to conclude the evening.

If you’re gunning for the next Masterchef Australia crown (or you’re a future Head Sushi chef in the making), Chef Nobu Matsuhisa and two of his top Executive Chefs will also share their culinary secrets during the World of Nobu Master Class. A specialised sake pairing demonstration, signed cookbook and tastings (obviously) will feature throughout the two-hour master class.

Tickets are selling like salmon rolls on a sushi train, so grab the credit card and pull up your laptop…#yolo

The Details: Evening With Chef Nobu And His Global Team

Editor's note: This article is proudly sponsored by Crown Melbourne and endorsed by The Urban List. Thank you for supporting the sponsors who make The Urban List possible. Click here for more information on our editorial policy.