It’s finally happened Brisbane. The tide of brilliant chefs heading south to find fame and fortune in Sydney and Melbourne kitchens has turned, bringing some stellar talent back north to our river city. One such chef who’s made the move north is Sydney’s Adam Wolfers, who packed up his entire life (including his wife) to take over the Head Chef role at Gerard’s Bistro in Fortitude Valley a few months ago.

Adam doesn’t just bring years of experience at the likes of Est., Marque, Monopole and Yellow to his new kitchen—he’s also got a rich Jewish heritage to draw from, thanks to an Eastern European and Yemeni family background. Evidence of Adam’s flavoursome upbringing is certainly visible on his newly created menu, along with a passion for fresh produce, with plenty of focus on unusual vegetables on the plates coming off the pass. But for those who’ve long loved a good Gerard’s feast, don’t worry—that iconic flatbread baked up by the restaurant owner’s mother, Salwa Moubarak, every week is still on the menu, only now you can pair it with the likes of spicy labne topped carrots and mushrooms cooked in lashings of pork fat.

While Adam is busy spicing things up and winning over the restaurant’s fans old and new, we asked him (over a long, hummus filled lunch) how he’s enjoying Brisbane and what’s on his plate when he’s not behind the pans in the Gerard’s Kitchen. 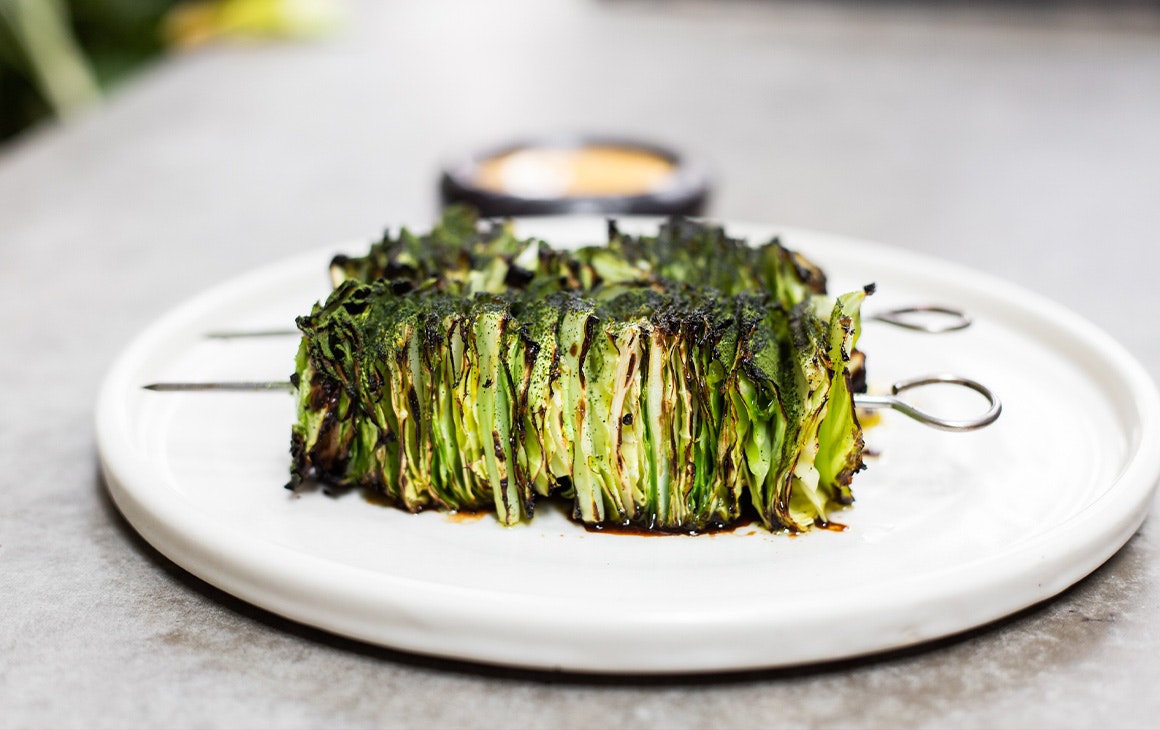 We’ve heard you’ll be dialling up the Gerard’s Bistro menu—what surprises have you added already and what can we expect to come?

We have been using some amazing local producers throughout the menu, we have got these amazing young kohlrabi’s which are served as a snack, as well as a kangaroo kofta we serve on a bone (caveman style) with an aged tahini dip.

How much has your own background influenced the new menu?

Food has always been a big part of my family. Watching my grandmothers’ cooking from a very young age gave me so much appreciation of food.

Are there any local Queensland producers who have inspired new additions to the menu?

Falls Farm on the Sunshine Coast is a huge part of it—showcasing some of the most amazing vegetables available in south-east Queensland is really important throughout our whole menu.

What about new food trends that are exciting you right now?

Simple food that lets the ingredients speak for themselves is what it should all be about. Everyone is stripping back the amount on their plates and keeping it really simple, I love that. 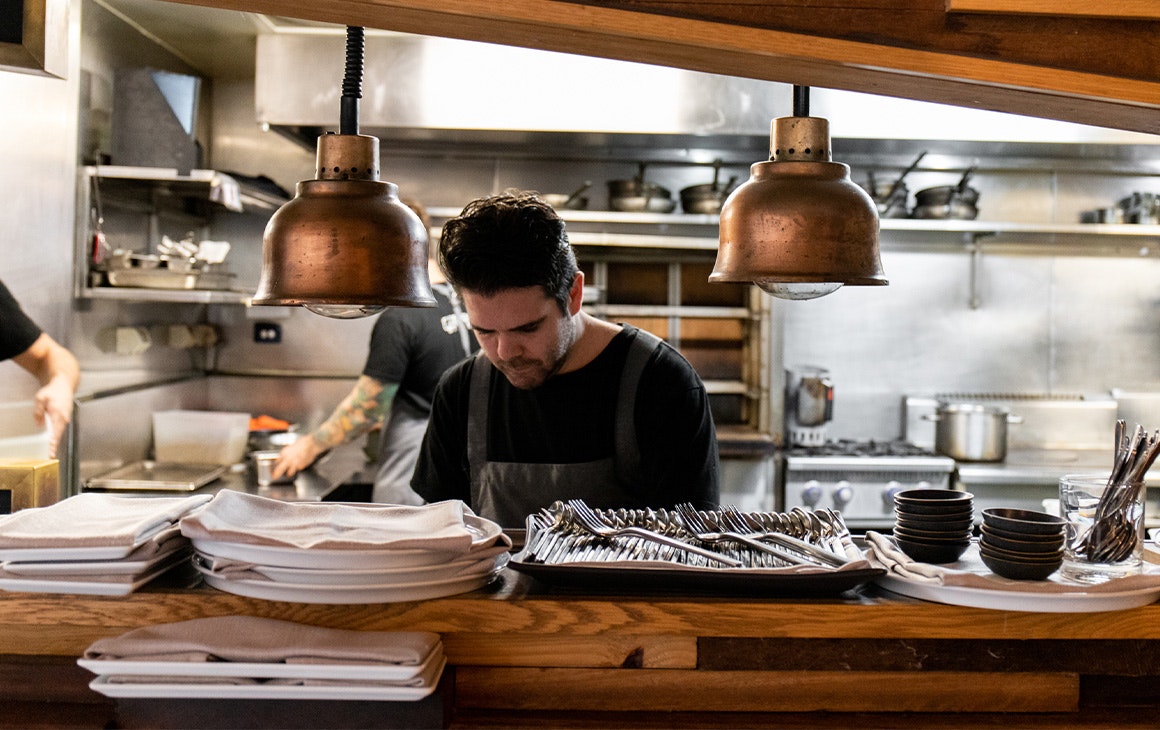 You’ve been in Brisbane a few months now, how are you finding the food scene? Discovered any amazing venues yet?

The food scene in Brisbane is really exciting at the moment. What Alana Sapwell is doing at Arc Dining is such a great way of showcasing Queensland food and produce. Happy Boy is also always a fun and delicious experience—it’s real chef food, fried and spicy!

Sunday brunch is definitely one of Brisbane’s strong suits, have you had a chance to check out any good cafes?

My new local is Bunker Coffee, they don’t serve food, but the coffee is really good. Gauge is already a favourite of mine for breakfast.

What’s your usual grab and go breakfast at home?

Usually, a banana and coffee gets me started for the day.

Do you cook at home on your days off? What’s a favourite meal?

I cook at least once a week when I’m home. I usually cook some sort of Thai or Chinese meal, it’s my favourite cuisine to cook at home. It’s fresh and tasty.

What’s your go-to late-night guilty pleasure after a long day in the kitchen at work?

Usually a kebab or gyros. 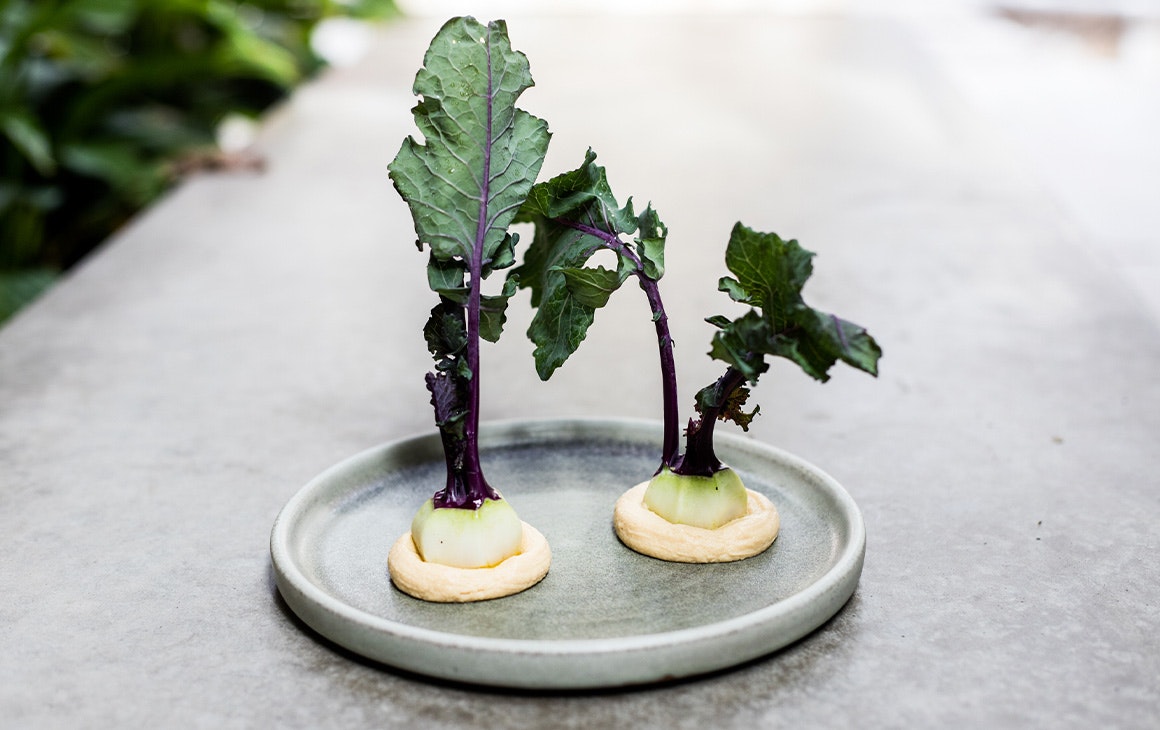 The Urban List team are coming for dinner, what will you be cooking for us?

Will be showcasing a lot of our vegetable dishes. I think vegetables are forgotten a lot, but they are such a big part of Middle Eastern cooking. Queensland has got some of the best produce in Australia, I’d really like to showcase what we have up here and make it a big part of the new Gerard’s Bistro with dishes like charred cabbage skewers with ras el hanout.

What was your favourite meal growing up?

What’s the best thing about being a chef?

Making people smile and appreciate the love and sacrifice you’ve put into their dining experience.

If you weren’t a chef, what would you be?

We asked Three Blue Ducks chef Darren Robertson where to eat from Brisbane to Byron, find out where he frequents here.