Bring on Brewsvegas! | Your Essential Itinerary

The golden amalgam of malt, hops, yeast and water stirred by the finger of Zeus has been at the root of our collective good times since man crawled from the primordial soup with one helluva hangover. Somebody get that man a stout, stat!

From March 23–29 Brisbane will pay tribute to our favourite social lubricant with a smattering of 90 different beer-related events in the name of Brewsvegas. There will be tap takeovers by some of the country's top ale aficionados, table tennis battle royales, and lessons in beer pairing for those who like to wash down their pub grub the right way.

No longer a bevvy reserved for stubby-wearing blokes with a hard-earned thirst, beer has gone the way of the ploughman's lunch and updated its status from bogan to boutique. Whether you're a complete beer novice or can pick a pale ale from a lager with a mere whiff, Brewsvegas has something on the menu for you. So go now, Brisbane — drink up and stay classy in the pursuit of hoppiness.

What: The Sabbat
When: Sunday March 23rd

One of West End's newest kids on the block has fast become a favoured hangout for the beer-drinkers of Brisbane. Kicking off Brewsvegas week, TBL's pipes will be commandeered by Ipswich brewers Four Hearts and the bros from Brewtal, with the harmonious 'hard-folk' sounds of Li Li Kite keeping the chill vibes at a healthy decibel. The Bearded Lady makes her second Brewsvegas appearance on Thursday 27th when the good people from Sunshine Coast Brewery and Bacchus Brewing run the show. Plus beards. Many beards. The fun continues with 'Ink & Drink', a celebration of beer and tattoos in conjunction with the West Side Tattoo on the same night.

What: Beerkary
When: Sunday March 23rd

Beercarons are Brisbane's answer to the cronut — your move, Dominique Ansel. By some act of kitchen wizardry, Beerkary Bakery have created four beer-based flavours of macaron: Golden Paw with malt cream and lychee jelly, Red Tail Ale with a bitter caramel filling, Bon Chiens with crystal malt and champagne jelly, and Black Snout with a caramelised milk core. Beerkary's selection of baked goods will be available at West End's Bosc, plus plenty of that thing that's holding this whole week together — craft beer. 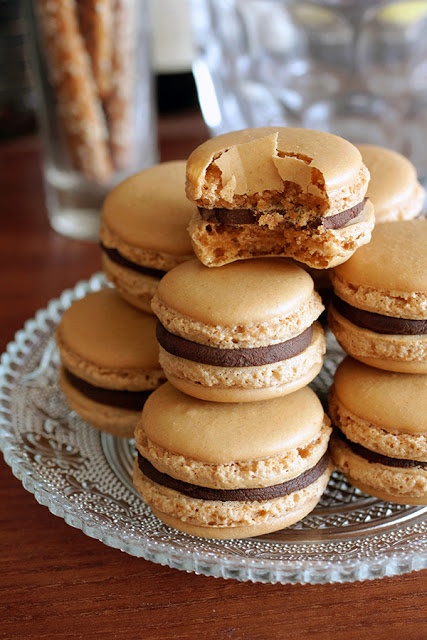 Arriving at home, work, or a baptism reeking of beer is usually frowned upon, but Brewski is defying social convention and fostering an appreciation for pubby parfumerie. In what could be the greatest scent-sation since Cosmo Kramer's 'The Beach', Brewski are teaming up with Damask Perfumery to whip up a collection of single-hop infused colognes. Brewski are pulling out all the stops for Brewsvegas, hosting a total of four events. Always wanted to start your own brewery? Better scoot down and see them on Monday 24th.

Tip your hat to Tippler's Tap, who earn an A+ for effort and are set to host a grand total of seven Brewsvegas events. Tickets are going like hotcakes for Tippler's night of nights, the star-studded (maybe) prestigious (not really) Instagrammy Awards. Enjoy a three-course meal and beer pairing as the winners of Brewsvegas' photography competition are announced. I sure hope Cate Blanchett wins.  Otherwise, you can see 10 local breweries face off in Brisbane's first annual Untappd awards on Thursday 27th. Fingers crossed, Cate!

At Embassy, beer profiling is the new wine profiling. The head brewers from White Rabbit Brewery, label overlords of Little Creatures and Pipsqueak, will be flying in for Brewsvegas to help you (yes, you!) brew your own signature coldie. You will be welcomed back post-fermentation to enjoy the fruits of your labour, plus sample four other great beers from Little Creatures and White Rabbit as you enjoy a canape dinner, with each course designed to compliment the beers perfectly. (Hint: There are only 20 spots available for this brew-tastic event, so be sure to book fast!) If you can't make it on Wednesday, swing by on Monday 24th for a beer-gustation or Saturday 29th for live art collabs (Dean from Hungry Kids of Hungary will be performing) and a spit roast. Prost!

Can you can-can? After a few days of celebrating Brewsvegas you'll probably think so, but let's leave it to the professionals. Demonstrating that life is, indeed, a cabaret, The Scratch will be the setting of sassy skits and burlesque from the best in Bris. If you haven't yet, be sure to sample the four specially brewed Green Beacon beers. Then, after burning off a few superfluous brain cells, raise your brew IQ on Saturday 29th where an all-star 'Alementary' panel will answer your burning beer queries.

What: Milking The King Brown
When: Thursday March 27th

Capping off the Brewsvegas shenanigans (shenanigi?), Bitter Suite invites you to Milk the King Brown (no, not the infamous Queensland snake). Instead, it's the unveiling of a collaborative brew, King Brown Ale, from Moutain Goat and the Bitter Suite team. (Hint: Bookings are essential and tickets are $20 with some inclusions. Reserve a spot here.) If you can't wait for this very exciting premier release, call in on Wednesday 26th for the launch of two exclusive 4 Pines brews, or on Saturday 29th to raise cheers to the hair of the dog with Dog's Breakfast: cocktails using Rocks beer.