These Are Brisbane’s Best Openings Of 2018

Heading into the holiday season takes its toll on the social calendar, and ‘hectic’ doesn’t even begin to describe the mad rush to get shit done before everywhere shuts down over Christmas.

On the other side of the Christmas/New Year’s palaver is a calmer tide, and because of this we recommend postponing those pre-Christmas catch-ups until well into January. Take a beat and some time to get familiar with everything you might have missed this year. Here are the best places that opened in 2018.

Trading within the hotly anticipated Calile Hotel on James Street, Hellenika is cradled in an inner-city oasis where it always feels like the first day of a summer holiday. Already one of the best restaurants on the Gold Coasts, Hellenika’s Greek feasts are the ultimate summer repast and modelled after traditional tavernas. Start things off with a tipple in the Lobby Bar and make sure you order double of the octopus.

Named after a seminal businessman who helped establish Brisbane as a city, Beirne Lane is an homage writ large to TC Beirne. Like their namesake, the Lane is fast becoming known for their inexhaustible hospitality (as evidenced by their 24/7 opening hours), and a deep-seated love for Japanese food. Come by for a katsu sanga sometime, they never close. 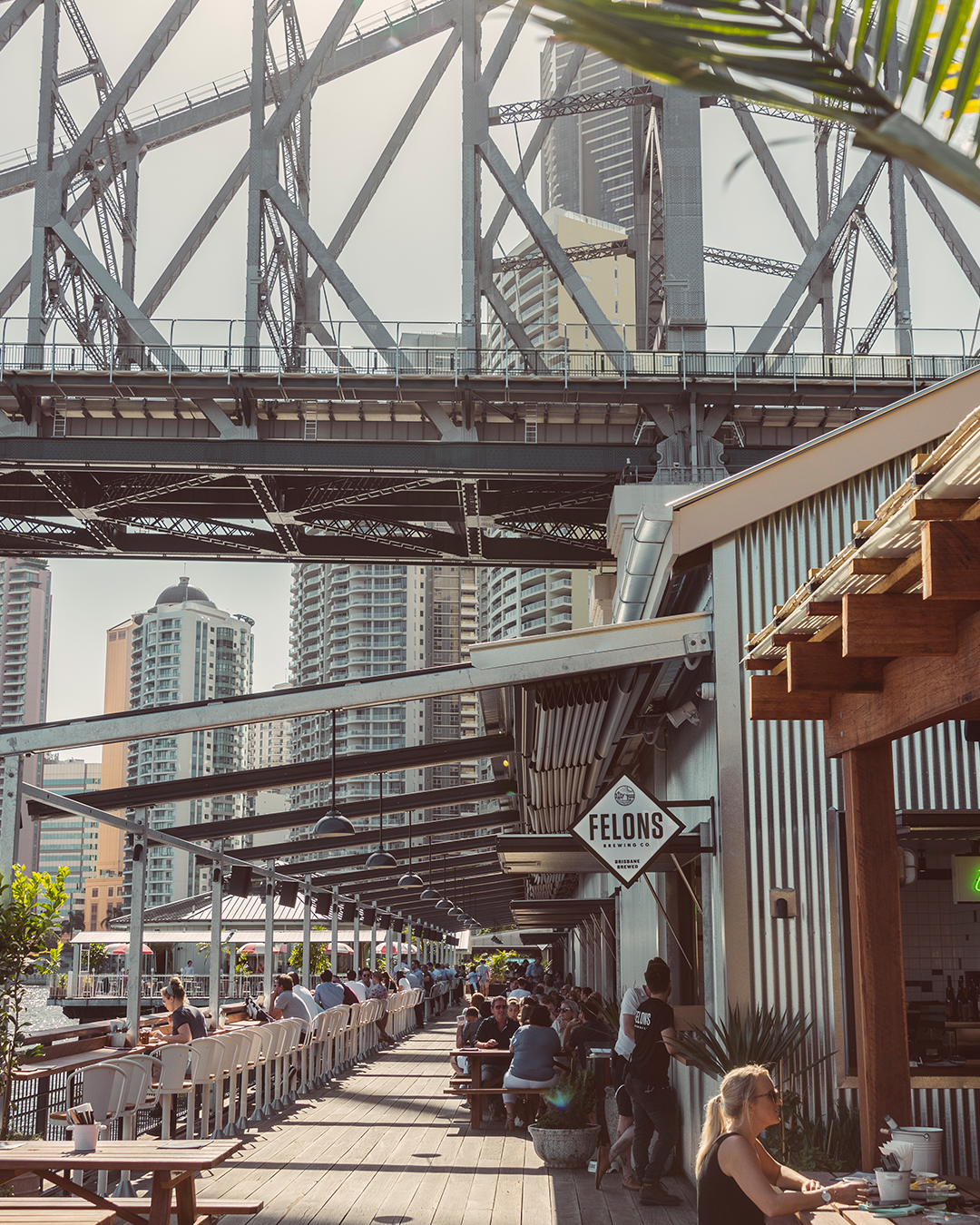 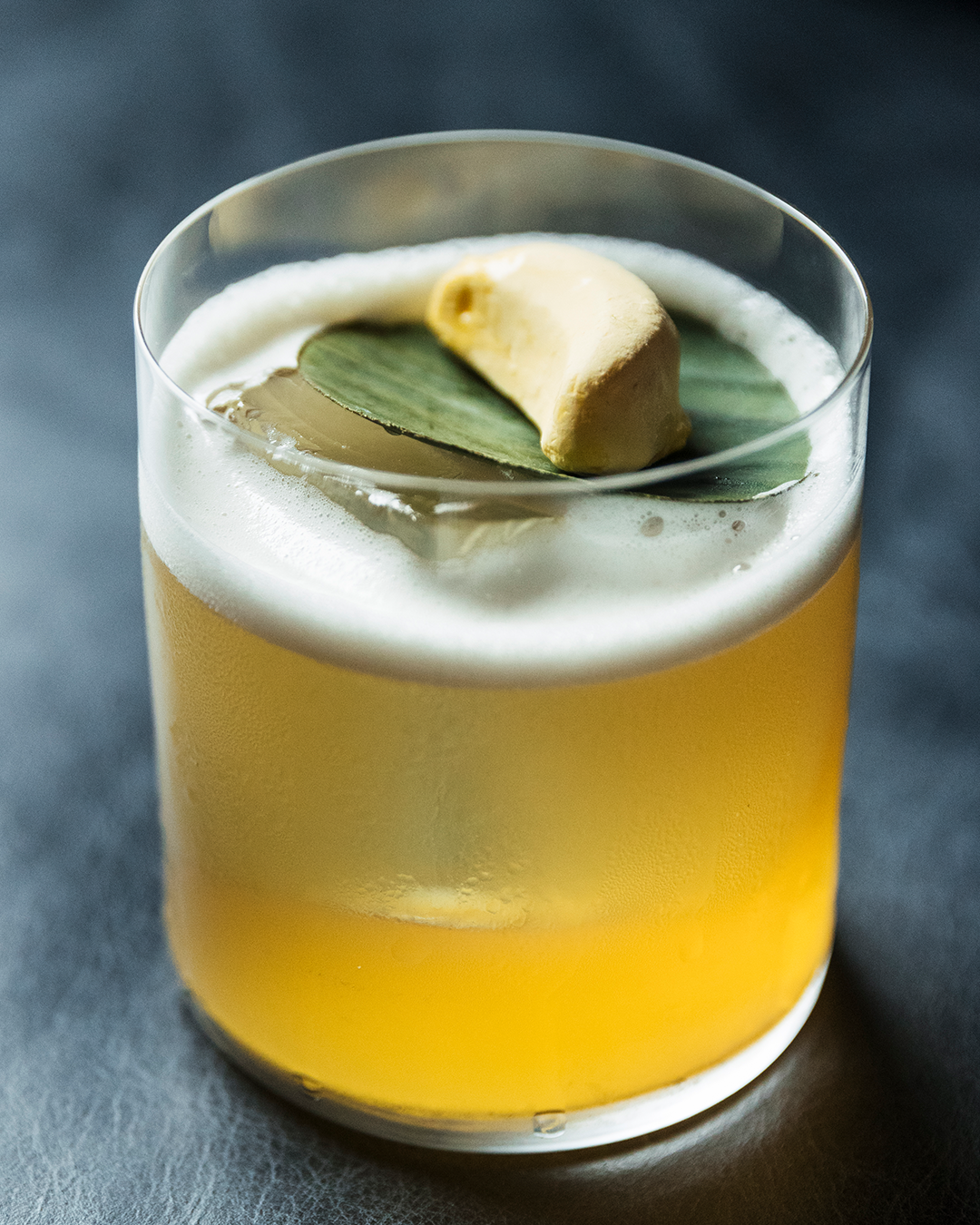 Brisbane's very own pink paradise. El' rosa by Arc + Family is James Street’s alfresco coffee space our summers needed. The breezy, sun-drenched courtyard is home to pots, plants, all things pink and giant cacti (seriously, the 'gram ops are endless) and they serve up coffee and pink drinks daily.

Ashleigh and Ben have created a stunning, one-of-a-kind space in the heart of the Valley, with El’rosa being full of happy, loved-up vibes. Your morning coffee has never looked so goddamn pretty!

Before Felons, a brewery on the river was the one thing this town was missing. Named in honour of the four miscreants who discovered the Brown Snake way back in 1823, Felons proudly sits on the shore pouring glasses of everything from pale ales and crisp lagers to IPA and even apple cider. Add some traditional fish and chips in the boatyard and now we truly have it all.

The third member of the Cobbler and Savile Row gang, Finney Isles has created an old-world saloon behind a bright blue door. Expect yet more of the most finely crafted cocktails on the strip (their only competition is sister venue Savile Row), and a darkly intimate space in which to enjoy them.

Taking over the digs of the late Cafe Grenadine, Florence Cafe is a heartchild of Elizabeth Florence and Sam Pethely. Their focus is on tasty, nourishing food, which is all made on site from fresh and seasonal ingredients. For a fun romp around what they do, check out their sunday lunch shared menu which is just $30 including BYO. 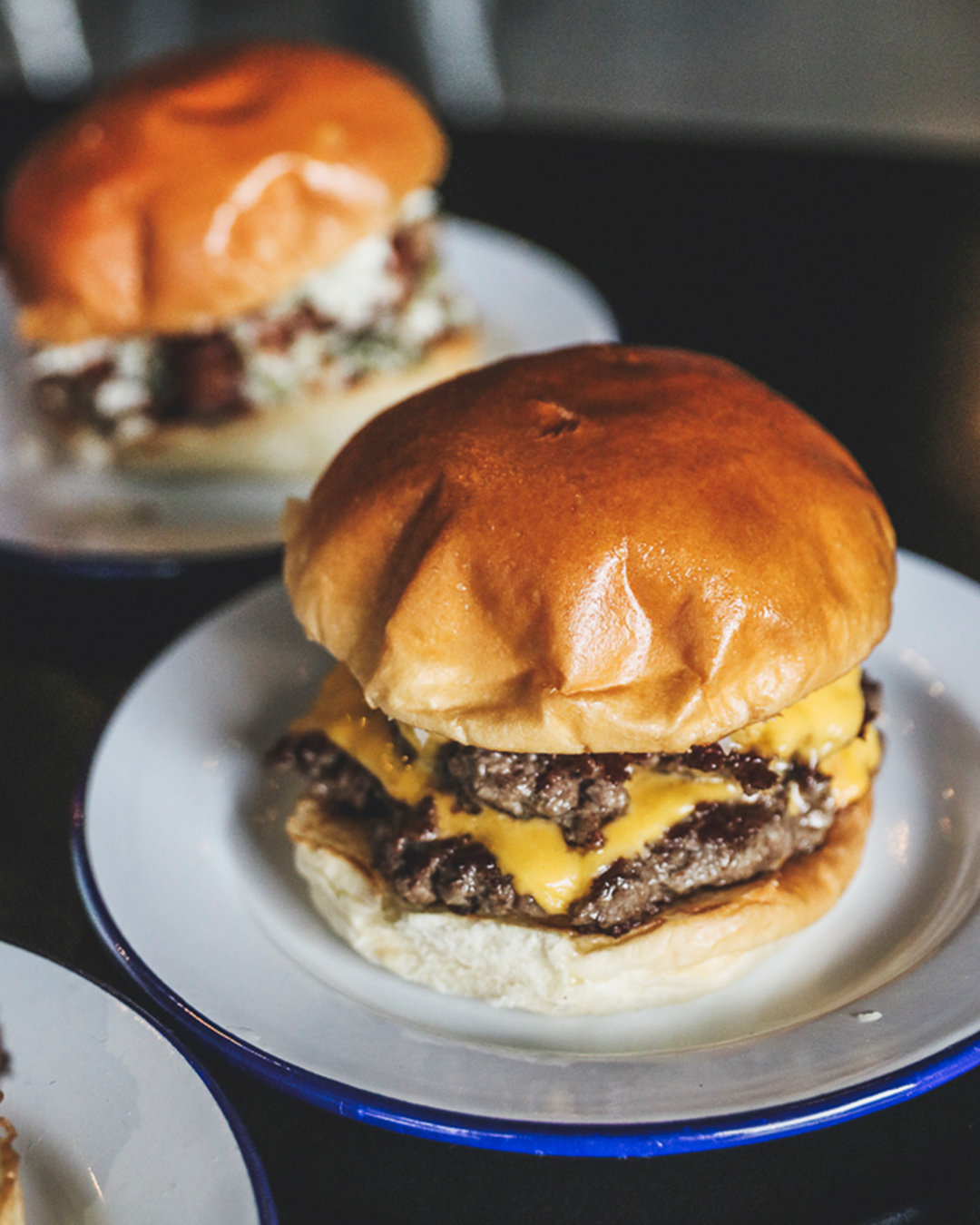 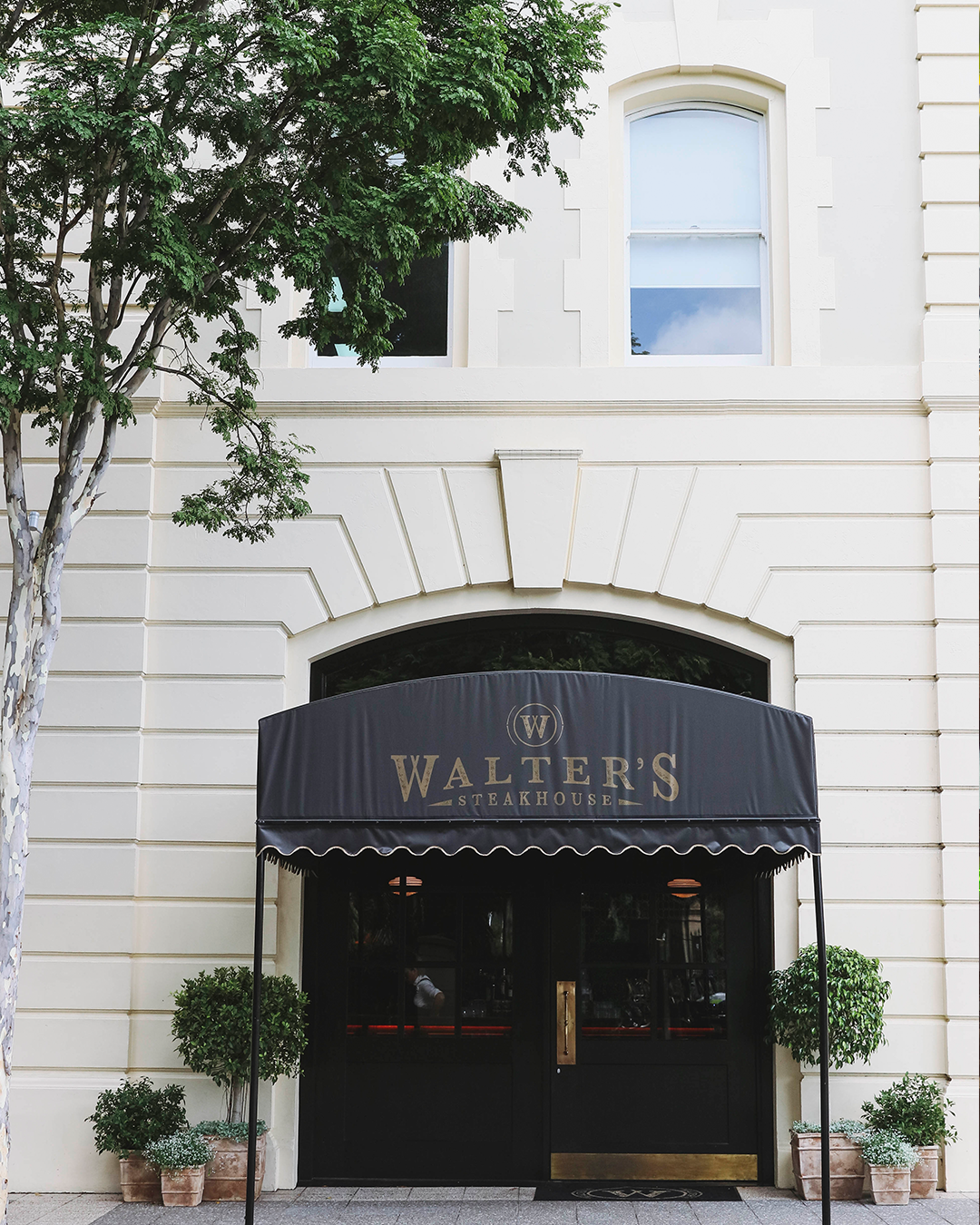 Brought to us by the PopMega group behind Hai Hai Ramen, King Tea, and Special Rub comes the modern izakaya Superfly Funk Eye. Their operation pairs authentic Japanese dishes, including bao and donburi, with local wines in the ultimate collision.

Already in Byron, Rosebery and Bronte, Three Blue Ducks is a growing syndicate of restaurants with a commitment to ethical consumption. Before arriving at W Hotel, the owners paid a visit to local producers to ensure their first inner-city location could tote the mantle of their ethos. However the complexity is only in the logistics because when it comes down to it, Three Blue Ducks is just about three things: real food, great drinks, and good service.

From the minds who brought us the vibrancy and cacophony of the overgrown Longtime laneway, Hôntô might just be this city’s best and most modern Japanese restaurant. Their dark and shadowy digs harbour the ÔÔ cocktail lounge, and an all black dining area lit only by the light from the open kitchens. Their menu breaks down into raw starters, smaller bites that let you build a meal that samples everything, and big plates that are features of their own like the whole fish karaage. 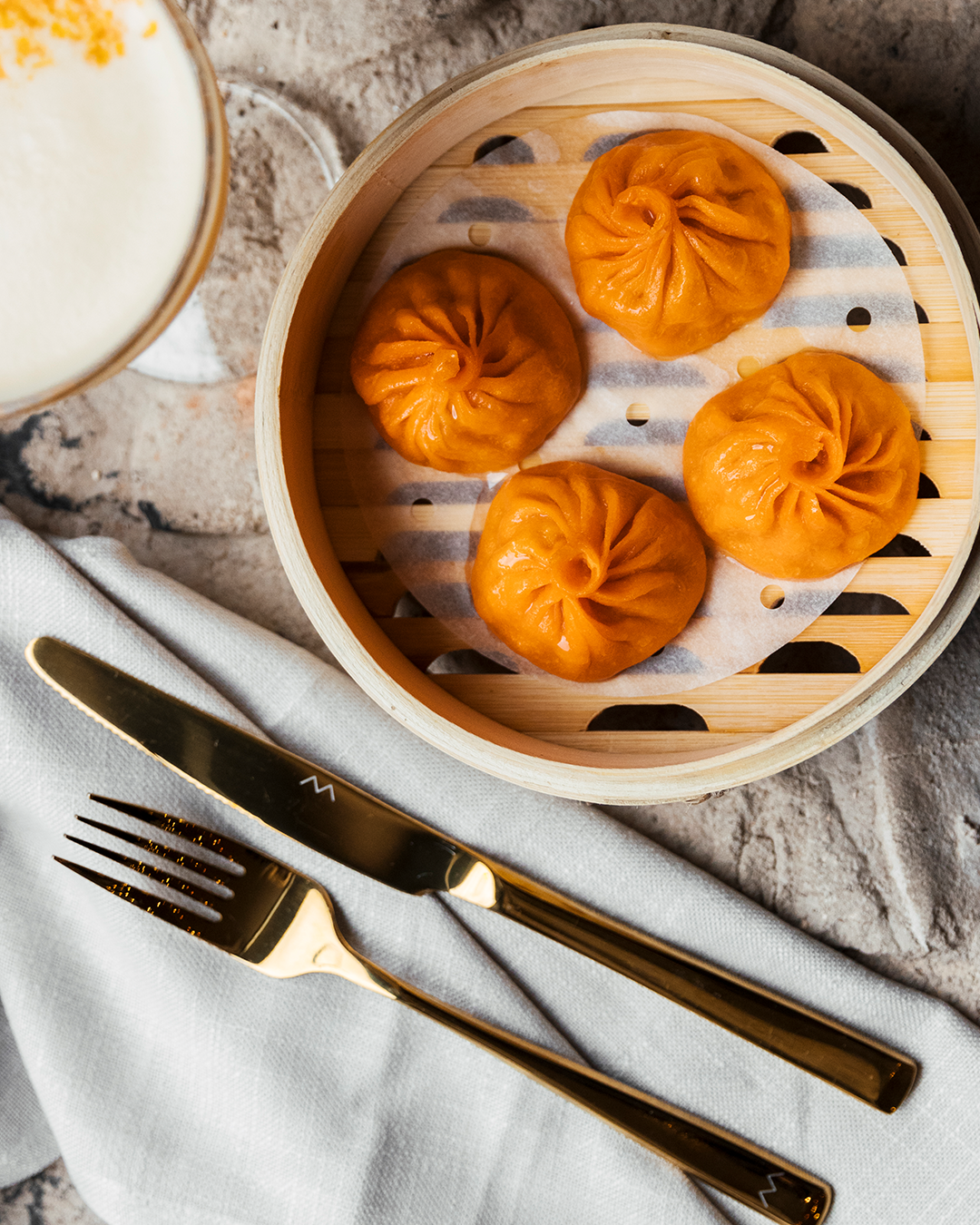 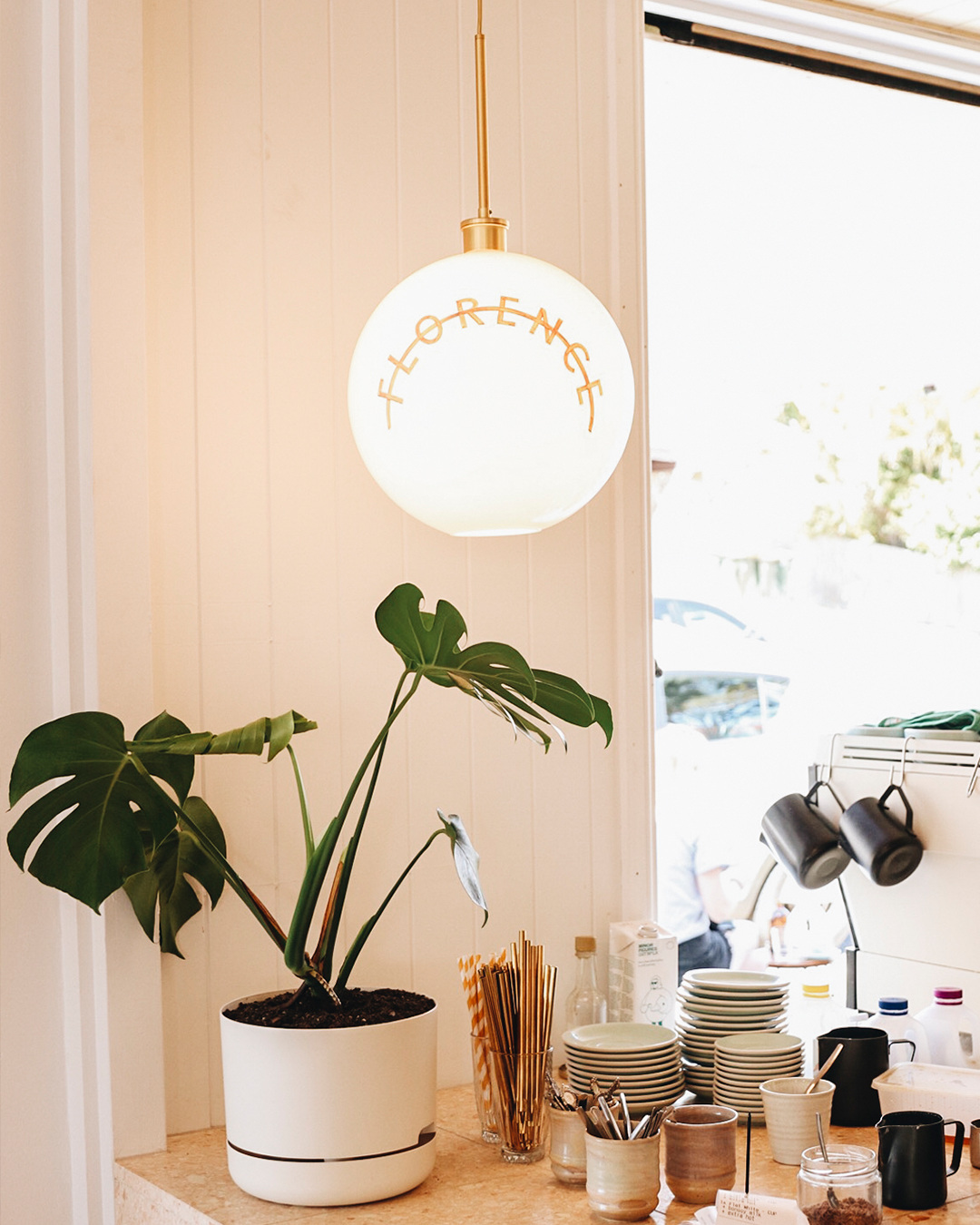 Setting the trend of contemporary luxury in major cities such as New York, Paris, Hong Kong, and 77 others worldwide, the Brisbane edition of W Hotel is every bit as jaw-dropping as you'd expect. With 312 rooms the property features a swish open-air pool and bar, a restaurant residency courtesy of Byron Bay icons, Three Blue Ducks, a sleek day spa, fitness facitilies, oh, and uninterrupted views of the Brisbane River and Southbank.

Billed as a neo-Chinese restaurant, bar and beer garden, Little Valley is a conglomerate of regional Chinese cuisines, taking cues from all over to compile their menu which offers yum cha lunches, banquet dinners, and a variety of small and large plates for in between. Started by the team behind the famed Rick Shores, Little Valley brings us some of the most refined Chinese dining in town.

The brainchild of Peter Shaw, breakfast at Hobby Lane is the carrot coaxing us out of the inner-city tangle, and Christ are we grateful. Our weekday favourite is the mushroom toastie with Swiss flats, halloumi and romesco, and when it comes to weekend breakfast we can’t see past the eggs Benedict menu. Chase it up with a Butterbing affogato to get real decadent.

Since Restaurant Two peaced out, there’s nothing finer to take up residence in their former digs than a T-bona fide steakhouse like Walter’s. Cutting the slick figure of a New York steakhouse and bar, this swankstaurant is a vision of mahogany and red leather booths. As for the menu it’s a carnivores-only zone, with all steaks cut and dry-aged in-house by Chef and real MVP Adam Herbert. Round it out with some fresh salads and potatoes then finish off with a slice of pie for the home-run of power lunches.

Blute’s Bar is bringing classic pubbery back to the Valley under the four pillars of booze, food, music, and sports. If you’re wary of anywhere purporting to be a quadruple threat for fear of them being spread too thin (you’ve been burned before), rest easy because Blute’s entire chomp situation is being completely handled by Lucky Egg next door. Yup, those crispy chicken burgers, tasty wings, and karaage cups that make us froth are all available at Blute’s along with Young Henry’s on tap and all the live sport you can ogle.

Bent on bringing the masters of food and coffee under one roof, Penny Coffee Co. is so far making good on their promise. Their all-day menu is concise and well-executed, with all the breakfast staples represented with flair, from avo toast and granola to corn fritters and hotcakes. As for that banging coffee we mentioned, Penny Coffee has your caffeination on lock with rotating blends from local roasters as well as a library of Assembly’s finest teas.

Smoking all their succulent meats with only the finest Australian ironbark, this brand-new BBQ joint is playing for keeps. Special Rub categorically shuns all varieties of gas or electric smokers for their ribs and pulled pork, which results in just the purest, most delicious slow-cooked meats in town. Get yourself brisket, a rack of ribs, fried chicken or a burger with some house made sauces and cracking sides then wash it all down with a brew.

The 2018 title for Most Likely To Succeed is shared four ways between some brand new places that we haven’t yet had a chance to try but by all accounts are slated for greatness. Within Howard Smith Wharves there’s the highly anticipated Greek restaurant Greca and overwater bar Mr Percival’s that both expect to be packed over summer. Then there’s Ripiena, a pasta laboratory where you can pick up some fresh tortellini made from scratch, and Snack Man, the addendum to Happy Boy, serving authentic small plates and quality drinks. Watch out 2019, these guys are primed abd ready for some serious foot traffic...