The Ekka starts tomorrow, and we know it's not cool to admit it, but, here in The Urban List office, the excitement is palpable. And it's not just in anticipation of the strawberry ice creams, either—none of us have been for a few years and it seems in our absence, the Ekka has grown up a bit.

There's LOTS to do, with a greater focus on fashion, food, and (gasp!) education then ever before. We dug a little deeper into what's on offer this year, to come up with our not-to-be-missed events at this year's Show. 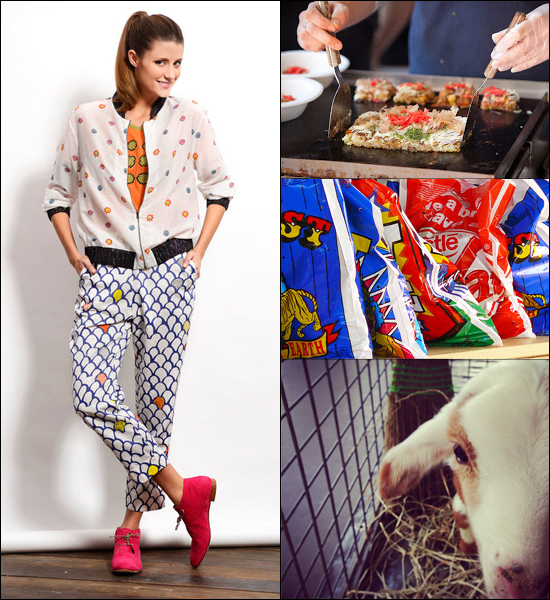 We love a fashion parade, and the Natural Fibres Parade has been a favourite with the Ekka crowds since it began in 1980. Stepping it up this year, and being held in the brand new, multi-million dollar Royal International Convention Centre, the parade will showcase the best designs in cotton, wool, silk (and more) and is not to be missed.

There are a ton of cooking demos on this year, and we are licking our lips in anticipation of what's in store. Check out the Ekka website for all the shows that are on over the course of the two weeks. Highlights include: Seafood and Craft Beers with Matt Kirkegaard, and Presto Italian Family Cooking with Dominique Rizzo. Yu-um.

The Ekka is all about the eating, so head over to the Gourmet Harvest precinct to have your meals prepared by celebrated Queensland chefs. Take a seat at the licensed restaurant for a bite to eat and, perhaps, a sneaky wine or two.

The kids will go nuts. And if you don't know about Peppa Pig, well, you're about to find out. She's a sassy little pig who is beloved by children the world over, and you'll find Peppa, along with her brother George, putting on a singing and dancing extravaganza, which is sure to keep the kiddies entertained while you chow down on a dagwood dog and steal lollies out of their showbags.

Who doesn't love Lego (except when you step on one—ow)? Well, if you're an enthusiast, you'll want to check out one of the only certified Lego professionals (yes, it's a real thing) in the world as he shows off his Love Boat creation (made with over 250,000 Lego pieces). Sexy? Perhaps not. Impressive? Definitely.

Keen to see the miracle of birth in action? Look on as little lambs are brought into the world in the uber cute, Animal Boulevard. Guaranteed to make you say, 'awww'.

I know, I know. It's not new. But if you're pretending you're going to the Ekka for any other reason, you're a fibber.

So, who's going this year? Will we see you there?