Election day coverage can be somewhat dull (unless Anchorman is involved). Essentially we all sit around watching a bunch of numbers come in. Experts tell us why the numbers look like that. They then try to predict what the next numbers will be.

Some stations, like Channel Nine, will bombard us with fancy graphics, dumbed-down explanations, and attractive presenters to try to make the whole process more interesting. The ABC will stoically stick to the boring basics in the name of journalistic integrity.

Whichever coverage you opt for, our patented election drinking game will make it better.

Just be thankful that you're even allowed to drink on election day, because in some countries (like Argentina), all bars and bottle shops are closed for 24 hours to prevent drunken voting.

On that note, here is The Urban List, 2013 Election Drinking Game. If you are under age or don't drink, play it like bingo.

We recommend you only do this for a couple of hours when all the action takes place at the end of the day. Don't start first thing in the morning on election day unless you want to end up with alcohol poisoning.

And don't forget to vote. 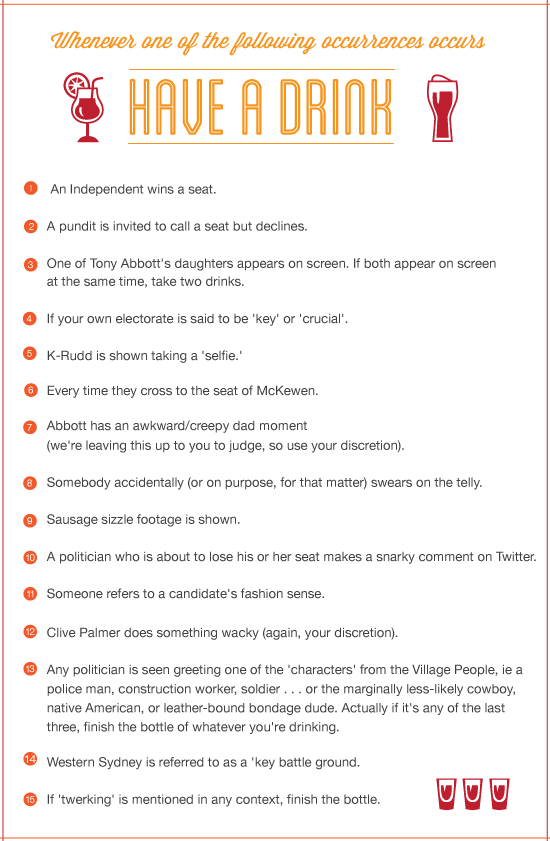 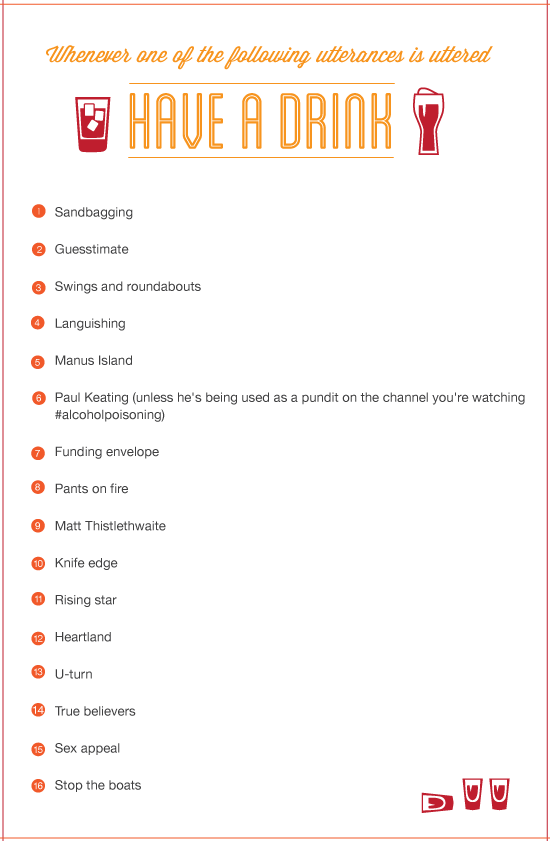