Good things are happening on Minjerribah (AKA North Stradbroke Island). Not only are glamping tents and beachside cabins coming to the southern end of the Adams Beach campgrounds, but the government just unveiled a spanking new mountain bushwalking track.

It’s called the Mount Vane walking track, and it sounds pretty speccy. The trail runs for two kilometres, leading up to a 360-degree lookout over Moreton Bay and Quandamooka Country. It also links in with other trails inside the Naree Budjong Djara National Park – all together, they make a sprawling 10km trail network that spans Karboora (Deep Silent Pool) and a bunch of mountain peaks, with views all the way to the Gold Coast. Not too shabby. 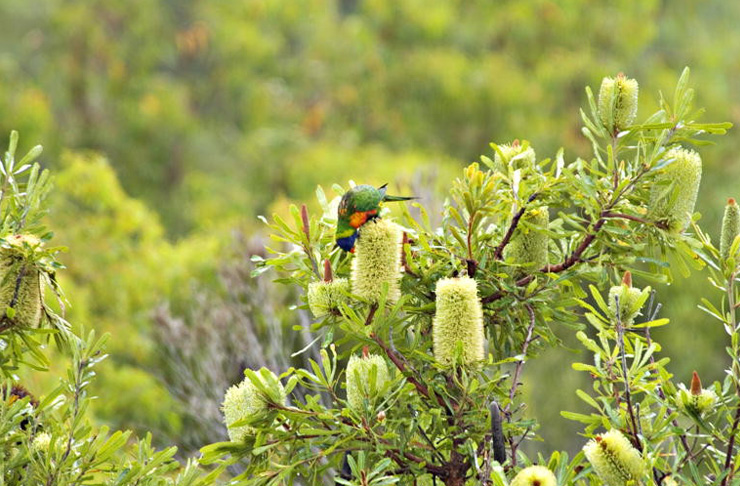 The best part? The Mount Vane track was designed and built by the Quandamooka people, North Straddie’s traditional owners, including 20 local rangers. The Quandamooka work with Queensland Parks and Wildlife Service to look after Naree Budjong Djara National Park. There was no-one better to sustainably carve out the Mount Vane trail.

“Ecotourism makes sense for Minjerribah. More than 20 Quandamooka rangers were involved in the design and construction of this track and research has revealed that walking tourism alone has the potential to pump $16 million a year into the local economy,” says Tourism Industry Development Minister Kate Jones.

Mount Vane is the latest in a bunch of new walking tracks and camp developments to be announced over the last 12 months. We’ve also seen a walking track connecting Palm Cove and Port Douglas, a new trail on the Scenic Rim,  and the never-ending Brisbane Valley Rail Trail. Now Straddie is getting a piece of the action.

You can get more info on the Mount Vane track over here.

More of the sitting down type? No problem. Check out these cosy cabins in the Sunshine Coast Hinterland.