An Endless Labyrinth Of Doors Is On Its Way To Brisbane

Closing a door in the visual art installation 1000 Doors doesn’t open a window, it just leads you further into the twisted mind-labyrinth of installation experts Christian Wagstaff and Keith Courtney.

If the names ring a bell, it’s because Christian and Keith were the guys behind the upside-down crosses at Dark Mofo, as well as last year’s House Of Mirrors (an installation so disorienting some people actually got stuck inside). And after scaring people senseless at the Melbourne Festival last year, 1000 Doors is heading our way. 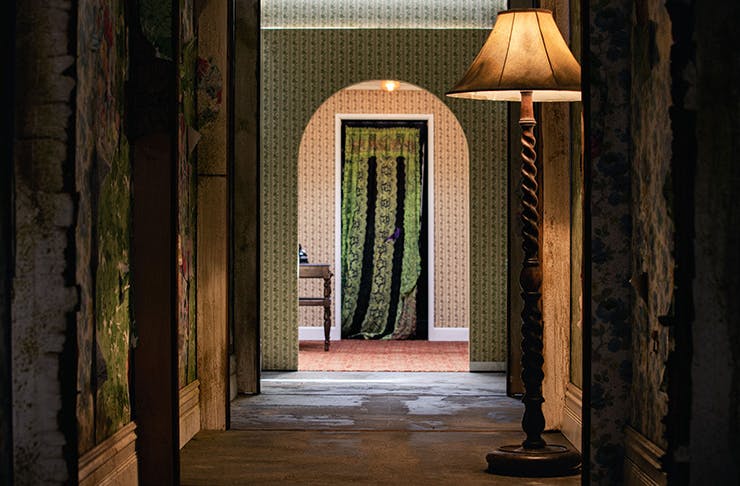 The installation is a part of Brisbane Festival (you may have seen something about the Botanic Gardens being set on fire. That’s the same deal). If you hadn’t guessed, it’s an endless labyrinth of doors, screens, portraits and gateways. Anyone with a phobia of doorknobs, do not apply.

Will you get trapped inside a maze of doors which could still be very well be haunted by past inhabitants, fueling your nightmares for years to come? It's entirely possible. But if the idea of being lost in somebody’s mind palace appeals to you, 1000 Doors will be popping up at Treasury Brisbane Arcadia in South Bank's Cultural Forecourt from 6–28 September. Tickets are $10 a pop.

In the meantime, hit the streets and hunt down Brisbane's coolest street art here.