We caught up with Sean Graham, Director of the Red Deer Music Festival, to talk Turkish food, mounted deer heads, and his picks of this year's festival. 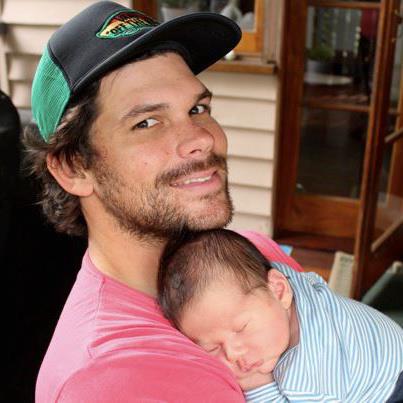 TUL: Describe in one sentence what you do for work?

I'm a teacher and I'm also one of the Directors of the Red Deer Music & Arts Festival.

TUL: How did Red Deer come about? What do you think has made it a success?

Julz and Bas (the other Directors) and I are all mates from school and we're passionate about live music. We have all been to our fair share of music festivals up and down the East coast, but felt Brisbane was lacking a BYO camping music festival, our favourite type! Julz's parents' old deer farm in Mt Samson, the paddocks we camped out in during high-school, was the perfect location so we set about turning this dream into a reality.

This year is our 4th festival and it continues to grow. The success of Red Deer comes down to making sure every decision we make has the best interest of the festival goers in mind, Red Deer is a festival "for the people, by the people" - we're all about making sure everyone has a really positive and fulfilling experience.

Standing amongst the crowd during one of the acts and looking around seeing happy faces.

TUL: What is your music background?

I played alongside Julz (one of the other Directors of Red Deer) in a band as a percussionist for several years after school. One of the driving forces behind Red Deer is to give unsigned artists an opportunity to play at a music festival, certainly an opportunity that we strived for. I've got an open mind (or ear) to all genres of music, I particularly love watching artists and bands live who genuinely look like they're enjoying themselves on stage.

TUL: What is your ideal holiday destination?

Depends on the weather, but I'm going to go with pear cider.

TUL: Best gig you've ever been to?

Well besides Red Deer, I'd have to say our 10 car convoy road trip to Falls Festival a few years back.. Michael Franti's set was pretty memorable.
TUL: Best way to spend $50?
Sushi train.
TUL: Best way to spend $500?
Weekend in Byron.
TUL: Best restaurant in Brisbane?
Caravanserai Turkish restaurant in West End . . . yum!
TUL: Best bar?
The Junk Bar in Ashgrove is pretty cool . . . It's the Red Deer headquarters - they have massive mounted Deer heads on the walls, we're meant to be!
TUL: Last place I went for dinner…
Japanese at Sono, Portside . . . Amazing!
TUL: Which band/artist do you predict will be the hit of the festival this year?
Well I'm pretty excited about seeing The Grates, it's been a while since I've seen them play and they're such a fun live show, but I'm also predicting The Kite String Tangle to be a real hit - Danny is a Mt Samson local and has been making a real impact on the Australian music scene with his alternative electronic solo project and also in his other awesome band, Pigeon.