The Beer Weekend Of Your Dreams Is Coming To Brisbane!

The Brewsvegas Craft Beer Festival is more than just a classic example of Sunshine State punnery. It’s a symbol of hope in a thirsty world looking down the barrel of a hops shortage, and this year Brisbane’s favourite watering hole, Woolly Mammoth Alehouse is hosting the woolliest, mammothest weekend of the season with two back-to-back rumpuses.

First up we’ve got a perfect circus. Bet you thought graffiti was just for people with too much artistic expression and not enough canvas at home, right? THINK AGAIN. Woolly Mammoth is inviting local street artists inside to furnish the blank spaces of the alehouse over an epic afternoon including live hip-hop and DJ sets. But the revels won’t stop there; it wouldn’t be Brewsvegas without some seriously good beer, and this afternoon will also honour the combined forced of independent brewers, Cavalier and Black Hops, with the launch of their exclusive, hand-crafted collaboration brew. 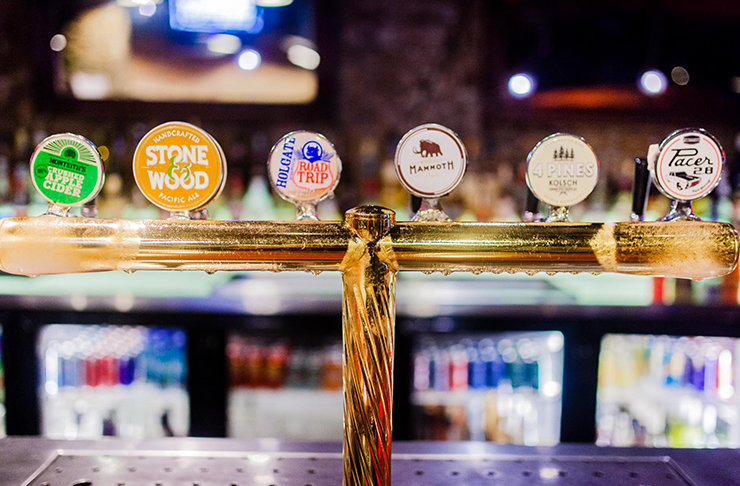 Then, on Sunday, we’re looking at a Wild West Feral Tap Takeover, which is about as much alliteration as you can handle on the second day of a bender. Feral Brewing Co. is going full William and conquering all 23 of Woolly Mammoth’s craft beer taps with their fresh flavours express from WA #exotic. To cap off this weekend of beery madness, Woolly Mammoth is chucking a whole spit-roasted boar into the mix to turn this rollicking weekend into a feast for your inner barbarian.

And if you happen to miss it (shame on you!)? Woolly Mammoth will be bringing more

Editor's note: This article is proudly sponsored by Woolly Mammoth and endorsed by The Urban List. Thank you for supporting the sponsors that make The Urban List possible.