We know what you’re thinking; only a crazy person would try to take on New York City in 48 hours. And, you'd be correct. But we’re a little bit crazy here at The Urban List and we like to make the most of every minute, so if all you can manage is 48 hours in the city that never sleeps, you damn well better take it. If you can manage more, lucky you—we’ve got some extra tips for you at the bottom!

Make your life super easy and book as much as you can before you go. We used Expedia to book our flights, hotels and a couple of the amazing tours we did (including the Brooklyn pizza tour—yes, it's New York, of course there are pizza tours).

If you really love the hustle and bustle of city life, you’ll want to stay at Arlo Nomad or Moxy Times Square. Both of these boutique hotels are next level and while the rooms are small, they are well designed and have plenty of communal living spaces so you won’t feel too cramped. On the other hand, if you like to escape the crowds every once in a while, you’ll want to book yourself a room at Arlo Soho. Not only is it a little more chilled, it also has a candy store in the lobby, two bars (one on the rooftop—heck yes) and a fab restaurant, Harold’s Meat & Three.

There is no time to waste. Get up and grab a quick breakfast. If you’re staying at Arlo Soho they have a delicious buffet where you can get your avo fix, and if you’re at Arlo Nomad there’s a bodega downstairs which sells delicious things like avocado and fried egg croissants. Must I go on?

Speaking of, Red Rooster in Harlem is an absolute must—and not just for the food (though you absolutely must order the crispy bird sandwich). If you can spare an evening to head here, there is live music every night except Wednesday. And, if you can manage to get there on a Sunday morning, there’s a gospel brunch downstairs in Ginny’s Supper Club and we’re willing to bet it would be one heck of an experience.

You’ve got a couple of hours ahead of you so it’s time to decide what you want to do next. If you’re gagging to see all of the tourist attractions, do yourself a favour and buy a NYC City Pass and take your pick from The Empire State Building, The Natural History Museum, The Met, the Top Of The Rock or one of the other attractions included. Let’s be honest, you can’t go to NYC and not indulge in some of the touristy stuff.

If it’s a nice day, you’ll definitely want to head to the top of The Empire State Building or Top Of The Rock to take in some seriously wow-worthy views. If the weather’s not so good, head to the Natural History Museum for a bit of fun or the Met for some culture.

If you really want to avoid all the tourist attractions, head to lower Manhattan for a spot of shopping. RIP credit card. 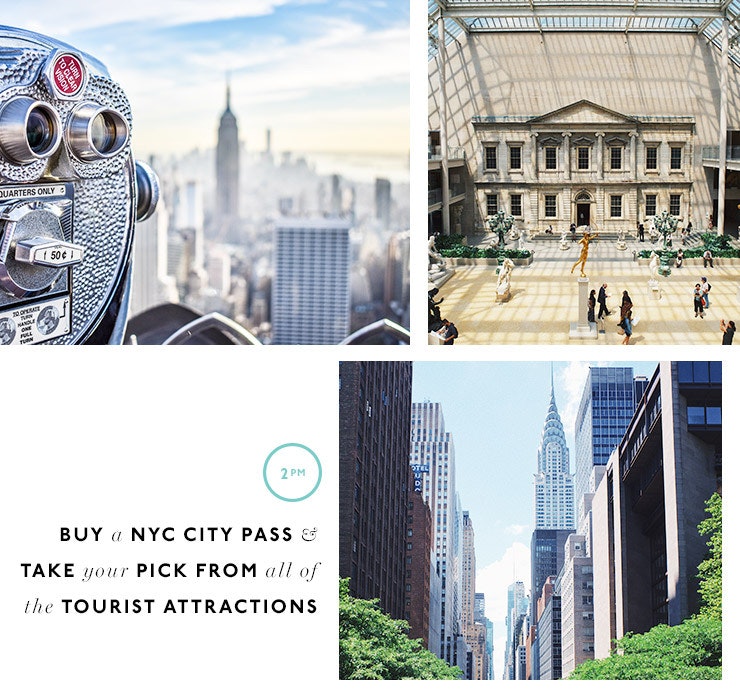 If you’re not staying at Moxy Times Square, head to their rooftop bar, Magic Hour and just take a minute to check out the Empire State Building in all of its glory. Now that’s done, order yourself a Float My Boat cocktail—tequila, caramelised pineapple and jalapeno syrup—a Maine lobster roll and the carnival potatoes. On second thought, maybe just forget what we said about not filling up.

Once you’ve downed your last delicious cocktail, head to Madison Times Square and get ready to spend the rest of your night drinking cheap beer. Whether you’re a mad sports fan or don’t know the difference between NRL and NFL, going to a live sports game in America is a must—we don’t really care what sport you choose, just try and get yourself to Madison Square Garden, because New York. The basketball and the ice hockey are both loads of fun, just choose a team (the home team please) and start cheering! Our hot tip: jump on US Sports Tickets and lock your tickets in before you leave Australia!

On the tour you’ll go to Grimaldi’s and taste the best damn Margarita pizza of your life—just watch this and try not to salivate. You’ll also head to L&B Spumoni Gardens for a Sicilian-style pizza which is also pretty excellent, but it’s about more than just the pizza. You’ll drive through all the neighbourhoods of Brooklyn, which are beautiful, and you’ll finish up with a walk through Coney Island. The tour officially ends in Manhattan, but you’ve got more of Brooklyn to see so let them know you're going to jump in an Uber and head to Brooklyn Brewery. 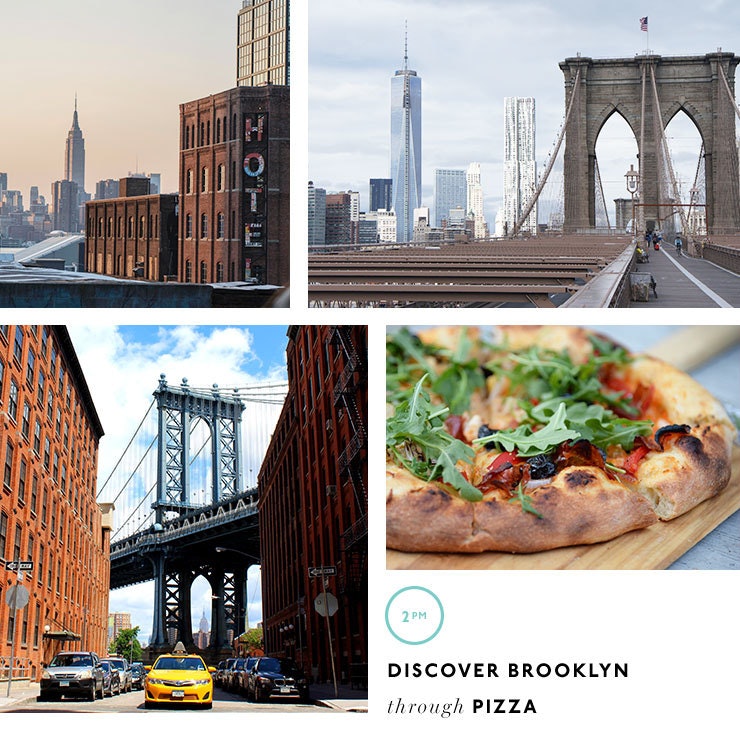 There’s often live music here, so if you’re lucky enough to have find something good playing, stick around and enjoy the show. Otherwise, it’s time to move on.

Wythe Rooftop Bar is just across the road and there are some stellar views of the city, and if that doesn’t tickle your fancy, head to Westlight Rooftop Bar which is on top of the William Vale hotel. 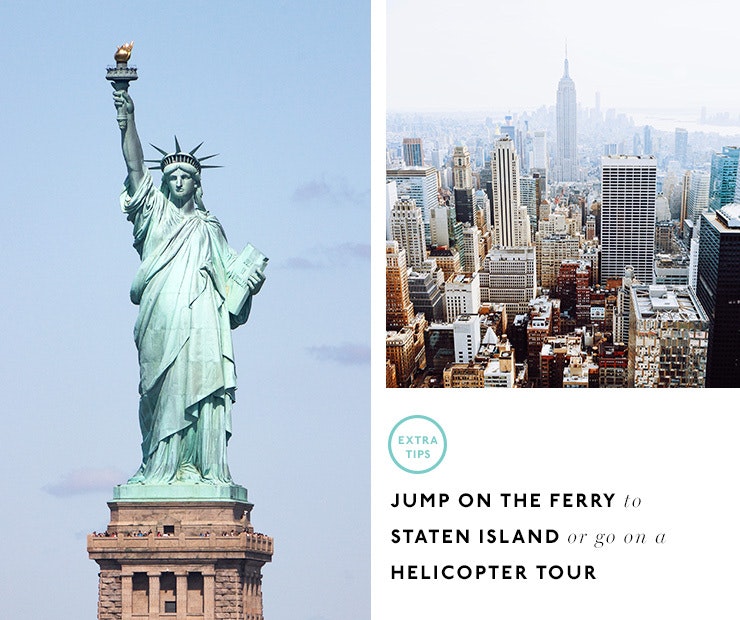