The sun is shining, flowers are blooming, and Melbourne is shaking off her winter coat. It's spring and we're gonna celebrate! And what better place to raise a glass than at Melbourne's best new restaurants, cafes and bars. Here's what's opened lately and what's hovering on the hospo horizon. Get excited and get booking, Listers!

You might want to blame a hole in your bucket for the speed at which your mountain of finger lickin' ribs disappears at new St Kilda restaurant, Dear Liza! The focus at Dear Liza is on buckets of mouth-watering ribs, build-your-own salads, and fresh seafood, washed down with beer of course!

Also on the bar front, Polepole is a new East-African inspired watering hole and eatery on Little Collins Street. Munch on bars snacks like pork-filled cigars, while sipping on inventive cocktails. If you're more into frothies, proceeds from African beer sales at Polpole go to charitable organisations like YGAP.

After building much hype on social media, Shortstop Coffee & Donuts finally flung open their sugar-glazed doors in Melbourne CBD. And with gourmet doughnut flavours like apple, bacon, honey and thyme, and bourbon crème brulee, the people of Melbourne are going mad for Shortstop's doughy delights.

Another exciting new Melbourne bar opening was the swingin' Forester's Hall on Smith Street. The beer and music hall features live music, pizza and over 32 craft beers across 50 beer taps. Open LATE, this party palace has been the cause of many a sore head around the TUL office. 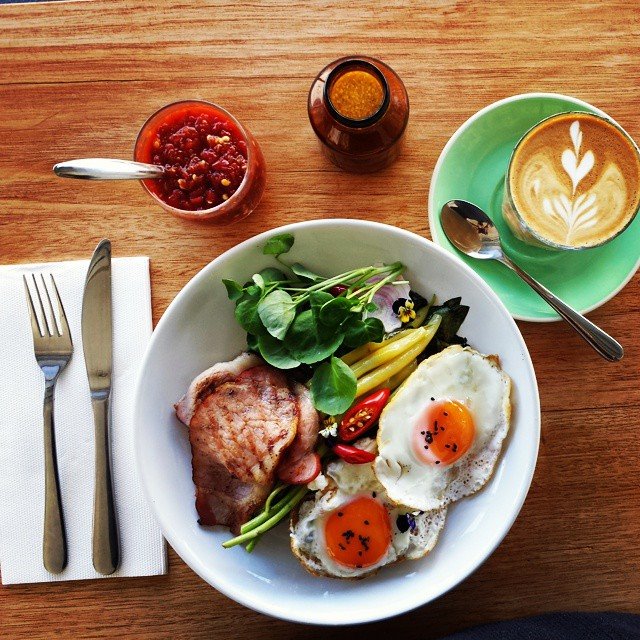 Also in Fitzroy, Mighty Boy is a new café on Gertrude Street garnering accolades for its South East Asian inspired food. Currently serving brekkie and lunch only, there's nothing on the menu over $14. Might good news, breakfast lovers!

The very start of this month saw Green Park emerge from what was previously St Ali North. This Carlton North café, restaurant and bar is open seven days, from 7am til 11pm. Drop by for breakfast, lunch or dinner, or settle into the bar for an evening tipple and some charcuterie. Yup, Green Park does a lot, but it does it well.

You've had their delicious Asian-inspired tarts and sweet treats at the likes of Flour Market and some of the best restaurants and cafes around town. Now the inimitable Nora have opened their own bakery and café on Elgin Street. Head to Nora for some of the best breakfasts in Carlton, plus those delicious tarts.

In more sweet news, Miinot Gelato is the newest gelato shop on our radar, scooping up to the fine folk of Pascoe Vale South, just in time for the warmer weather. 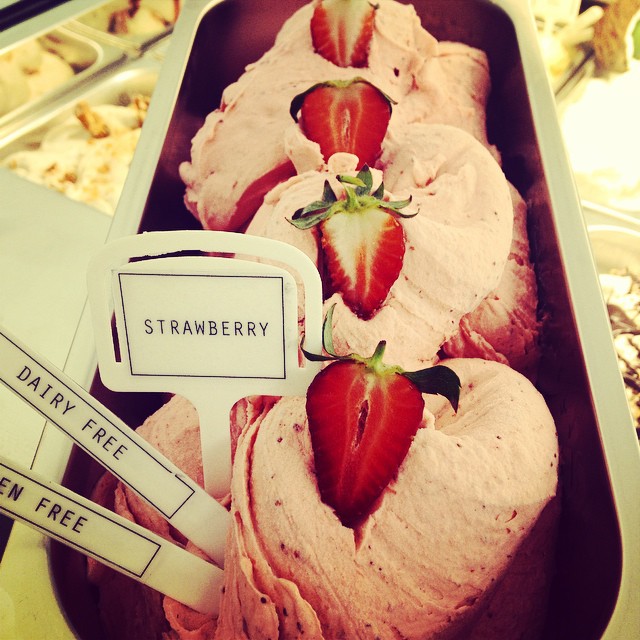 So what's on in Melbourne foodie news for the rest of October and beyond?

Well, di Francesco's been a busy boy, and a new 300-seater 400 Gradi is set to open in Crown this month. Now Melbourne's best pizza is even more accessible!

Starting this month, Melbourne's best burgers will be up for grabs in Carlton! That's right, our beloved Huxtaburger has set up a pop up within the John Curtin Hotel on Lygon Street. Beats and burgers = good times guaranteed.

For those lamenting the lack of tasty lunch options in the Docklands, get excited because Home Juice will be opening their doors on October 13th! Located smack-bang opposite the Channel 9 headquarters, Home Juice will be dishing up a lip-smacking range of organic cold-pressed juices, smoothies, salads, raw desserts and take-home cleanses made fresh on site each morning.

Come October 22nd, Lygon Street will see the arrival of Heartattack and Vine. This all day café-cum-bar is one we're super excited about – as the team from two of Melbourne's best cafes (Wide Open Road and A Minor Place) are at the helm. Touted as a Venetian-inspired cicchetti bar, Heartattack and Vine will be your new favourite spot for your pre-work espresso and pastry, or knock-off wine and Italian style bar snackage. Porchetta roll, we're looking at you.

In case you missed our squeals of excitement, we recently shouted from the rooftops the news that our favourite Melbourne bar and fromagerie, Milk the Cow, is set to open a second location in Carlton in November. Read all about it here!

Set to open late Spring, Bar Exuberante is a new bar-within-bar. Specifically, this new Melbourne bar will be dishing out mighty fine cocktails, within Richmond's run den, Bar Economico. It will be like the first class section within the eccentric Economico. Fun.

While we're in the dark about the exact opening date, we are getting amped about the opening of Boneyard HQ in North Melbourne – the brainchild of ex-Masterchef and Josie Bones team, Chris Baddenoch and Julie Jenkins. The brewery and bar will also be home to some kick ass American BBQ fare.

Oh, then of course there's THAT Heston opening next Feb. Click here to find out how to get your seat at Fat Duck Melbourne at Crown.

Looks like Feb will be a cracking month too, with the opening of Five Points Deli and Longhorn Saloon on Elgin Street. Brought to you by the bros behind Chingon and Le Bon Ton, you just KNOW this two-storey bar and eatery will be good. Downstairs is Five Points, the art deco New York style deli, with Longhorn Saloon pumping out the rock n roll tunes upstairs. Can. Not. Wait.