The Secret Melbourne Swimming Spots You Wish You Knew About

If you’re anything like us, the idea of crowding onto a packed beach on a hot day wearing nothing but beach underwear isn’t always appealing.

So we’ve partnered with Drumstick to uncover near-by, top-secret swimming spots you just have to know about.

Pack your snorkel, a good read and a couple of Drumsticks (preferably the new Raspberry White Choc flavour or the surprisingly addictive Sweet & Salty Cracker inspired by Jatz) and try these on for size!

One of our fave CBD staycation spots (they had our hearts when we found out about the world-class dessert bar in the lobby), the Adelphi Hotel’s newly renovated rooftop pool is open to the public every Friday from 5pm to 9pm. Until Friday 16 March, Four Pillars Gin will set up shop with a pop-up cocktail bar and Om Nom Kitchen will be dishing out a special rooftop menu. Weekend #sorted.

Housed inside The Langham Melbourne, Chuan Spa offers complimentary access to The Langham’s pool, Jacuzzi, steam room, sauna and unique snail shower with any booking. Soak up panoramic city views, without the price of a stay. 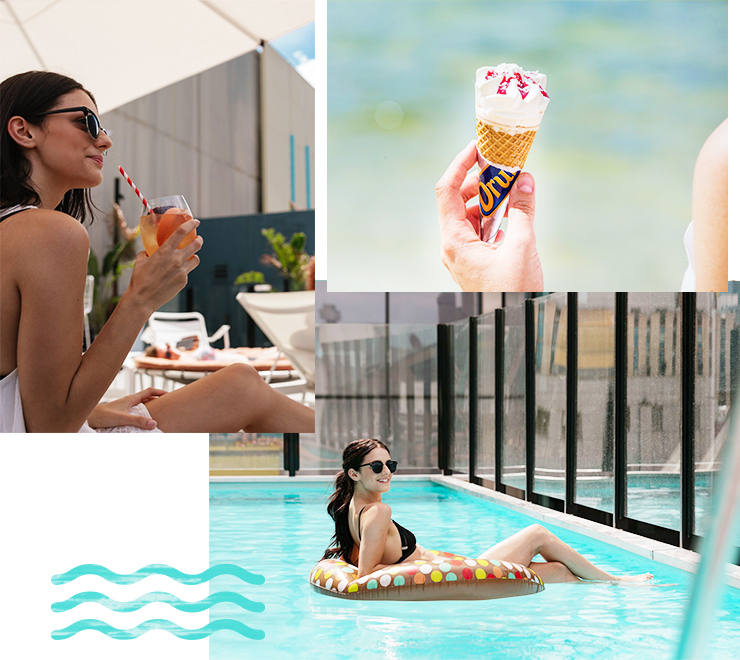 A man-made tunnel constructed in the late 19th century along the Yarra River, Pound Bend tunnel now plays home to a rock pool of rushing water (BYO kayak, or board). Calmer, shallow pools are dotted in the nearby area for less confident water babies.

Located in Phillip Island, Kitty Miller Bay is a favourite for snorkelers, surfers, beach walkers and fishermen. A large rock platform is exposed at low tide and waters are reasonably shallow, exposing great rock pools when waters are low.

The quieter waterfall of The Grampians, Fish Falls is located a few kilometres down from MacKenzie Falls, alternatively, you can start from Zumsteins and walk upstream towards MacKenzies for a longer adventure. Swimming is permitted at Fish Falls, but be mindful of slippery natural rocks.

Located in Warrandyte State Park near Eltham, Laughing Waters is a small stretch of the Yarra River surrounded by native bushland and perfect picnic spots. Check the daily forecast to see if swimming is suitable in these waters. 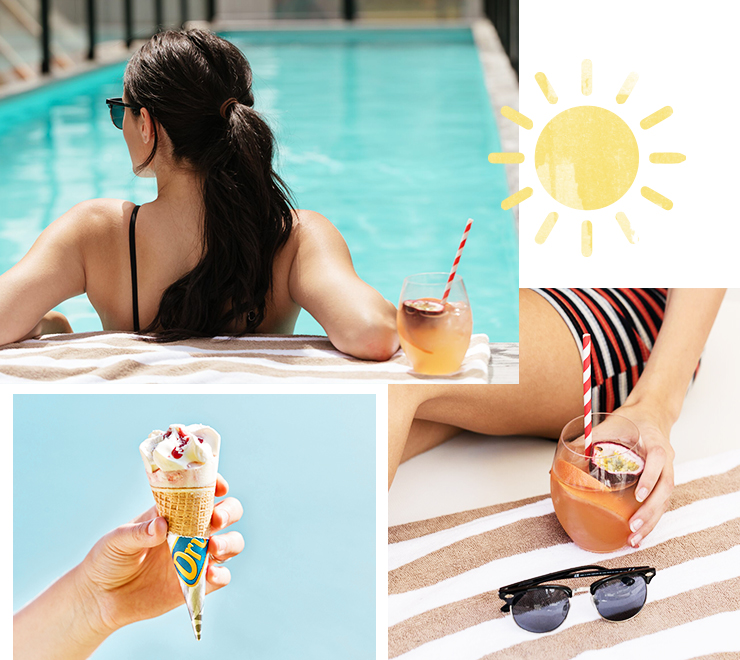 One of the most picturesque spots in Victoria, Fairy Cove is located in the Bass Strait and is separated by two bays that detach and rejoin at different times in the day. Fairy Cove is only accessible by hiking from Darby River, or Darby Saddle.

Quieter than the neighbouring Airey’s Inlet, Sunnymead Beach is also pup-friendly—perfect for road tripping with your favourite four-legged buddy.

Start packing your beach bag and hunt these spots down while they're still secret!

Editor's Note: This article was produced in partnership with Drumstick. To find out more about who we work with (and why!), read our editorial policy here.