ICYMI we are all about a fitness craze. Anything promising to deliver the goods is always (at least in theory) a great idea to us. So if you’re someone who loves exercising (or does more than shrug at its mention), and feels there’s a little something missing from your current routine, than perk up buttercup ‘cause we’ve found it.

Boy oh boy, have we found it.

The answer to your lacklustre workouts is Bikini Bods, an all female, Muay Thai-based fitness offering with locations in North Sydney, Brookvale and Mona Vale.

A form of martial arts that originated in Thailand, Muay Thai involves upper and lower body movements, kicks, punches, and jabs with knees and elbows. It is, we’re pleased to announce, one hell of a workout, pushing the boundaries of both cardio and strength. It’s for this reason all classes at BB involve some level of Muay Thai.

Now we have to be honest here, if you’ve never exercised a day in your life and hobble on down to BB, you’ll be in for a shock. Does that mean you shouldn’t try it? No. You definitely should. If anything you’ll be surprised at how quickly time flies, and most importantly, how much you can accomplish. Even when you think you can’t go on (hint: you can). 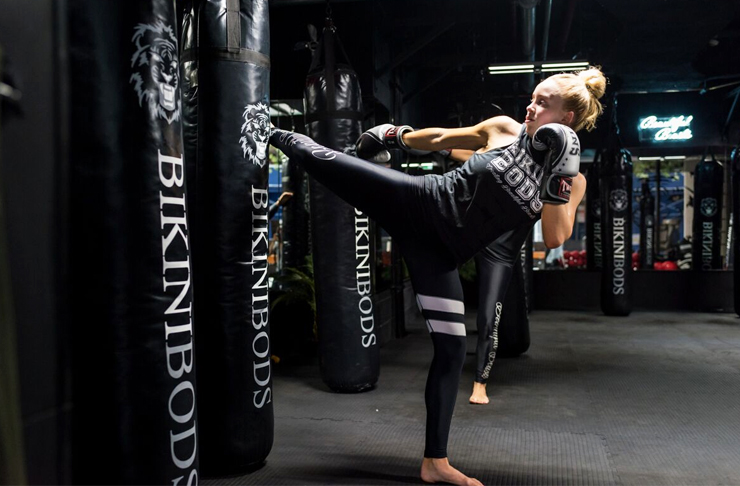 There’s an assumption of strength at BB, with both internal and external gumption weighted equally. Essentially, you’re nothing short of BOSS and they know it and will work to ensure you do too. It doesn’t matter if you don’t have bulging muscles (although keep it up and you will), as long as you’ve got that oomph! you’re good to go.

BB excels at creating a powerful, motivating group environment. While we think the music (90s RnB all the way up to modern Beyoncé) has something to do with it, we can’t look past the trainers. BB’s coaches have been trained by MMA fighters, Taekwondo masters and Muay Thai champions. They’ve even spent time training in Thailand.

A ‘hole in the wall’-style gym, Bikini Bods has no plush reception—you’ll be parked on the bench outside—but you’ll quickly find you don’t need one. You will however need water, a towel and boxing gloves (hot tip: you can borrow gloves but it’s definitely best to BYO). 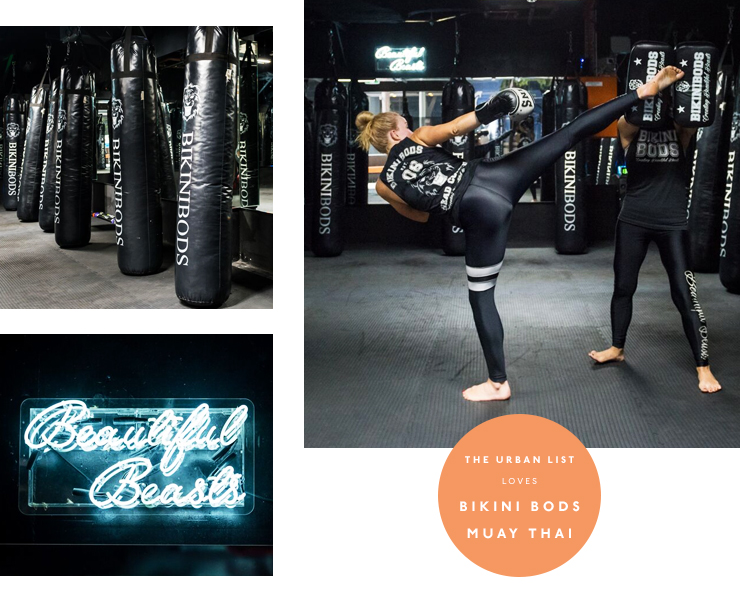 There’s a range of packages to suit every budget and need from Diamond (which includes unlimited sessions, Bikini Bods Muscle Tee, Fitness Goodie Bag and more), to a number of Platinum packages and Silver or Bronze packages that involve between one and three sessions a week.  All but the Bronze package include a free seminar at the start of the 12 week course which comes complete with goal setting, demonstrations, advice on nutrition, training and more. The next 12-week course begins January 22, 2018 and while you can technically join at any point, signing up at the beginning and getting a slice of the seminar, really makes a difference.

At the end of the day, while we cannot say this with 100 per cent surety, we’re pretty certain finishing a class with BB is the closest we’ll ever get to feeling like Charlize Theron aka badass.

We also checked out a super luxe barre studio in the CBD.