Appropriate Girlfriend Gifts Depending on How Long You’ve Been Dating 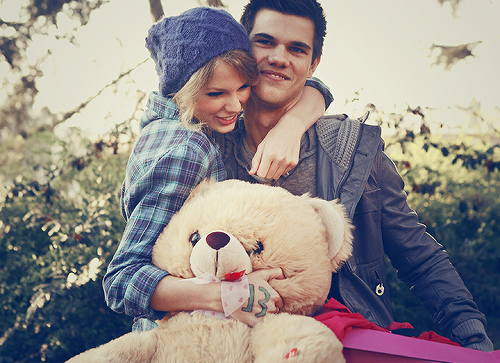 Picture a blind naked mole rat attempting to interpret a Tokyo subway map and you'll have some idea of how well guys understand the intricate rules of relationships that girls seem to know instinctively.

And if dating is a Tokyo subway map, girls are like world-weary Japanese business men. Ask them how to get from Takanawadai Station to Meiji-jingumae Station and they'll look up from their newspaper, snort disdainfully and snap back that you obviously just take the Asakusa Line up to Shimbashi, then grab the Ginza Line to Tameike-samno Station, before hopping over to the Chiyoda Line which will get you right to Meiji-jingumae.

Meanwhile, us men will be snuffling about, naked and clueless, in the dirt.

Now, if you'll allow me to quickly distance myself from that outlandish analogy, the point I'm straining to make is that when it comes to pitching woo, we really have no idea what we are doing.

With Valentine's Day fast approaching, many blokes will be about to enter panic mode.

I can tell this by reading some of the Dear Dan letters I received from Urban List readers this month. Here's an example:

I have been dating this totally tops lady for about six weeks now. She makes a really good zucchini slice and lets me sleep with my Broncos socks on. I think I'm in love, but obviously I would never tell her that. I just realised Valentine's Day is coming up (because she circled in in red Nikko on my Kate Upton calendar) and am not sure what the right present is for this stage of our relationship. I was thinking of paying for her to get breast implants. I reckon that would be one of those win-win situations. Thoughts?

Firstly, let me just put it out there that my life is pretty awesome. I make bank. I drive an Audi R8. I have been married to my beautiful wife for six years and I also just started seeing this babe that I met at Honey Beez. With V-Day coming up, I was thinking of getting an Xbox One for the handbrake and a diamond ring for the hardbody, but I'm not really sure. Maybe it should be the other way around? Why is love so hard? I would appreciate your advice here, Broseph.

PS You're my favourite writer.

Wow, Bart sounds like a real douche-canoe. Thanks for the kind words though, Bart.

As you can see, men are almost completely clueless.

This is why, after consulting with a bevy of gorgeous Japanese businessmen, I have composed this loose guide on what to get your girlfriend/partner for Valentine's Day, depending on how long you have been dating.

Obviously, each relationship is unique so these are not rules that are set in stone, bla bla bla, please don't take anything I say seriously.

So you met at the Normanby a couple of weeks ago, hit it off immediately (wink, wink), and have been hanging out and sending each other Snapchats ever since. Still, you know diddly squat about this girl, and you certainly don't want to freak her out and appear stalkerish by lavishing her with gifts at this stage. Flowers are perfect.

Flowers and a breakfast/picnic with bubbles.

Hey there, it looks like you're trying to establish a relationship! It's still early days, though, so flowers are you're best bet. Show that you kind of like the cut of her jib, though, by putting in a little effort and taking her out for breakfast, or organising a picnic involving some classy booze.

One to two months:

Flowers and fancy picnic or dinner.

As above. We're not into gift territory yet, but the relationship train is starting to get a roll on. Woot woot! Don't be afraid to spend a little money on dinner somewhere nice, or buy a selection of fancy treats from your local deli for a more lavish picnic somewhere pretty.

Dinner and a small gift.

Oh my gosh, you two are just the cutest! You've met each other's friends by now and you've got all these little personal jokes and adorable nicknames for each other. Take her out for dinner, man, and show her a great time. Buy her a little present. Nothing too swish, but make it thoughtful and poignant to your relationship. Dammit, why not get her flowers as well?

Six months to a year:

Dinner and a nicer gift.

So things are getting serious. People invite you places as a couple rather than individually, and you've met her dad and maybe he even calls you 'chief.' You'll want to start amping it up as far as Valentine's Day is concerned. Go for the nice dinner, a card, the flowers and a slightly more elaborate present. We're not talking expensive jewellery yet, but perhaps something decorative for her house, or some earrings.

I feel like you've been coming to me for advice for too long now. Surely you know this gal better than I do at this stage? Go for the whole shebang above, and it's safe to assume you won't creep her out by buying her something a bit more expensive and meaningful as well. It doesn't necessarily have to be jewellery, but if you think she'd appreciate it, you could go for something like a necklace or a ring (but be careful here, son, don't go overboard with the ring... unless you really mean it of course).