After a long time underrated, breakfast burgers now enjoy the same lofty status as their lunch and dinner counterparts. Whether on a bagel or in a bun, the life-changing magic of breakfast burgers condense all the best parts of going out for breakfast into every convenient bite.

Here's our list of the best breakfast burgers in Brisbane and where to get them: 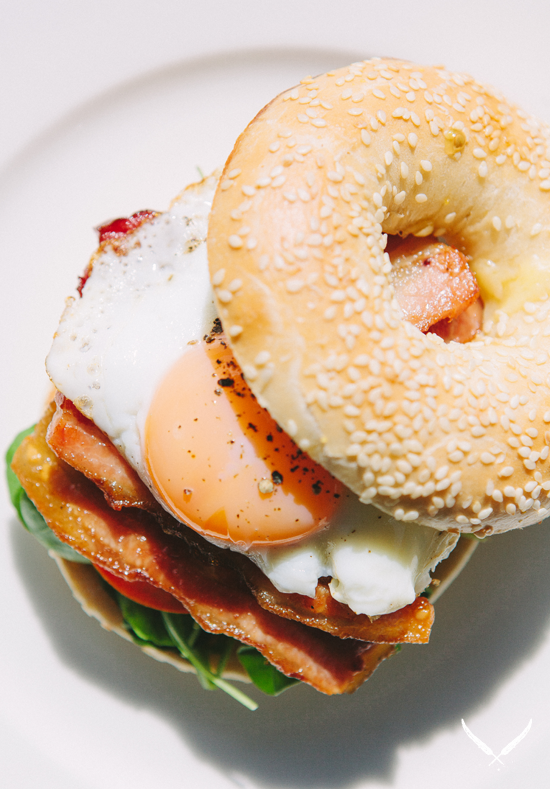 Scout's breakfast bagel has reached near legendary status among Brisbane's breakfast fans. Decked out with Kaiserfleisch, a fried egg, cheddar, rocket, and relish, there’s a very good reason why this item is always on their menu.

Pride of West End, Morning After have built their fame on a gourmet iteration of the McMuffin, built on sausage and egg with American cheese, spiced pickled chutney and served with a hash brown.

Lokal + Co's breakfast roll features a brioche base with bacon, egg, spinach and loads of their house made BBQ sauce. Their Scandi-inspired menu also includes some innovative breakfast items like ricotta and cherry dumplings and chickpea waffles with gravlax if you ever feel like branching out.

Ever health conscious, Nodo’s idea of a breakfast burger always comes with a little extra oomph. Using a milk bun, their base is packed full of free range bacon and a soft fried egg, then the Newstead cafe customises theirs with greens and beetroot ketchup, while the city store adds in spinach, crispy onions, sriracha ketchup and smoked garlic aioli.

For their part, King Arthur offers a slightly fresher take on the breakfast burger with their bacon roll. Made with thin and crispy bacon, they add some zip and freshness with kimchi and lettuce and a savoury kick with some relish and mayo.

Featuring smoked bacon from Rayner’s and a healthy dollop of bacon jam in lieu of relish, Mylk + Ko know what people are looking for in a breakfast burger. They also throw in a gooey fried egg for context as well as some avocado and greens for freshness.

Known for specialty coffee and carby toasties, Reverends is a faithful pitstop after a big night. Their bacon and egg roll is a tried and true hangover antidote with maple bacon, melted cheese and a mild spicy mayo on a soft milk bun.

X Cargo is so enamored by the concept of breakfast between two buns that that their entire breakfast menu is burgers. Each one is a unique take on a classic, like the banh mi- or avo toast-inspired items, but there’s no beating the On Point; a fancier Ausmerican burger with an egg over medium, maple bacon, beef patty, American cheese and smoky pineapple BBQ sauce.

Click here for more of the best breakfasts in Brisbane!