If you’re a Gold Coast-raised child of the 80s or 90s, there’s a good chance a portion of your adulthood (and possibly a slice of your dignity) was lost on the dance floor of Surfers Paradise’s infamous Beer Garden. Smack bang in the middle of the Cavill Avenue action, “The Beery”, as it’s fondly known, is the Gold Coast’s OG garden bar and live music venue.

If you celebrated 18 years on Earth with your feet stuck to the carpet, and have never returned, well, today we’re giving you several very good reasons to make the trip back. 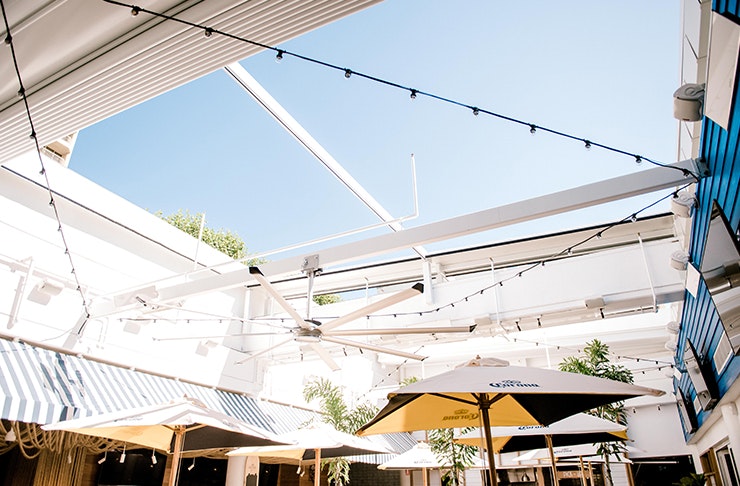 Surfers Paradise Beer Garden re-opens this weekend after a multi-million-dollar renovation, pouring a welcomed breath of fresh air into the underutilised space and taking full advantage of its prime location.

If you remember the previous Beer Garden well, you will not recognise the old gal now. From the bold removal of the entire roof, inviting the gorgeous Gold Coast sunshine and salty breezes to come flooding inside, to the on-trend white and wood paneling, nautical accents, festoon lights and picnic tables donning umbrellas. 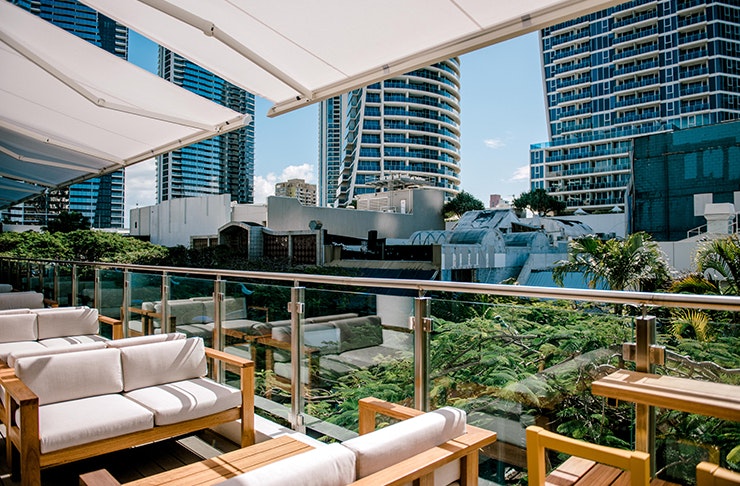 The Birdwatchers Bar lives on via a new wraparound deck, with sinkable couches and tables overlooking the palm trees and Cavill Avenue—it’s the perfect position for people-watching. Dining alfresco manifests its own vibe, though it’s the addition of adult games like foosball, a life-sized pool table (that you play with your feet) aswell as Jenga and Connect Four, that ensures no one takes themselves too seriously here.

Ice buckets set directly into the tables indicate the main focus here is still day (and night) drinking, while 16 mega screens scattered around the venue will stream all manner of sports daily. Order from a simple but playful cocktail menu featuring the likes of a Garden Bellini with peach and Prosecco fizz, or the Pavlova Martini with Chambord, Grey Goose vodka, pineapple juice and a mini meringue topper. 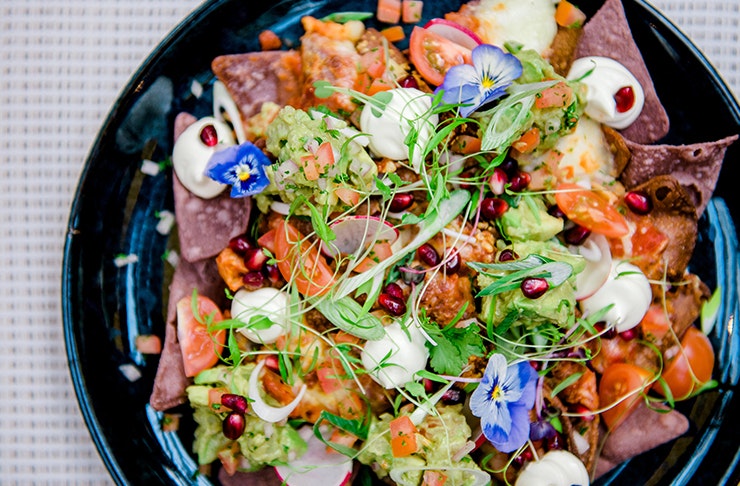 While the divey band stage and grungy music nights are gone, they’ll be replaced with acoustic soloists and duos, including much-loved local singer songwriter Jackson James Smith, then switching over to DJ tunes come 9pm. 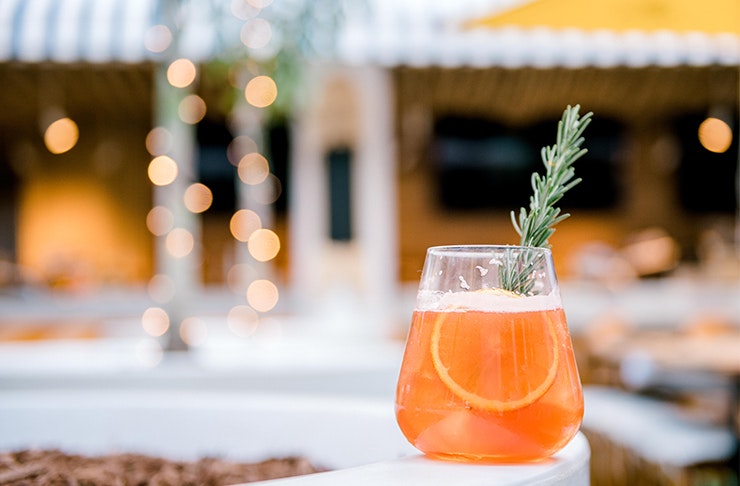 Almost a century in the making, the wealth of history in this location is the thing of legends. Our forefather Jim Cavill erected his famed Surfers Paradise Hotel on this exact spot in 1925. Its iconic reputation would in turn drive the area’s name change from Elston to Surfers Paradise in 1933, a move that put our fair city squarely on the world tourist map. Later in 1937 and again in 1983, new buildings were erected in its place, which eventually evolved into the hospitality venue we know today. This new chapter in the Beer Garden’s life will ensure it lives on for another generation and is again somewhere we can be proud of; representing the energetic and carefree lifestyle we want our visitors to remember us for.

Surfers Paradise Beer Garden reopens this weekend; open seven days from 11am until late. Head down to get reacquainted with the re-energised Beery and make some fond new memories for the bank, we reckon they’ll be keepers.