8 of the Best Crepes in Melbourne

Move over macarons, éclairs and brûlées, what French sweet can you eat as a main without judgment? La crêpe délicieuse, of course! Sold all over France in street stands and cafés, crêpes are lighter, thinner and crispier than their pancake cousin. Popular toppings include lemon, sugar, strawberries, chocolate and bananas. The savoury version known as a galette is often filled with ham, cheese and eggs. In Melbourne, crêpe chefs are passionate and serious about their crêpes. Using traditional French recipes with fresh, quality local produce, Melbourne crêpes are delicious, filling and cheap! We've chowed down around town to bring you our pick of the best crêpes in Melbourne.

A newsstand turned crêperie, La Petite Crêperie sells take-away sweet crêpes. Crowd favourites include banana and Nutella, salted caramel, and the classic lemon and sugar. For the more adventurous, try fig and ginger jam or the chestnut puree. Most crêpe toppings are homemade or sourced locally. With imported French crêpe-making utensils, French speaking staff and Parisian motifs, the kiosk is French with a Melbourne twist. After all, we love nothing more than a re-purposed space!

In the busy thoroughfare of Hardware Lane, Le Crêperie le Triskel serves some df Melbourne's best crêpes and galettes to hungry office workers, school groups, tourists and locals, seven days a week. The house specialties are the galettes with La Compléte – free-range egg, Swiss Gruyere cheese and ham – being the most popular. Le Trisket also serves Five Senses coffee, T2 teas, French ciders and local wines. In winter, enjoy your galette indoors where you can browse French magazines while listening to French tunes. In the warmer months, grab a wicker chair outside and people watch as you savour your galette in one of Melbourne's most European laneways.

If salted caramel and peanut butter doesn't get you drooling, add melted chocolate and, voilà, you have the Snickers, one of the many irresistible treats at Melbourne Uni's Carte Crêpes. The crêpes may be slightly thicker than traditional French crêpes, but that won't matter once you sink into gooey chocolate, crunchy peanut butter and sticky caramel. If you feel guilty after maxing your daily calorie intake, find comfort in Carte's 'do only good' ethos. Carte is committed to sustainable and ethical trading, sources local ingredients, uses biodegradable and recyclable packaging, and serves fair-trade Allpress Espresso coffee. Go on, get a second crêpe, it would be ethically irresponsible not to. 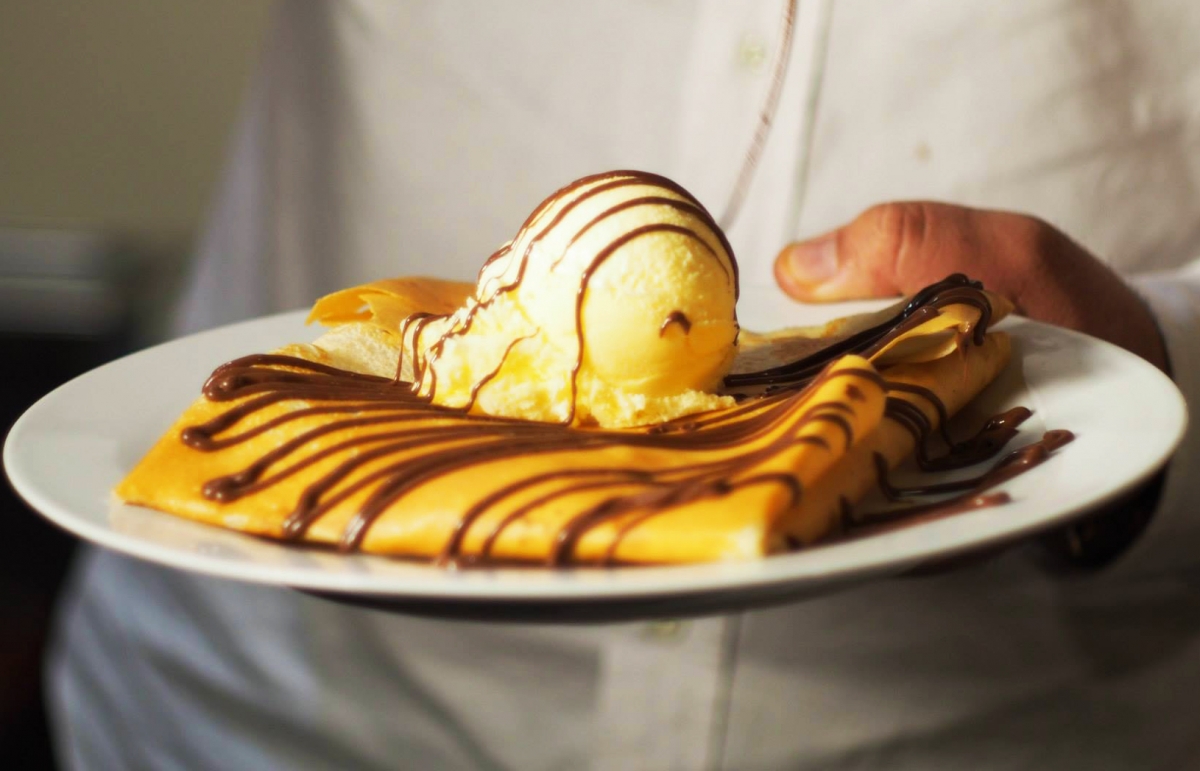 Once a crêpe cart trading at Melbourne's festivals, events and markets, Rue de Crêperie opened their first store on Brunswick Street this year. Home to some of the best crêpes in Melbourne, you can order a basic crêpe-to-go from the super cute takeaway window, or dine in for a more elaborate creation. For those with a sweet tooth, try Peach Paradise – fresh peach with banana, whipped cream and honey. For savoury fans, the sky is the limit. The collection includes walnut and figs; Kalamata olives, mushrooms, sundried tomatoes with a blue cheese sauce; and smoked beef with gherkin and corn. It may be unconventional but it works!

For a more traditional crêpe, head to Breizoz where the thin pancakes are made in the same way as they do in Brittany, the birthplace of the crêpe. This means vanilla bean in the crêpe batter and no Nutella! Instead, try the house-made almond praline with dark chocolate ganache. The poached pear and rhubarb with coconut ice cream is also to die for.

The galettes are made from gluten-free buckwheat flour. There is no egg, sugar or milk in the galette dough, making these crêpes perfect for those with dietary requirements. The savoury options include everything from egg, ham and cheese (very popular in Brittany), to prosciutto and goats cheese, to even a leg of duck! For the full Brittany experience, complement your galette with a Brittany apple cider.

Step into a Parisian garden at Myrtles, a crêperie at the Westgarth end of Northcote. This cosy crêperie is floored with indoor grass and furnished with park benches and mosaic tiled tables and chairs. The crêpes are light, airy and crisp around the edges. The menu offers the usual suspects – lemon and sugar, butter and sugar, or ham and cheese. More inventive options include pear and custard, apple cinnamon, or ham, cheese and pineapple. Of course, hot and cold caffeinated beverages are available, as well as a selection of T2 loose-leaf teas. 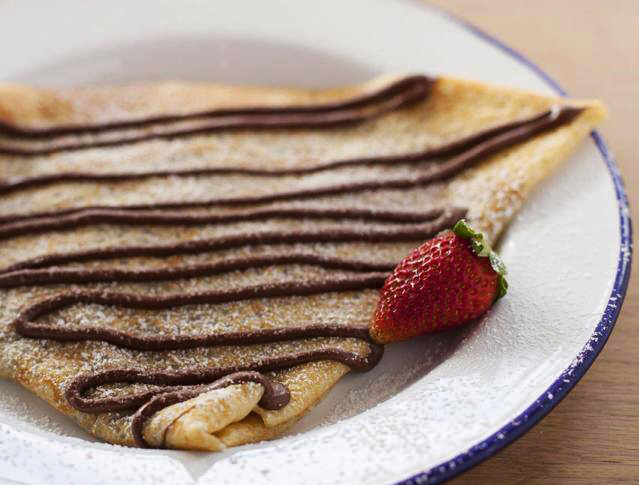 A gem in the suburb, Bar Sur Loup serves delicious macarons, waffles and of course, crêpes. There are six galettes on offer, including asparagus, brie and ham, and smoked salmon, cream cheese and chives. For the sweet crusader, try the Sicilian – ricotta, sugar, cinnamon and honey – or the Pomme et Noix – apple, honey, walnuts and goats cheese. For more decadence, add melted Belgian chocolate, marshmallows or maple syrup to any of the sweet crêpes. A brightly lit café, it's popular with lunching ladies, local retirees and young families. Be warned: it gets très busy at lunch times.

Hidden in a laneway off Collins Street near Southern Cross Station, Choix has been making stacks of Melbourne's best crêpes since 2006. The café has a grungy feel with music posters on the red feature wall. Savoury is the way to go with the Luca – bolognaise and mozzarella – or the Chairman – Peking duck with plum sauce – being the more filling crêpe options. Representing team sweet, the Love Boat – banana, ricotta, walnuts and maple syrup – is yummo. There is also a bacon and maple syrup combo, that's a sweet… right?

Listers, have we missed any of your favourite Melbourne crêpes? Let us know in the comments below.