If you haven’t checked out Queen Vic recently, get on that immediately. There’s the Winter Night Market on Wednesday nights, a giant shipping container freaking everyone out, more food stalls than ever before, plus this—a giant beer oasis smack bang in the middle of the market.

And if you’re partial to froths, this is probably where you’ll be spending most of your Saturday nights.

The Central Beer District will be a community gathering of dozens of local microbreweries, including Brewmanity, Hop Nation. Two Birds, the lads at Stomping Ground, and Coldstream Brewery. The guest brewer will rotate each week, showing off their favour brews, plus a new new-season sneak peaks (Coldstream will be rocking the mulled cider, as per usual). 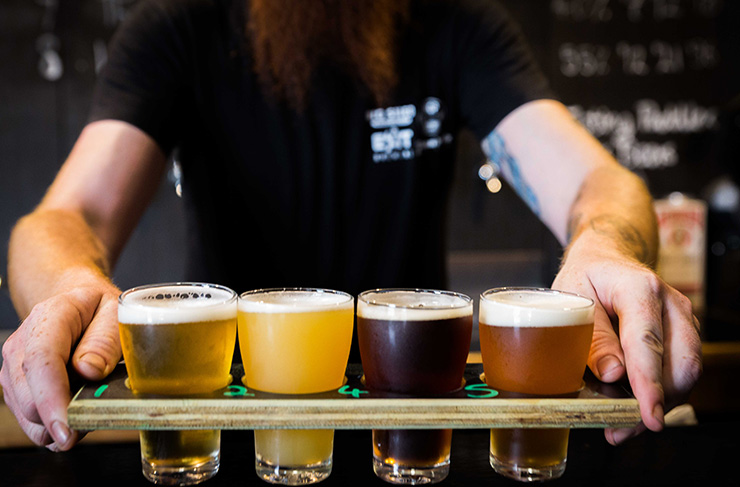 Not only can you chat to brewers and get your hands on some new beers, you can pair them with great Melbourne street food. Digging For Fire will be there most nights, slinging 12-hour pulled pork and BBQ chilli chicken burgers with fennel yoghurt. Other food trucks are expected to come online soon.

We’ll drink to that.

Off the booze right now? Try this one instead. Victoria's massive hot chocolate festival is back next month.