ELEVEN Australia | Meet the Men Behind the Quiff

The perfect score no longer cuts it, with the advent of ELEVEN Australia haircare.

One better than the best, ELEVEN Australia is the brain child and creative bambino of heavy-weight hair honcho, Joey Scandizzo, and fashion and hair photography aficionado, Andrew O'Toole.

Let's rewind a little. As thrice-crowned hairdresser of the year, fashion shoots were regular fodder for Joey, but it wasn't until he "got the nerve up" to finally call and book Andrew to photograph his latest looks, that they both got more than a disc load of images for their efforts.

With a cool, progressive haircare range an anomaly to both of them, they hooked up with major business player, Ozdare, to help their dreams materialise over two years within the back-stalls of Melbourne.

"Professionally, I have a lot of respect for Andrew's work and we're on the same page creatively," says Joey. "The stars aligned."

The creative constellation became complete in Twenty Eleven, explains Andrew. "The great thing about ELEVEN Australia is that we were involved with everything: from the concept through to formulation," he says. Designed and developed by two fashion-forward Melburnians, ELEVEN Australia caters for the growing crowd of consumers who want as much kudos linked to hair care, as they get from their fashion, lifestyle and dining choices. A complete aesthetical fit.

With products including 'Hydrate My Hair' shampoo, 'I Want Body' conditioner, 'Make Me Shine' spray gloss and 'Keep My Curl' defining cream, the range is strong, unisex and aspirational. Essences all reflected in the awesome imagery peppered around town spruiking the range.

"We wanted to create images that were real and fun, but still aspirational," says Andrew. "And not overly retouched."

Although quintessentially Melbourne, both boys see big things ahead for the brand. "Global Domination!" laughs Andrew. And he may not be far off.

Already on the major radar through associations with Rachel Griffiths and Hagar - an international organisation committed to the protection, recovery and reintegration of women and children - and the Australian Academy Cinema Television Arts (AACTA) awards earlier in the year, the boys proudly reflect that like the best bouncing baby, ELEVEN Australia is showing excellence even in its infancy.

Definitely more than a 10/10 performance so far, wouldn't you think? 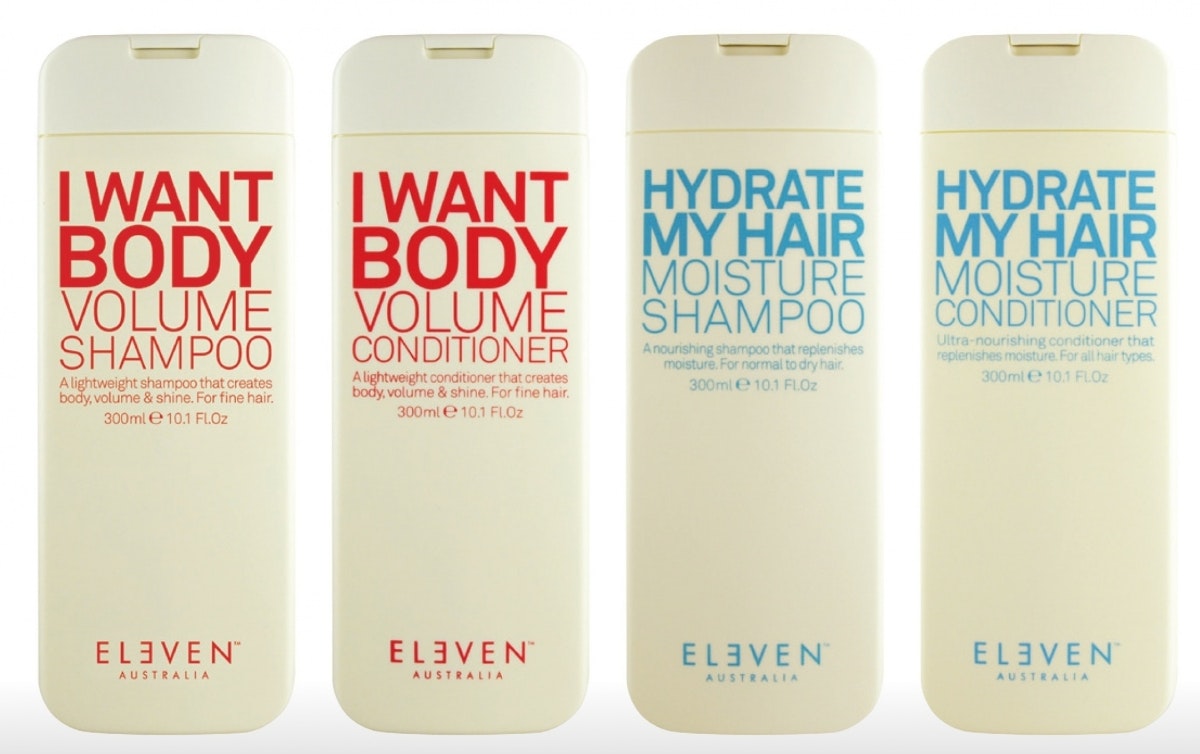