The Great Gatsby | What We Thought

I love The Great Gatsby. I remember reading it as a young(er) lady and wanting to BE Daisy (clearly, I completely missed the angsty point Fitzgerald was trying to make). I loved Nick as well, and I was always obsessed with the idea that he and Daisy would make a perfect couple (again, the fact that they are cousins seems to have escaped my attention).

So, when the news spread of a Gatsby movie (years ago now, it seems) I, along with everyone else, was beside myself. The '20s, the decadence, the fashion, the story . . . it was almost all too much for this Fitzgerald fan.

And, when the news broke that it would, in fact, be Baz directing (and not Martin Scorcese, as was the hot tip at the time) I ignored my doubts and began eagerly awaiting the release. And (eventually) I got my wish to see Gatsby on the big screen.

It's not that I didn't like Gatsby. It was a lovely film, and I did not at all feel as I often do when I see a movie that disappoints me (read: angry and cheated—ok, so I have a tendency to overreact, on occasion). I just felt that there was something missing.

There are lots of people out there saying how Baz ruined Gatsby by making it so over-the-top, when the book itself is so subtle.  That wasn't my issue. This is Baz Luhrmann, people. That's what he does. There was never a chance he was going to come out with a delicate little flick that was all chat and no sparkle. Was never going to happen. I knew this going in, and I embraced it. But, the end result, for me, did not live up to the Baz standard. Sure, it was beautiful, and dramatic, the party scenes looked good, and there were some over-the-top moments, yes. Sadly though, I felt that the Baz interpretation of Gatsby succeeded only in tarting up a beautiful little novel, but not in a way that was particularly great.

I also found the characters highly unlikeable in the 'flesh'. Leo's Jay Gatsby needs a slap, Carey Mulligan has not much to do, as Daisy, and Tobey Maguire, well, I just don't get it. 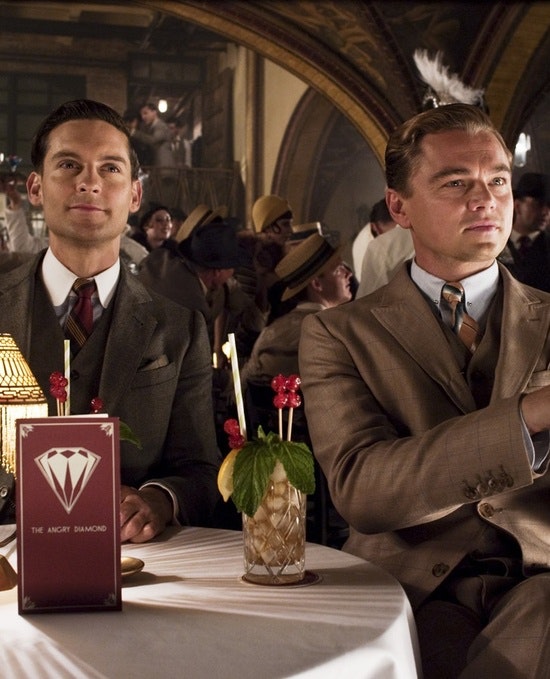 The Great Gatsby is enjoyable. Seriously, you will like it. I know plenty of people who have been back multiple times, such is their love for the production, although I wager there must be a decided Leo-crush or Baz-groupie situation in play in most of these cases.

In case you can't tell from my vague rambling, I've found it hard to put my finger on what exactly it is that's left me feeling a bit underwhelmed by the whole thing. Perhaps the hype was its undoing. Perhaps Baz, as many have screamed furiously, was not the right choice.

Whatever the reason, I walked out feeling a bit, meh*. Perhaps my sentiments can best be described (albeit, slightly dramatically) in a quote from the novel.

"No amount of fire or freshness can challenge what a man will store up in his ghostly heart."

Have you seen it? Do you disagree with my (highly advanced and impeccably researched) critique? Lay it on me in the comments, below.

TUL Note: There is rabid disagreement in The Urban List office about this topic. It has been requested that this review be declared as my opinion only. Whatevs.