In an Aussie first, Marvel’s Avengers S.T.A.T.I.O.N has opened in Fed Square (and before you ask, it stands for Science Training and Tactical Intelligence Operative Network). That almost sounds like a real thing... 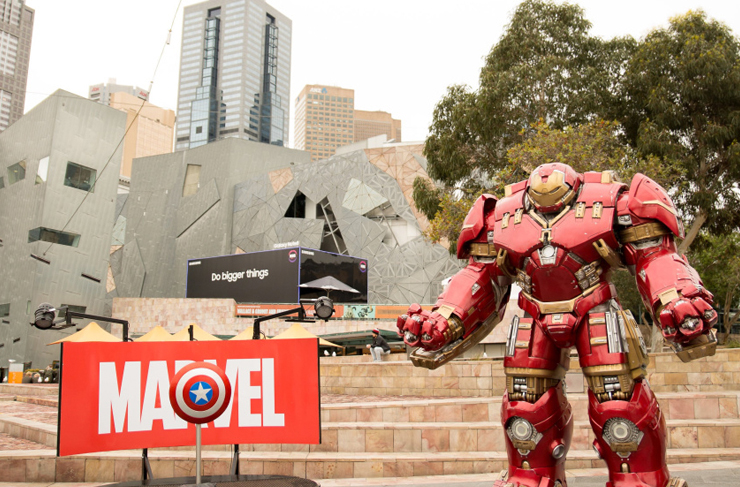 If you reckon you’ve got what it takes, you can also try to lift Thor’s hammer, Mjolnir. Some say only the son of Odin can lift Mjolnir. Others reckon some tradies superglued it to the floor for the purposes of the exhibition. You be the judge.

More good news? Melbourne is the first city EVER to get the S.T.A.T.I.O.N’s newest exhibitions: Black Panther, The Wasp and Thanos.

Where: Federation Square
When: Till 22 April 2018
For more info, click here.