Butter—Sydney’s most hyped chicken, sneakers, sick threads and hip-hop joint, has some vegetarian dishes actually worth skipping the fried chicken for.

The crew here is known for their oh-so-quirky integration of fried chicken, bubbly, old-school urban beats and fresh kicks, not to mention that dreamy window display of 70 hand-picked kicks, which is kinda hard to miss. Just in time for the middle of winter, Butter is cutting it's infamous fried chicken ramen and replacing this bad boy (after popular demand) with a mammoth bowl of vegetarian ramen.

The Butter Veggo Ramen is a Paitan thick style soup, made from a variety of charred fresh vegetables. The base is a Kombu stock, mixed with vegetables including chickpeas and cashew nuts, and spiked with various other seasonings like shio koji, fermented bean curd and preserved mustard. After preparation, the base is cooked out for a minimum of 6 hours which means maximum taste for you. 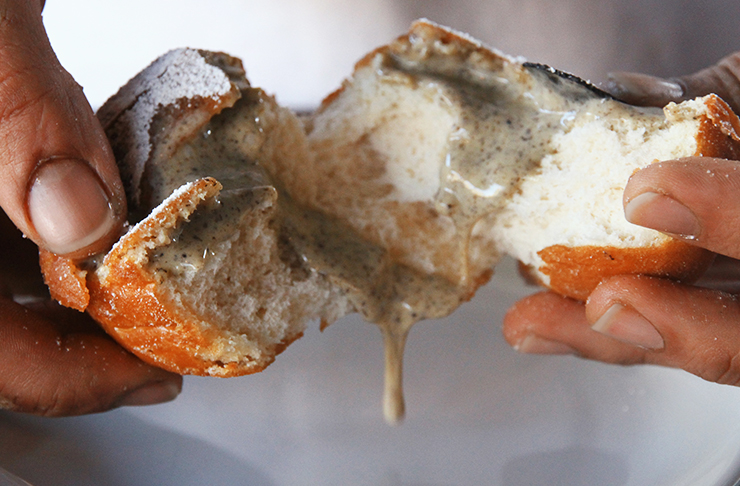 And to celebrate the end of truffle season, Butter is bringing a game-changing dessert into the mix. The limited edition doughnut is stuffed with a smooth truffle cream, dusted with powdered sugar and decorated with a generous coating of fresh Manjimup truffles.