Dear leaders of the world,

You will no doubt have heard much about our twinkling city back in your homelands, and some of you may have even had the pleasure of visiting before. For those who are popping your (proverbial) Brisbane cherries, then let me say dobro pozhalovat' (welcome) on behalf of all the good Brisbanites (that's what we call the citizens of Brisbane [look, you're learning already!]).

There are over a million reasons why Brisbane was chosen to host the G20 summit over every other city in Australia and the world.

Just quietly, consider yourselves lucky you didn't get plonked in Sydney, Melbourne or, heaven forbid, Adelaide. While Sydney is arguably just as well-known as Brisbane internationally due to the 2000 Olympic Games and the Bondi Rescue TV program, if you ask any Aussie they will tell you the people there are a little on the revolting side, and the whole place inexplicably reeks of cat piss. Melbourne, while admittedly a much nicer place than Sydney, is a hotbed of online phishing scams and male prostitution.

As for Adelaide, let's just say generations of in-breeding have led to a society bereft of anything resembling culture, morals or even the most basic sanitation.

No, no, Brisbane, 'Australia's new world city,' is where you want to be.

Now for a brief history of our fair metropolis. No groans at the back there, President Hollande, I promise this will be fun!

It turns out our founding father was quite the rascal! The name Alistair Brisbane might not ring a bell to you, but what if I mentioned his other name, Gingerbeard the Pirate? I thought that might make you squirm in your seat, President Recep Tayyip Erdogan. Gingerbeard had quite a fearsome reputation on the high seas back in the 1790s until he decided to pull up stumps (we'll get to cricket later! [ed: No we won't]), settle down on a river somewhere, marry his sister and start a family. He chose to build his homestead on the banks of a river that just happened to be called… you guessed it, the Brisbane River. Within 40 years a township had sprung up around Gingerbeard's extended family's lands (the old fellow was long dead by then, having been murdered on the back veranda by his infant son) and another three decades later Brisbane Town was an established port of call for traders and whalers. In 1988 it played host to World Expo '88.

I know you are supposed to attend a couple of meetings or something while you're here, world leaders, but that shouldn't stop you from having a little fun as well, amirite?

Just a heads up President Obama, if you and your minions want to enjoy some delicious ribs, you might want to check out the Caxton Hotel where they offer half-price ribs and rumps on Friday, Saturday and Sunday nights, which works out perfectly for you guys. And if your bodyguards or whatever (wink, wink) want to check out another kind of Aussie rump, Honey B's is right next door (just playin', Michelle).

Chancellor Angela Merkel, you and your entourage might be interested in the famous pork knuckle served at the German Club in Woolloongabba (just make sure you go with someone who is a member, otherwise you'll have to sign up for AU$5 at the door), and if you want to request '99 Luftballons,' the resident musician Andrew will very likely hook you up.

Prime Minister David Cameron, you'll be keen to know that right there in Southbank, near where you will be having your powwow, there is an artificial beach where you wan, pasty Brits can get a bit of colour in your skin. Tony might even be there in his dick togs. Sorry, can't help you Tories out with your foxhunting, but The Fox Hotel is right there as well should one want to try a few pints of the local ale.

And President Putin. Mind if I call you Vladimir? Once you're done being shirt-fronted by our PM, I think you and your bootlickers might enjoy the vodka cocktails they serve at The Beat, which is a bar in Fortitude Valley that is always an awesome time and might help you get over a few of your little foibles, such as the whole bigotry thing. Wear something tight and sexy, Vlad. 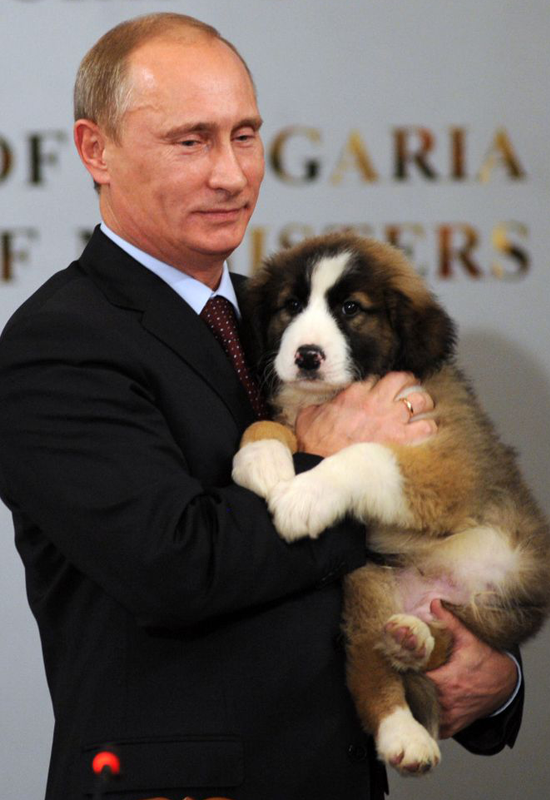 For the rest of you world leaders, if I haven't mentioned you by name it's because you're less important, but I'm sure you'll still have a super fun time in Brisbane.

Just a few points of order; if you're approached by a protestor just stop, drop and roll. We have banned eggs from the exclusion zone so you should generally be okay. Remember to slip, slop, slap, too. Sorry about whatever embarrassing things our Prime Minster does. That's just Tony being Tony.

I'd recommend you get some kind of leave pass from your significant other if you intend to go out on the town. The young men and women of Brisbane are extremely promiscuous and you WILL end up getting laid. What happens in Brisneyland stays in Brisneyland, etc.

Aside from that, enjoy yourselves and come back any time.

Keep on rocking in the free world.