It’s no easy feat being the new kid on the block, but this lot have proved there’s always room in our lives for another spot to get that much-needed caffeine kick, indulge in a bit of a booze fest, or scoff back on incredible dishes.

Today, straight from Metropolist HQ, we’re laying down the best new openings of 2016 so far. Hold on to your hats peeps, ‘cause shit is about to get tasty.

How many have YOU visited?

Setting up shop in the most prized, beachfront location on the Gold Coast was always going to come with a price tag. The gents behind the stunning Rick Shores restaurant knew this and designed their new digs accordingly. Fortunately, after going for an unwelcomed swim in the #bigwet, they’ll be back on deck before we know it; thank bloody goodness for that, hey! Sneaking into our list of 2016’s best new openings after welcoming their first guests on New Year’s Day, Rick Shores is next-level dining on faultless Asian fusion dishes and carefully-curated cocktails. And the view? Priceless.

Slipping in to the first half of 2016 with an early June opening, the reputation alone—the same savvy crew that raised Burleigh Social to icon-like status—assures Society of Florida will be a winner. Stumbling distance for Florida Garden’s residents, who are already pleased as punch to call this their new local; for the rest of us it’ll take some hunting down in the backwater ‘burbs but totes worth it for the sleek fit-out and a modern Australian menu running the full gamut of breakfast, lunch, bar snacks, and dins.

South East Asian cuisine is really stepping into the spotlight of late, and this week’s opening of Jimmy Wah’s in Burleigh Heads is helping to solidify that trend. A collaboration of two born and bred Gold Coast hospitality veterans—a stellar resume that includes Verve, The Fish House, and Social Eating House—means a ridiculously tasty new eatery for us! Picture a contemporary take on Vietnamese food: crunchy banh mi baguettes, fragrant rice paper rolls, and delicious bowls of pho, alongside sweet and sour delicacies such as braised beef steamed buns, blackened quail with slaw, scallop dumplings, soft shell crab and papaya salad, and Kingfish sashimi. Are you drooling yet? Trust us, you’ll want to be adding this one to your to-do list—stat!

Legendary local pro surfers: Mick Fanning, Joel Parkinson, Bede Durbridge, and Josh Kerr, together with long-term mates and their main man, head brewer Scott Hargrave launched their first beer—Balter XPA—back in March and, today, tinnies are literally flying out of bottle-os. They’ve had an epic run thus far and it seems there’s no stopping these guys. Without question one of the best new openings of 2016, Balter Brewing’s Currumbin-based cellar door is open to the public Friday through Sunday afternoons, with their Sunday Sessions (complete with a food truck, exclusive beer samples, tunes, and a cool crew) being one of the Coast’s best ways to farewell the weekend. Period.

Aloha Bar and Dining is the first project of Exotic Pets Presents (brought to you by the brawn behind Etsu and Commune); whose concept is to take short-term leases in various locations around the Coast. Accessed via a non-descript Broadbeach laneway, the owners team got crafty with all manner of nautical knick-knacks and island-themed paraphernalia, creating a buzzing space with nooks and tiki-styled rooms that sucker you in to keep exploring. Just remember, this pop-up bar and eatery is here for a good time, not a long time so, after already five months in business, there’s high chance your days to act are numbered. Better hop to it!

Another new addition to Broadbeach, the seasoned hospitality team behind The Loose Moose literally knocked our socks off when unveiling one of the most mind-blowing restaurant designs to descend on our sunny shores. Inspired by the illicit underground speakeasies of America’s 1920s Prohibition era with a twist of its Canadian cousin, The Loose Moose has an insane 130 whiskeys behind the bar and a too-hard-to-choose food menu to match, that’ll ensure one visit will most certainly not be enough. 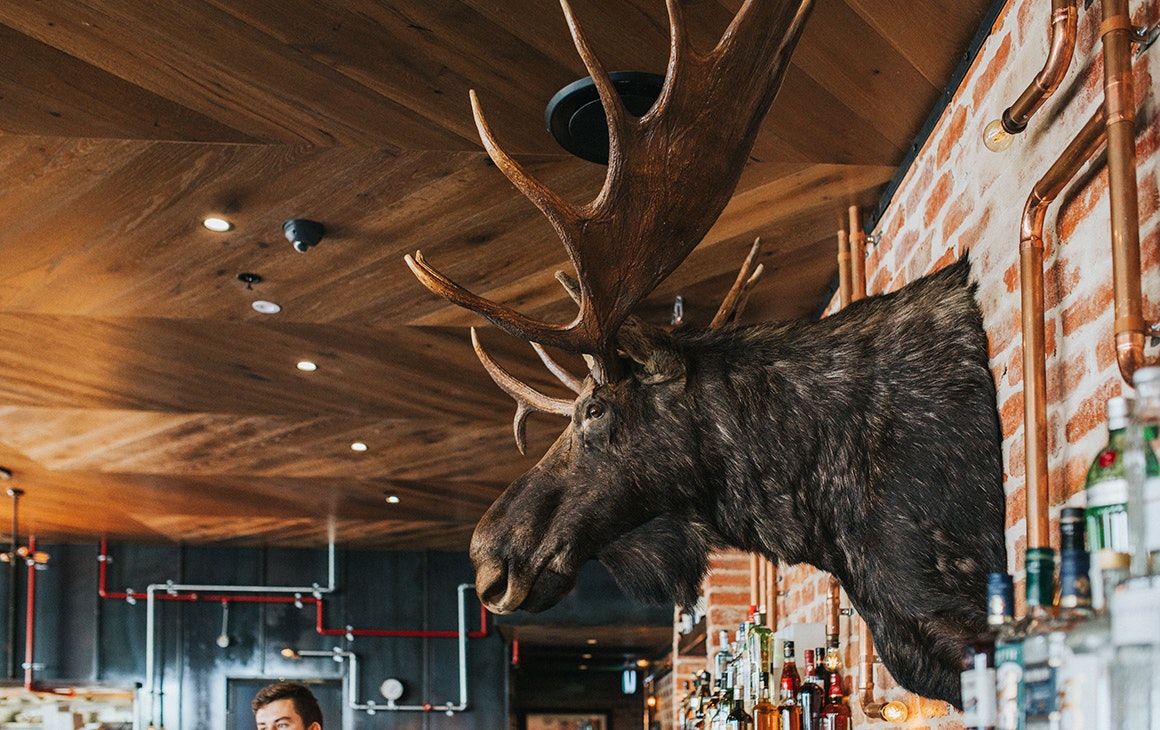 Regardless that the only consumable goods served here are steaming cups of Blackboard coffee, freshly-stuffed bagels, and raw desserts, it’s the whole concept which has wowed our in-the-know entrepreneurial community and makes Warehouse No. 5 deserving of a home among 2016’s best openings on the Gold Coast thus far. We love Warehouse No. 5 for many reasons, be it the free wifi and co-working desks, so-hip-it-hurts styling, or the blank canvas the versatile space presents for learning workshops, seminars, photo shoots, weddings—you name it.

For hops lovers, there’s nothing comparable to the tank to tap to pint glass experience, and at Burleigh Brewing’s seriously impressive new brewhouse, you can do just that. After a decade in business, it’s fair to say these guys helped revolutionise the local craft beer scene that we know today, and are truly deserving of a grand new home for their baby, albeit who’s now a teenager. Burleigh Brewing HQ is open to the public four afternoons each week, so if you’ve been slow off the mark, it’s worth a jaunt into the industrial area to try their famed brews such as Hef, Bighead, and 28 Pale Ale, as well as limited edition concoctions from their trial system. Tell them we sent you.

Eddie’s Grub House is that grungy dive bar we never knew we were all missing out on. Opened the first week of 2016, Eddie’s has since been keeping a loyal following of southern Gold Coasters watered and amused to the sounds of blues, rock ‘n’ roll, and the vinyl playlists of local DJs. Dimly lit for maximum moodiness, Eddie’s has a fully-loaded back bar plus craft beer from Balter, Stone & Wood, and Coopers on tap. Swing in for some rowdy convo over pub grub like burgers, fried chicken, spicy jalapenos, and onion rings… knocked back with a stiff whiskey, naturally. Here pirate beards and anchor tattoos will feel right at home. 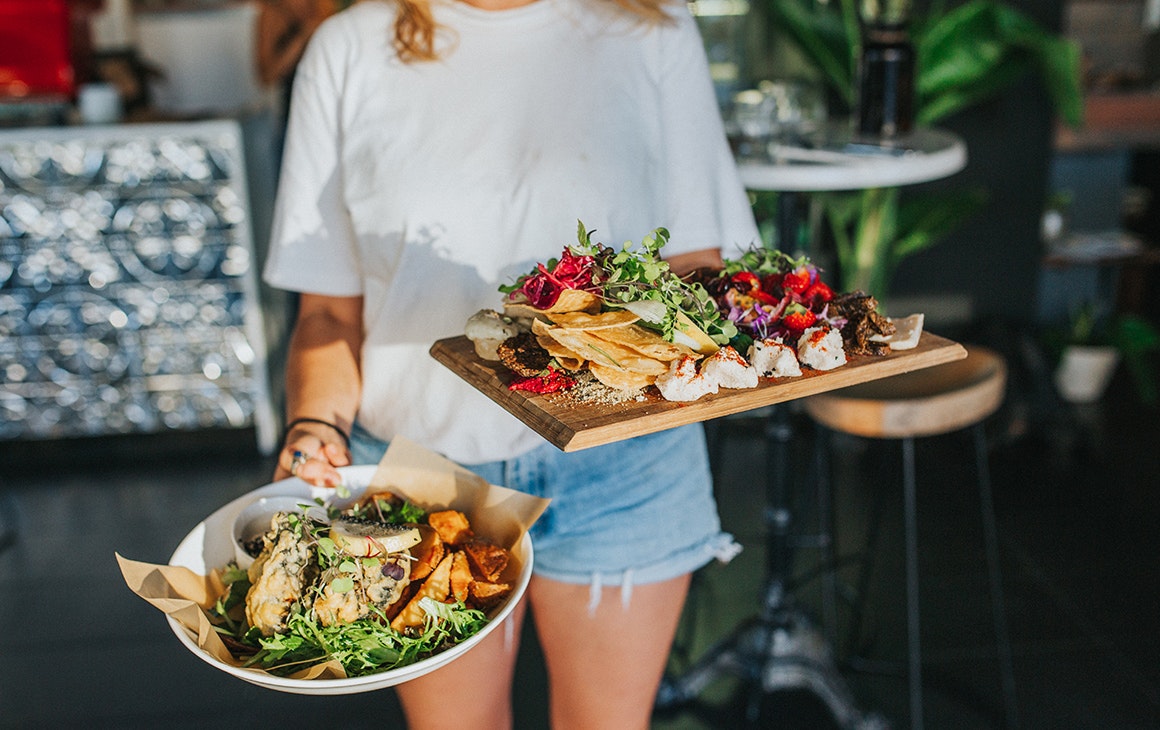 The latest venture from the vegan “cruelty free and killing it” team—who originally brought us Greenhouse Factory is Kirra—flung open the doors of Greenhouse Canteen a few months back and has been delivering plant-based fare to the masses ever since. Commanding a Miami street corner, this intimate urban and leafy eatery is pumping every time we drive past, and is changing foodie perceptions with their mantra, “Anything you can do, we can do vegan”. Not a vegan or vego? Don’t mock it until you try it, ‘cause this little gem is totally deserving of a spot among the best restaurants on the Gold Coast.

Unless you’ve been hiding under a rock, you’d have noticed Jupiters Hotel and Casino is in the midst of a mega makeover; with its flagship indoor-outdoor restaurant, Garden Kitchen and Bar an exciting sign of things to come. We’re loving the breezy white-on-white décor and general leafiness while, come the weekend, the outdoor bar and patio morphs into a place to be and be seen. Hot tip: don’t miss the Hollywood-esque light installation illuminating the palm trees on the way in.

It’s true. The talented Carney boys have done it again. Not satisfied with owning the best Italian restaurant on the Gold Coast, earlier this year they extended the family with little brother eatery—Gemellini. What’s become a refined addition to the hipster Nobby Beach scene, Gemellini is dishing up authentic wood-fired pizzas, just-like-Nonno-makes pastas, and those drool-worthy Nutella Bomba desserts. What do they say? Nom nom nom. 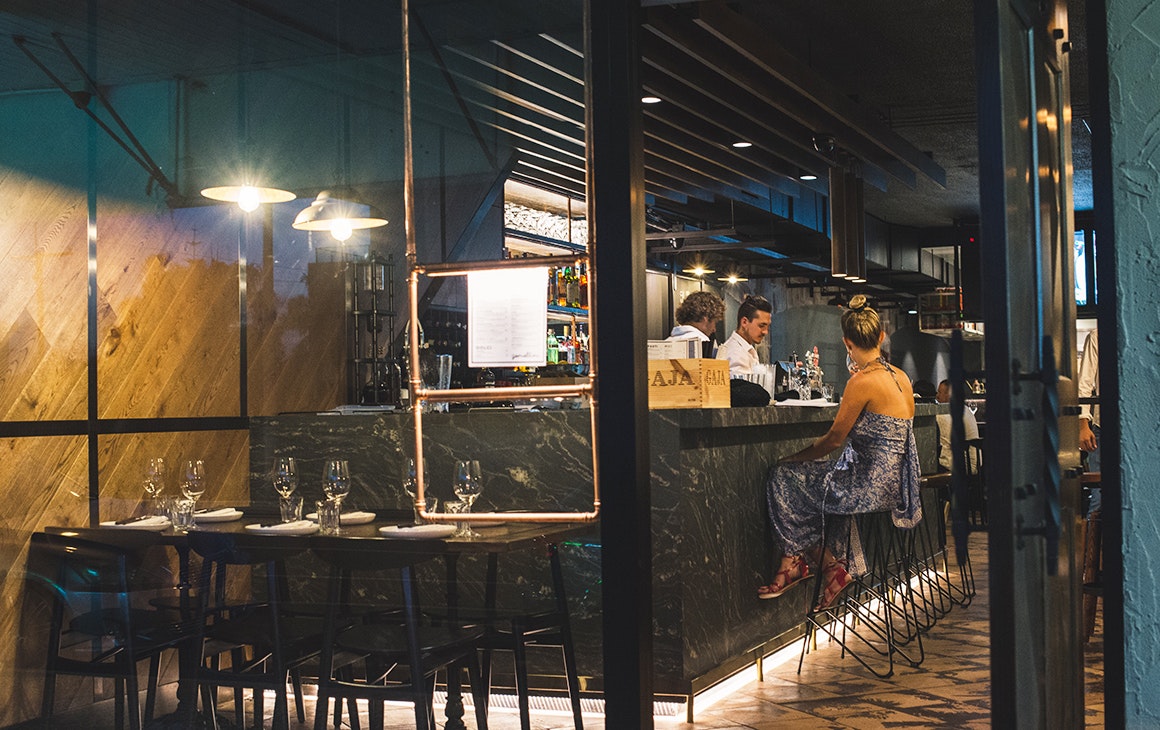 Vegetarians unite! One of the Gold Coast’s most-adored vego restaurants recently expanded to a second venue within Southport’s swanky Ferry Road Markets complex. Born from an overwhelming demand for their weekend breakfast in Broadbeach, the classy new Brickworks eatery is open daily from 7:30am, serving both breakfast and lunch. So you can get your fix of Cardamom Pod’s raw peanut butter and jelly smoothie bowls, Insta-worthy acai and pink pitaya bowls, health beneficial smoothies, fresh juices, raw desserts, meat-free savoury creations, and oh-so-much-more in the plant-based department.

If you’ve been hiding under a rock, then you might not have noticed the Gold Coast craft beer scene is literally on fire. Sneaking into the first six months of 2016 was the opening of much-anticipated Black Hops Brewery in Burleigh Heads. We love these guys ‘cause they’re just everyday blokes with a dream, which they’ve worked their guts out to bring to fruition. With Black Hops’ brews pouring on taps for well over a year now, the fellas were beyond stoked on unveiling their new baby to all their loyal supporters. The brewery’s cellar door is super intimate, accommodating a handful of people at a time, and is open six afternoons a week for takeaway off-sales and tastings.

New on the café scene in March and receiving some serious Gold Coast love if all your #decorenvy posts are anything to go by, Little Mermaid’s white, bright, and beachy makeover totally hit the spot with Metropolist readers. We reckon you can’t go past coffee with a newspaper in a peacock chair or a hanging bench seat among the 100 or so jungle-esque potted and hanging plants. Nutella and strawberry toastie, anyone?!

In a concept that’s relatively new to the Coast, the bagel-loving team behind Skull and Bones Espresso popped open a single-focussed eatery specialising in meatballs. Ball Boy Meatballs’ saucy balls come in subs or build-your-own pasta dishes, add to that ice-cold beer and cider tinnies, salads featuring ball-shaped cheese and vegies, signature ice cream sandwiches, and some cheeky social media channels, and you’ve got one of the most interesting venues to join the F&B landscape in 2016.

Want more of the best restaurants on the Gold Coast to pad out your hitlist? We’ve got you!