Hold the phone, shut the front gate and grab your Labraschnoodle because Melbourne's hawtest doggy date location is about to open its doors.

Greenfields Albert Park is an integrated health and wellness venue perched on the ever-stunning, ever-yachty Albert Park Lake. The ‘lifestyle sanctuary’ will present as a holistic eatery and function space that for certain functions will offer yoga and meditation classes (for humans) so you can walk out of brunch as the embodiment of health, rather than the giant hot cake you normally look like coming out of Top Paddock.

The eatery will offer clean eating people foods like sour green apple and cardamom pudding with coconut lime muesli, and the ‘green machine’ omelette with spiced zucchini and feta smash. 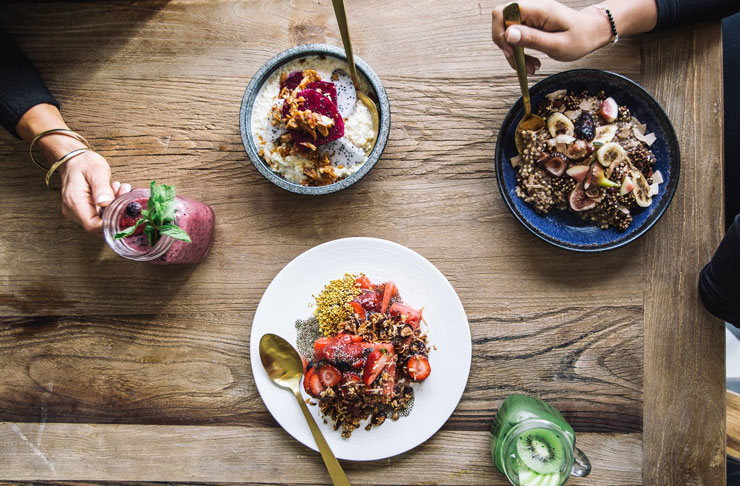 Doggy food will include ‘clean’ items such as puppachinos, bone broth and kangaroo pretzels, because it’s no longer enough to just pat the dogs, you have to turn them into north-side hipsters too.

Other things to write home about include the Lakeside Picnic Baskets, which will be available on Sundays from 12pm and come in three different varieties of amazing and can be enjoyed by the lake. There’s also a lakeside bar that will open at the same time for ‘Sunday Safari’, which will include live music, acoustic music and live games.

The eatery will officially open on Friday February 24 as a ‘pet-friendly’ café that caters for puppers, doggos and humans alike. So rustle up the woofers coz we’ve just found your new local watering bowl.

For more info, or to show your dog the menu, head to their website here.