The Rum Diary Bar in Fitzroy, a place where you can 'drink, rest and ponder the meaning of this mob', has converted its mezzanine courtyard into a South American, Caribbean and Spanish street-food platform.

Recognised with a plethora of awards and international acknowledgments, The Rum Diary Bar continues to develop, now offering Brunswick Street punters an enticing place to eat as well as drink.

As the venue marked its first birthday, owner Hamish Goonetilleke made the decision to renovate – teaming up with his friend and local chef Xavier Mercader, previously of The Raglan Group and Rockpool – to bring the food they love to the people of Fitzroy.

The concise menu exhibits a quality over quantity factor and appeals particularly to carnivorous consumers. Like most good eateries, it does not neglect vegetarians nor leave your pocket as thirsty as your palate.

Coal-roasted corn on the cob with chipotle chilli butter and manchego cheese opens the mas pequeno (small dishes) menu nicely. Quickly followed by a prompt serving of char-grilled padrone peppers and the empanadas of the week – a traditional Argentinian pastry filled with market-sourced deliciousness – and we were off to a wonderful meat-free start.

After a quick rum flight interval that involved tasting and learning about three of the bar's 170 different rums, we continued our adventurous flavour experience.

The mas grande (large dishes) introduced us to stingray fillet with chimichurri and fresh lime, and continued with a serving of the beef heart skewers – an extremely tender cut presented with aji panca chilli pate and mayonnaise. The morcilla sausage with pickled red cabbage and habanero chilli finished our evening, and was perfectly matched with one of the bar's new South American wine choices – a conscious development for the food's sake.

For the indecisive, the chef's selection is available at $30 per person. 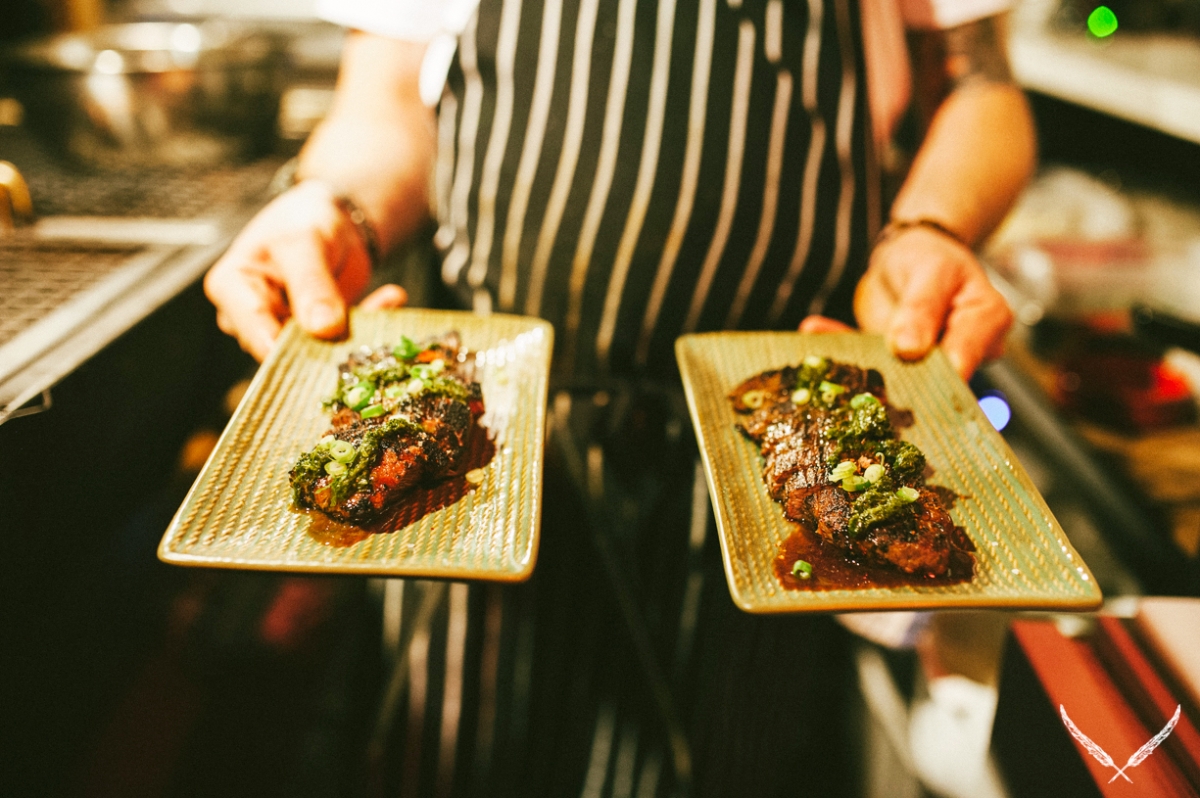 Spearheaded by Scotsman Andy Strachan, The Rum Diary Bar's all-star rumrunners are as charismatic as they are clever. The boys, all well educated on the sugarcane spirit, are prepared and able to put together a cheeky cocktail to complement your food. Whether you're about a well-balanced classic daiquiri or something fancy off the list, the decision to indulge will not be regretted.

You can drink the drink and eat the food in any of the venue's many nooks and crevasses. Before 11pm, you might want to act the Cuban cigar, El Dorado 12-year-old and empanadas roadside, or at anytime just seat yourself upon the refurbished backyard platform. Overlooking the backstreets of Fitzroy, the newly astro-turfed mezzanine is heated by the grill and covered by two large al fresco umbrellas. Old wine barrels act as tables, and cushioned beer kegs are used as seats. It's also here that you can watch and interact with the chef as he cooks.

The Rum Diary Bar, open seven days a week, is now food-ready between Thursday and Sunday from 6pm, and while it may not have been Thompson's intentions when he wrote the 'ticking of a thousand hungry clocks,' it is now, however, relevant.