'We Want War" clip by These New Puritans, directed by Daniel Askill, featuring Jordan Askill's headpiece
Australian jewellery designer and sculptor Jordan Askill's star is continually on the rise. His stunning jewellery collections are sold via the world's top boutiques, his sculptures immortalised in collections at the Museum of London and the World Chess Hall of Fame, and shortly he will be presenting his methods at one of the world's largest jewellery fairs, Inhorgenta, in Munich.

Jordan's career began in fashion, studying at the renowned East Sydney Technical College, before moving into a design assistant role within the esteemed studios of Dior Homme. It was while at Dior, living in the viscerally beautiful city of Paris, Jordan realised jewellery and sculpture was his calling. 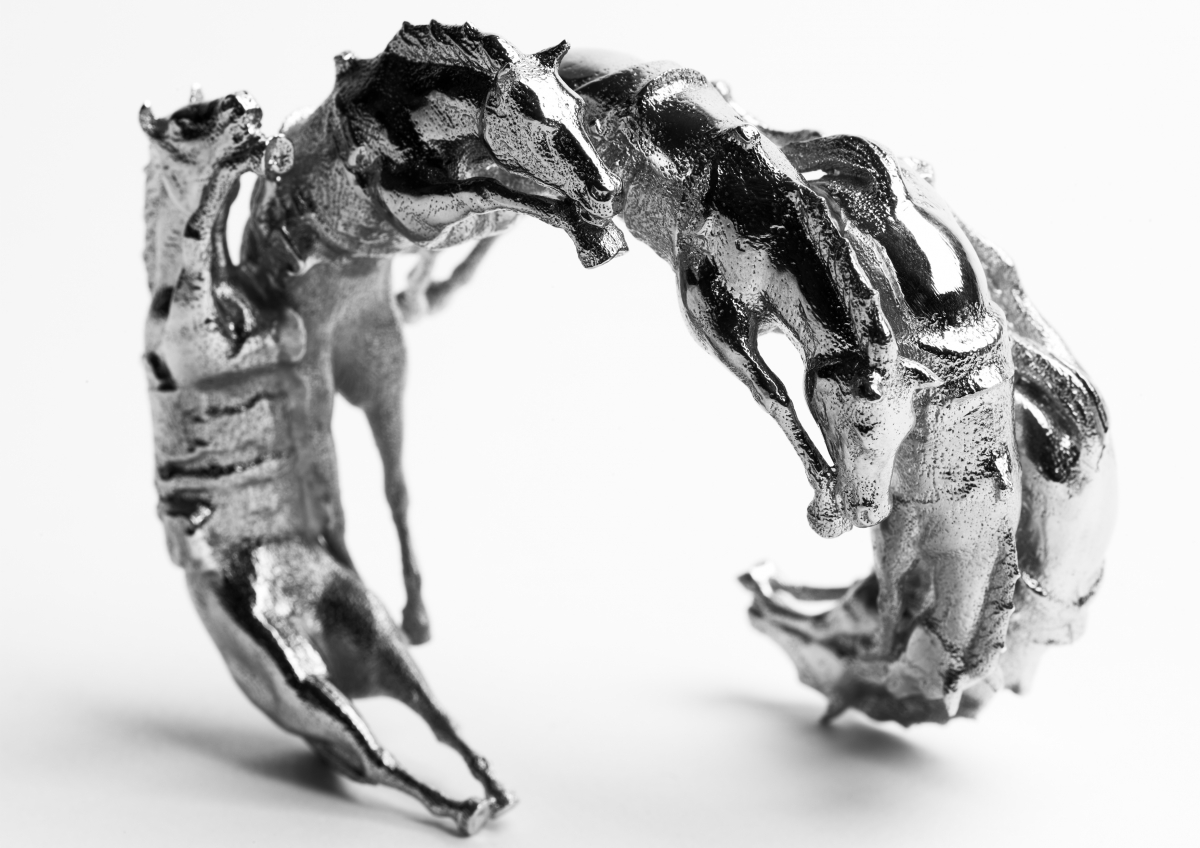 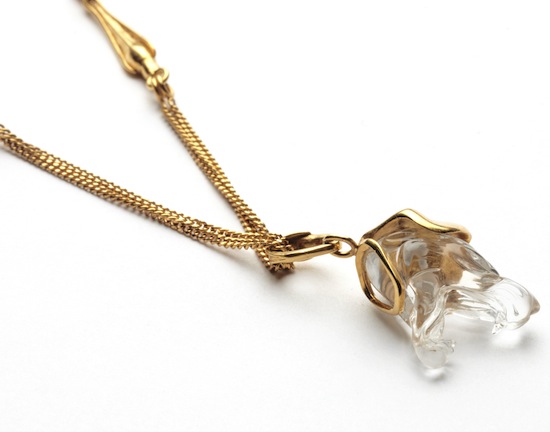 "In Paris I loved the Louvre and the Palace of Versailles, the beauty of the city all around. I guess jewellery stemmed from my love of sculpture and replicating things in frozen form, frozen in time—being able to take a piece of something with you. This coincided with working on jewellery at Dior," Jordan explains.

Post Dior Homme, Jordan relocated to London and embarked on a new creative journey with his iconic heart ring collection. This later broadened to animal rings like the panther and swallows, and to his first sculptural-based collection—'Rose, Bird, Boy'. Today, his interests lie with endangered species, in particular the Lear's Macaw. 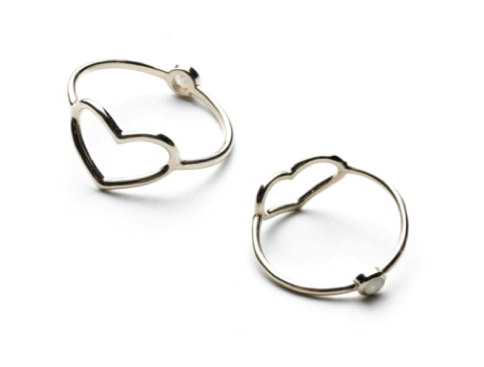 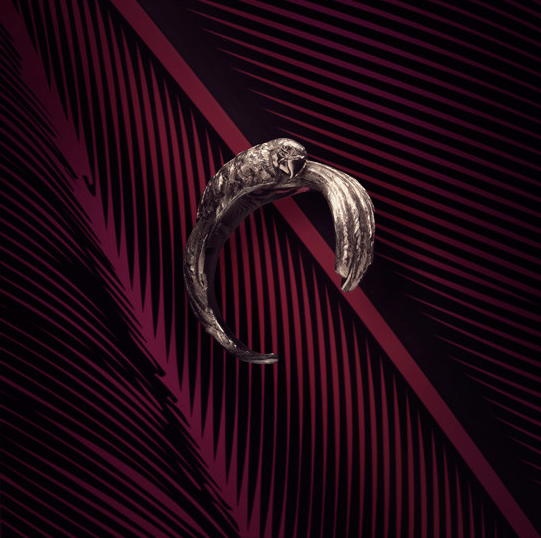 "It is amazing replicating these endangered species, augmenting the rare macaw birds, capturing them frozen in time, sculptured to sit on your finger. Something so near to extinction and yet you can wear it so close to you. It feels nice and melancholy at the same time."

Accolades have come thick and fast for this young designer, including the British NEWGEN sponsorship program in 2010, the Elle Style Award for Best Jewellery Design in 2012 and two nominations by the British Council for the British Fashion Awards. 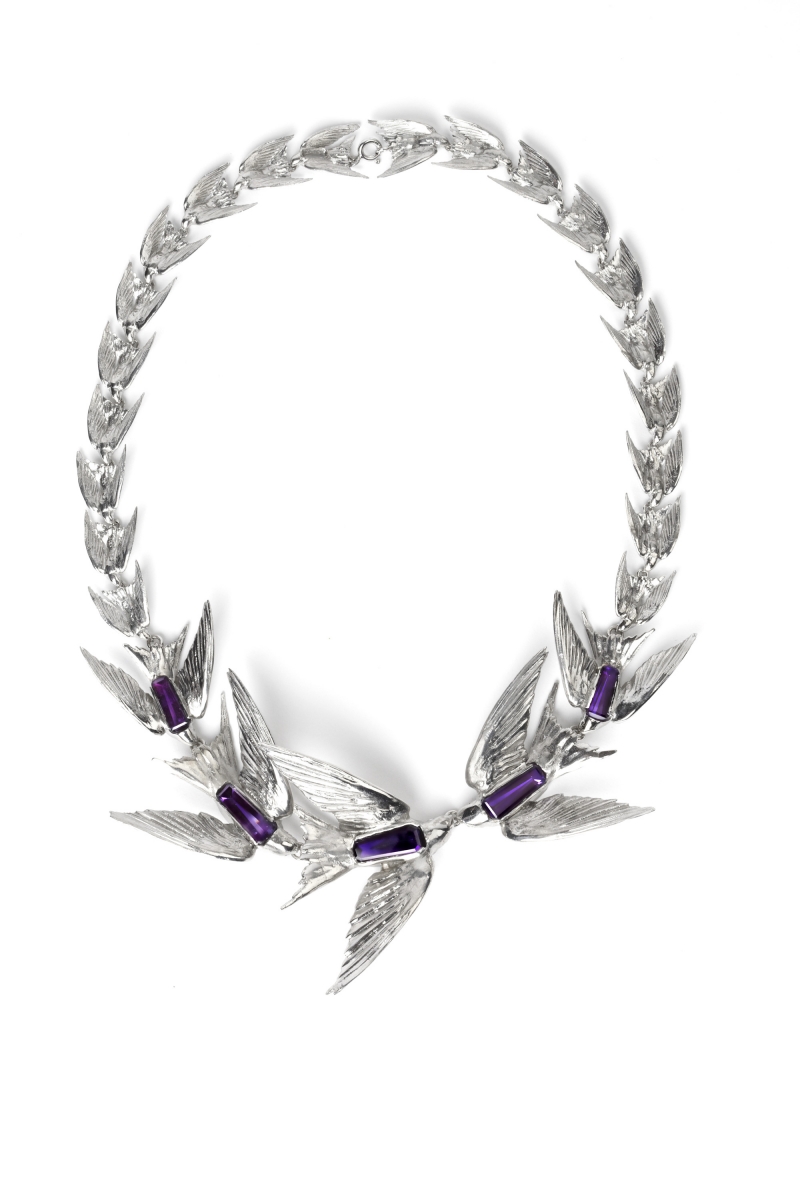 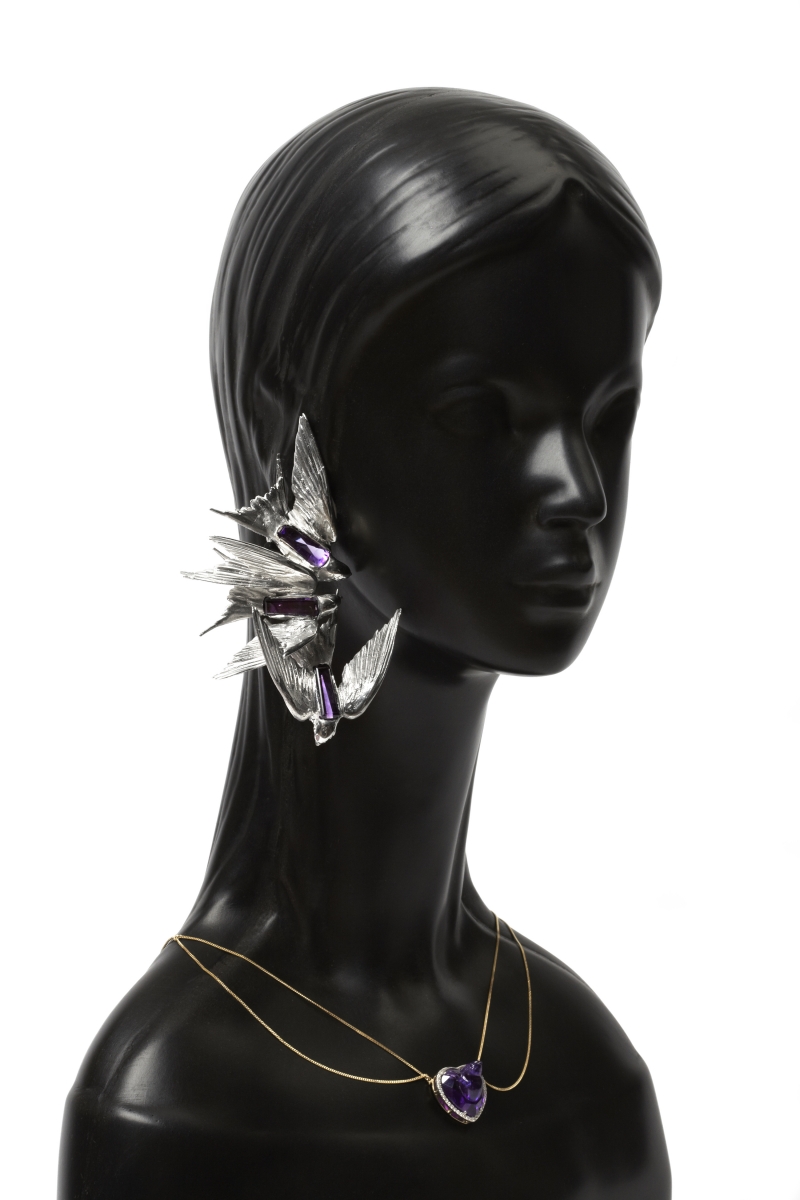 Jordan Askill's amethyst collaboration with Gemfields, based upon the swallow 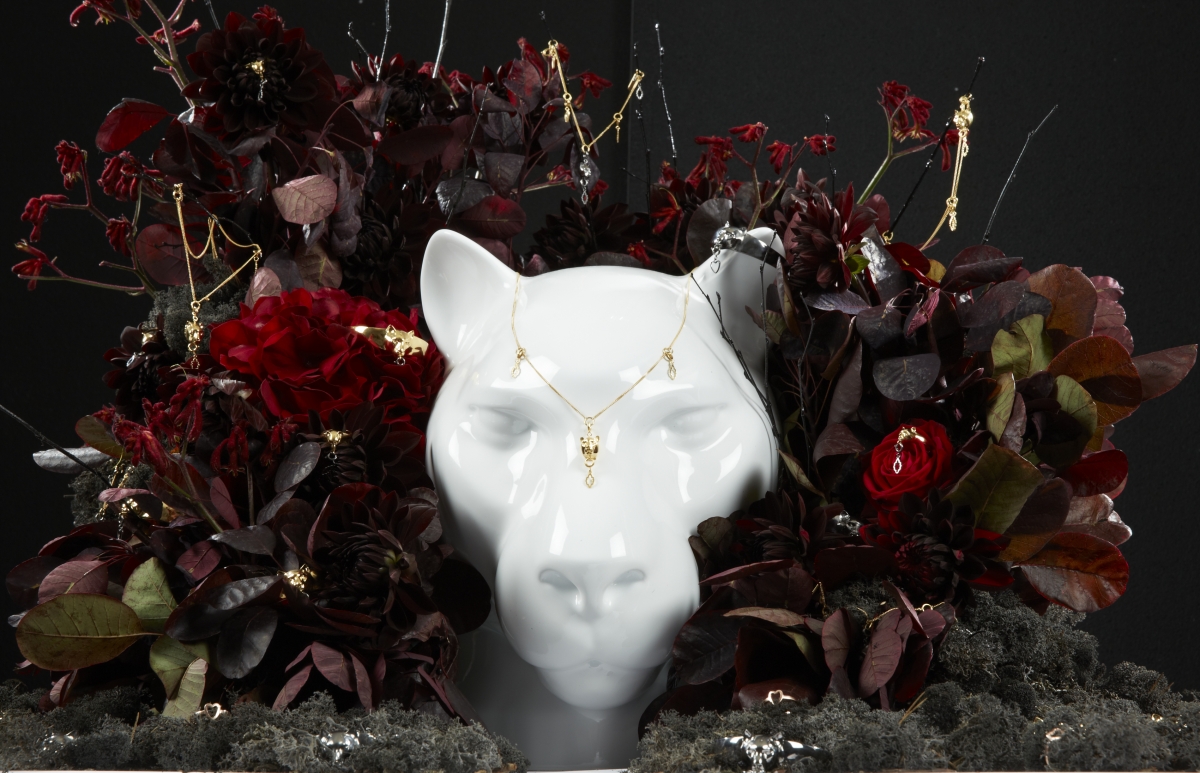 "With jewellery, clearly it is something you can wear and my interests lie in the sentimentality of that. Buying something special and precious that you take with you. It can then be passed on to others, there's a lot of meaning there," Jordy continues. "My heart rings are so small and delicate but people can pass them on. My grandmother wore her heart ring so much that it ended up mangled into a figure eight shape on her finger, and there is something beautiful in that. It becomes altered by you wearing it, moulded to you and that you can have it forever." 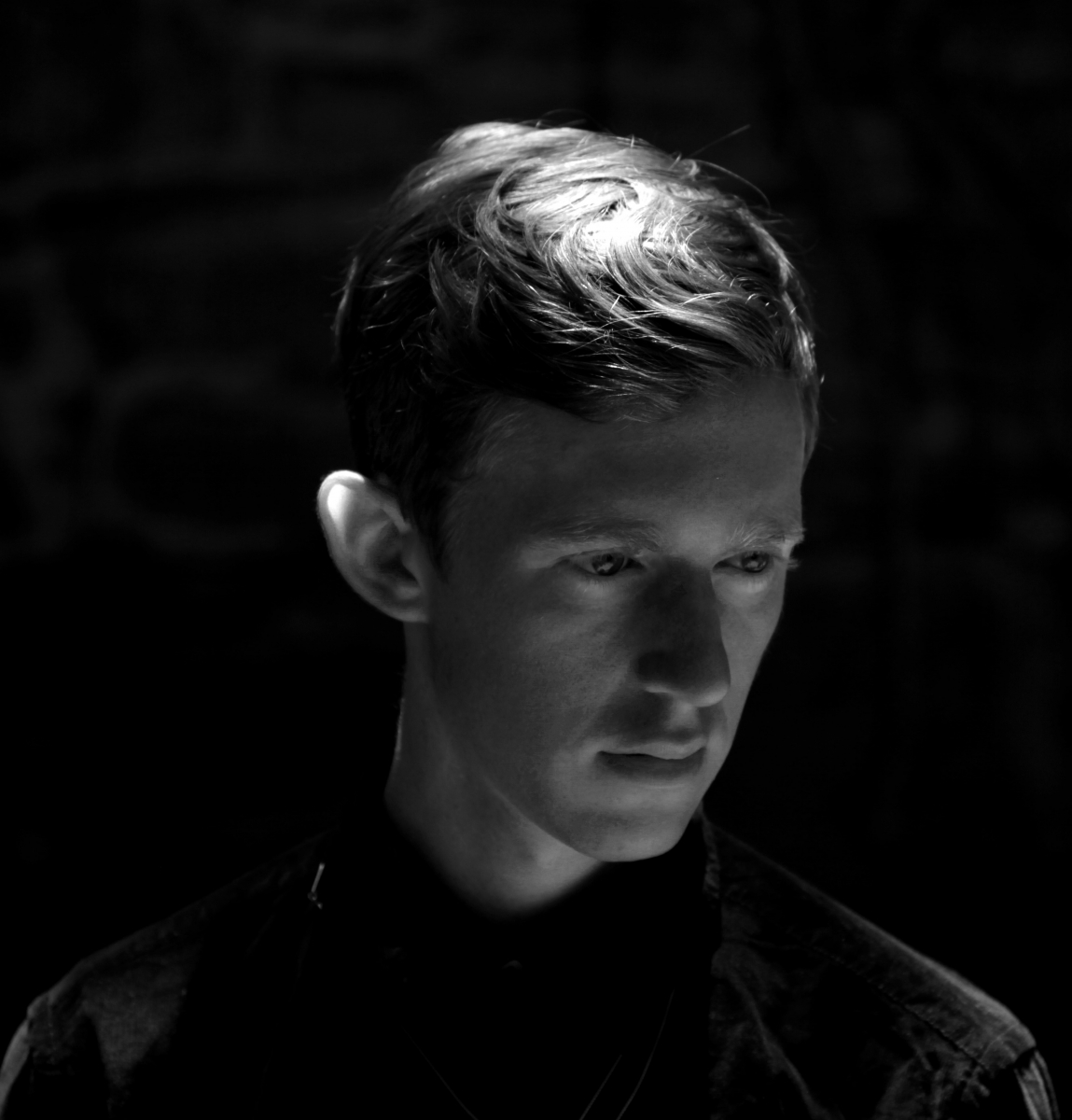 Currently Jordan's sculptural works are on show at the Museum of London's 'Made in London' exhibition and the World Chess Hall of Fame's 'A Queen Within: Adorned Archetypes, Fashion and Chess'. Prestigiously Jordan's works sit alongside those of Alexander McQueen, Maison Martin Margiela and Jean Paul Gaultier. 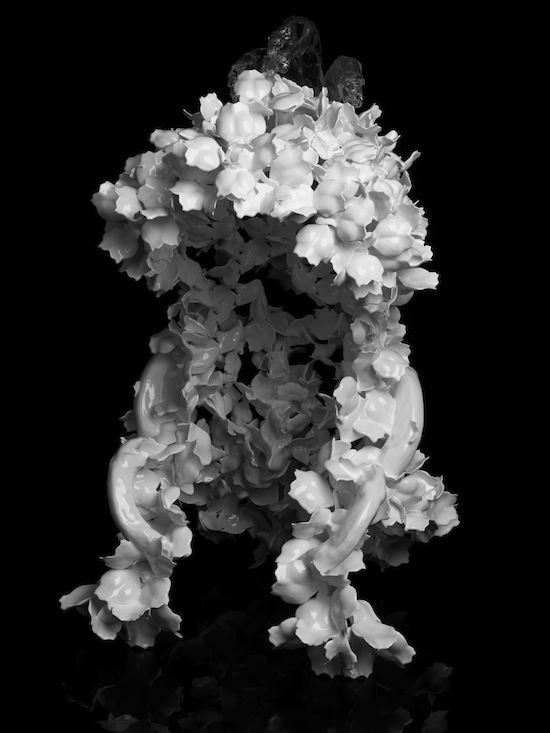 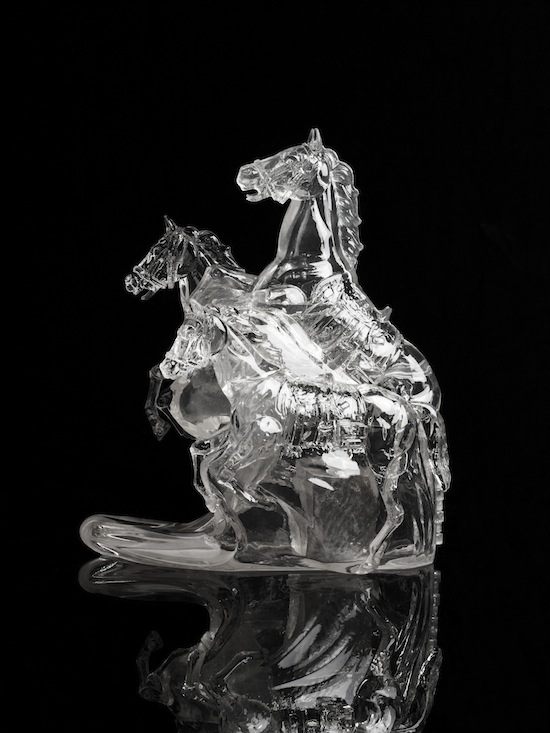 Jordan works with the latest 3D scanning technology to create both his sculptures and jewellery. Identifying his chosen subject, Jordan scans the object constructing a 3D digital model, this can then be manipulated as desired and printed in 3D. The final object is then turned into a sculpture or used to create a cast. The method of utilising 3D scanning technology in the creation of fine jewellery is the basis for Jordan's presentation at the Munich Inhorgenta jewellery fair.

"Digital technology helps me express what I want to, it helps me actualise the shapes and objects that would be hard to realise otherwise. I visualised what I wanted to conceive and then found the means to do it, which was 3D technology." 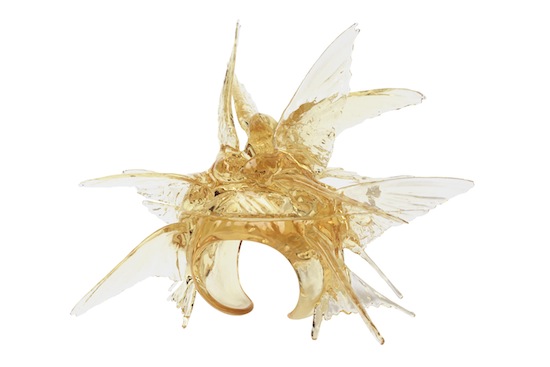 For example Jordan's swallow collection is the result of a taxidermy swallow being scanned in 3D, from there Jordan was able to multiply, distort and manipulate the swallow into sculptures and jewellery pieces. In contrast, his first collection 'Rose, Bird, Boy' was based upon found objects, personal amulets, which were cast and then finished off by hand.

Through his work, Jordan aims to create a sense of 'otherworldliness' to give the audience an alternative perspective of the subject. "It is about giving new life to the artifact." 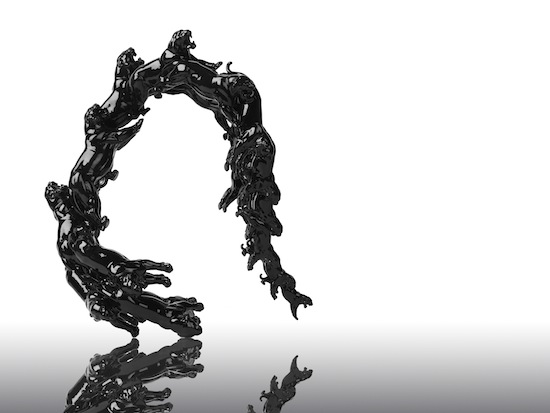 Jordan Askill jewellery is stocked internationally at Colette in Paris, Liberty and Harvey Nichols in London, and Opening Ceremony in the US. Locally, Jordan's range is available from Violent Green in Brisbane, 11:11 o'clock in Byron Bay, Green With Envy in Melbourne and The Corner Shop and Land's End Store in Sydney. The collection consists of white, yellow and rose gold and small coloured gems and diamonds.