There’s A Big Pyramid At Birrarung Marr This Weekend, Here’s What’s Inside

So Nike are launching a new football boot, the PhantomVSN, and they've gone a little OTT on the activation.

If you haven’t seen the posters plastered over the city, you’ve probs notice the massive black pyramid now standing at Birrarung Marr. No? Well let’s get you out of that hole you’ve been living in.

The five-story pyramid is hosting the new Phantom League and Phantom Cup tournament this weekend. It's basically a pyramid football rave tournament where you (and your mates) can compete for the title of city champions.

The five-a-side football tournament (soccer if you’re one of ‘those’ people) allows local players to sign up with their teams and compete in the Phantom League. The four winning teams will qualify for Friday nights semi-final, and spectators can sign up to watch the teams go head-to-head beneath the pyramid. It’s getting heated guys. 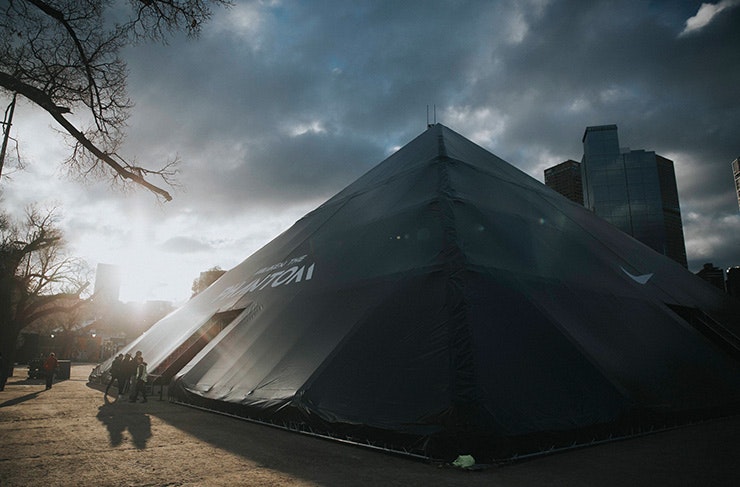 So what else is in there? A caged trial area where you can lace up and have a run around in Nike’s latest football boots, the PhantomVSN. Worn by Philippe Coutinho, Mallory Pugh, Kevin De Bruyne, and repped by Aussie players Aaron Mooy and Sebastian Pasquali, I’m backing-in they’ll be a dream to play in.

Don’t feel like getting sweaty? That’s cool too. Every night will host beats (from DJ Sippy) food and drinks, and a pretty sweet digital projection on the pyramid exterior. 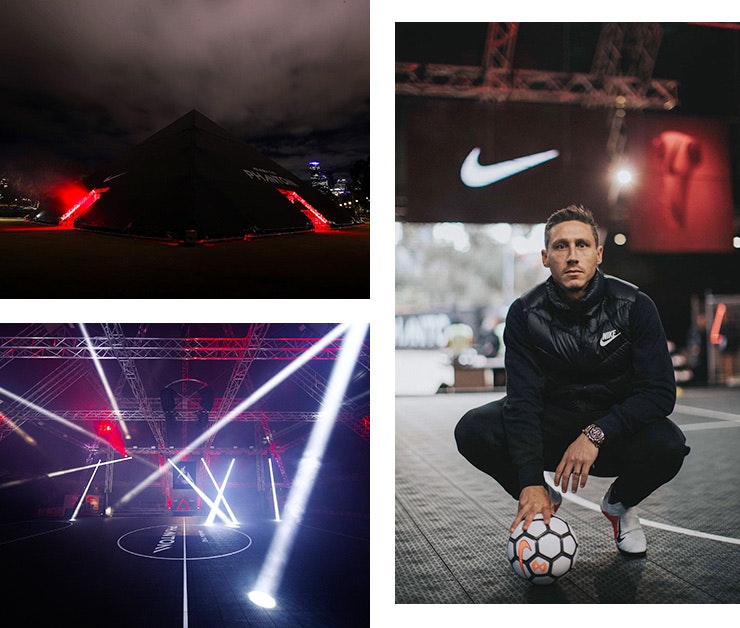 Let’s get to the deets. The Phantom Pyramid is open from Tuesday 7 August to Sunday 12 August. Spectators can sign up for free for entry via the below links, and if you really rate your skills, there are still some spots available to register your team.

PSA: Players and spectators experiencing the Phantom Pyramid on Friday night will also be treated to a very special reveal from Nike. We can't reveal the details yet, but it should be pretty sweet.

You can register for the Phantom League and Phantom Cup over here.

Looking for other stuff to check out this weekend? See our list of 15 Awesome Things To Do In Melbourne This Weekend.