Black Rock local, Duncan Thomson, was frustrated that Melbourne's obsession with fantastic cafes and wine bars appeared to end at Bayside's beaches, so when the perfect spot popped up at the iconic Black Rock Clock, on the corner of Balcombe and Beach Roads, he decided to open one for himself: Ebenezer Coffee & Wine Bar.

'I always struggled to understand why we haven't got the same funky cafe culture as the rest of Melbourne,' he says. 'A big part of that is that no one has spent enough time focusing on the design, which is almost as important in Melbourne as the coffee and food.'

With that in mind, he got Eades & Bergman, the award-winning team behind the interiors of venues like Meatball & Wine Bar, Mr Miyagi and Kong on board. 'I knew we had an opportunity to make a big splash in Bayside,' Thomson says. 'It's a very fluid relationship, we're all working very hands on.'

'I love the modern industrial feel, and the idea of creating something a little bit old school for two reasons ' Thomson says. 'We're using raw materials in their true form that are built to last over time, and I like the idea of going back to old-school service at Ebenezer too.'

Previously director of food and beverage at the Arts Centre Precinct, Thomson took time of to look after his two young daughters while his wife went back to work. When it came time for him to return to work, he didn't want to go back into the corporate environment, so Ebenezer Coffee & Wine Bar is the perfect scale.

Harris Ryan, formerly of some of Melbourne's best restaurants and cafes – think Circa, Pei Modern, Richmond Hill Cafe and Larder, as well as Gorski and Jones – is in charge of the kitchen, with the focus on fresh produce, sourced from local suppliers. Hungry Baysiders can chow down on yum brekkies like zucchini and quinoa fritters with smoked trout and asparagus, or Jamon Iberico baked beans with poached egg and chorizo.

Ebenezer's lunches are packed with chunky salads like pickled beetroot, blood orange, fennel, radish and ricotta, or plump for stuffed sandwiches like Gypsy ham with pickles and Jarlsberg. As evening settles in, a grazing menu with oysters, pickled mushrooms, grilled chorizo with lime and chicken liver parfait are the perfect accompaniment to Ebenezer's wine list, featuring side projects from some of Victoria's best-known and most-celebrated winemakers. Ryan will also provide daily signature dishes, like a 12-hour lamb shoulder.

And for bright and early risers, Ebenezer Coffee & Wine Bar's sparkling new custom-made La Marzocco will be brewing up Seven Seeds' new signature roast. 'We want to see locals four or five times a week,' Thomson says. 'You can grab your morning coffee, nip in for lunch or have a glass of wine and some oysters in the evening.' 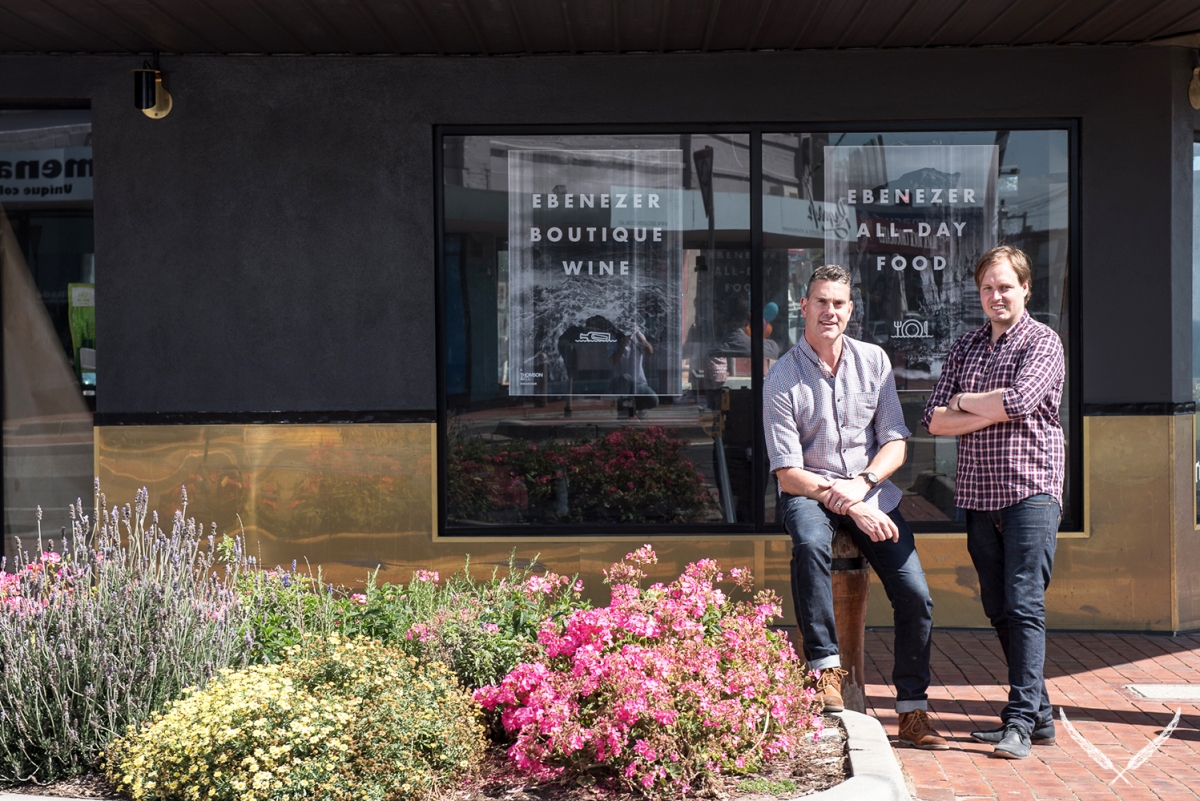