The latest watering hole to hit the Valley is a public house for the people that goes by the name of Beirne Lane. Trading within the recently revamped TCB building, this bar-slash-eatery takes the terroir of their real estate seriously, paying homage to a Mr. Thomas Charles Beirne, a prominent local figure of his time who was instrumental in developing Brisbane’s economy post-federation.

Now his memory and legacy looms large over the lane, providing a steady course for the public house as his influence is felt in almost every aspect of their operation.

Sharing food with good friends and making merry until the wee hours is what Beirne Lane does best. Further encouraged by their namesake’s belief in supporting the local economy, Beirne Lane is a keen supporter of local producers, touting itself as a ‘House of the People’, which is why they are open 24/7. They literally never close.

Beirne Lane has taken a less is more approach to the fit-out, retaining Sydney design firm AZB Creative to help build a classic, lasting space. From a practical standpoint, Beirne Lane is designed to accommodate Brisbane weather with outdoor seating and plenty of greenery, leaving the building’s history to be represented in aesthetic touches like the mosaic tile flooring and booth seating. From the outdoor terrace, visitors can settle in and overlook whatever’s happening along the mall. Perfect for people watching. 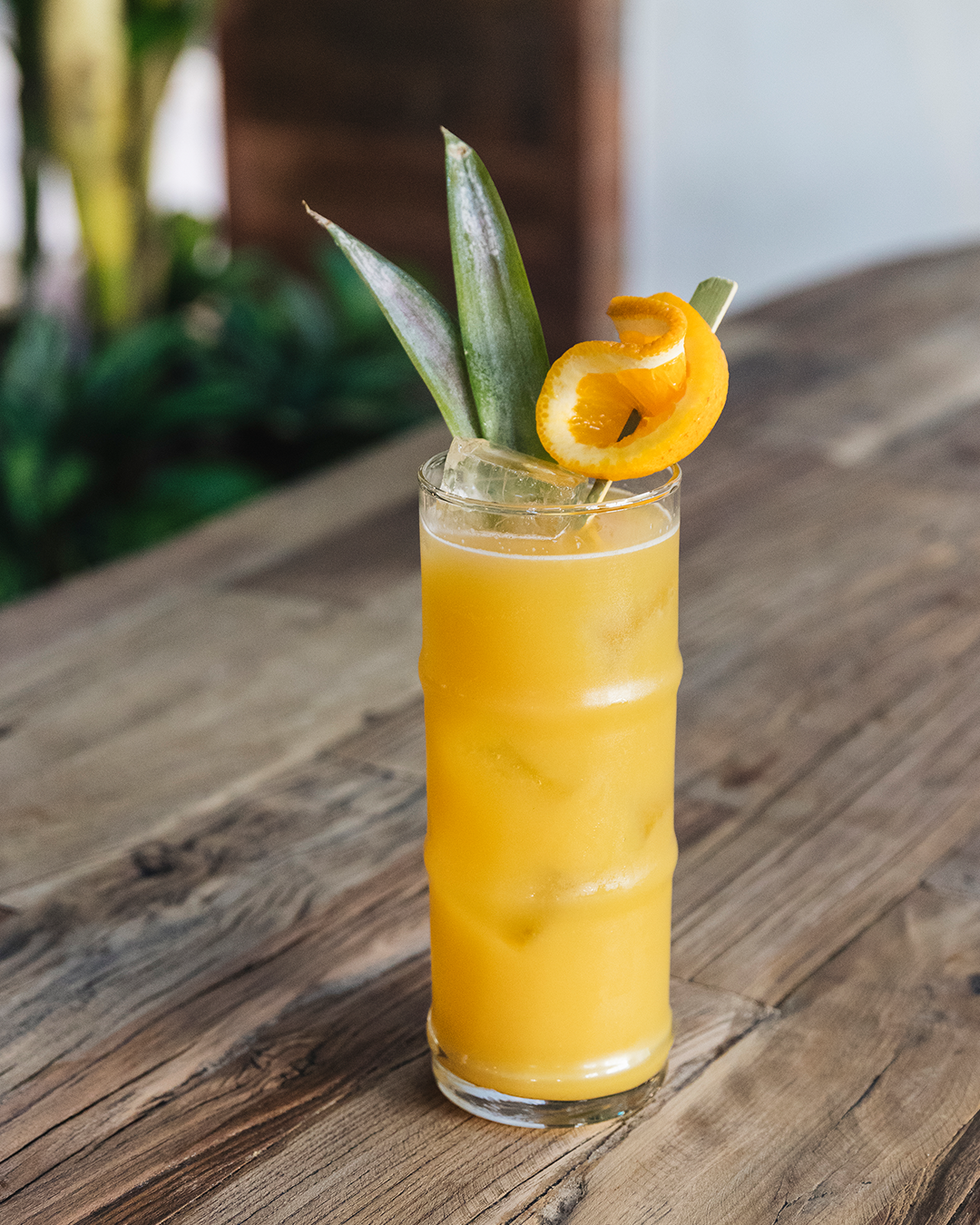 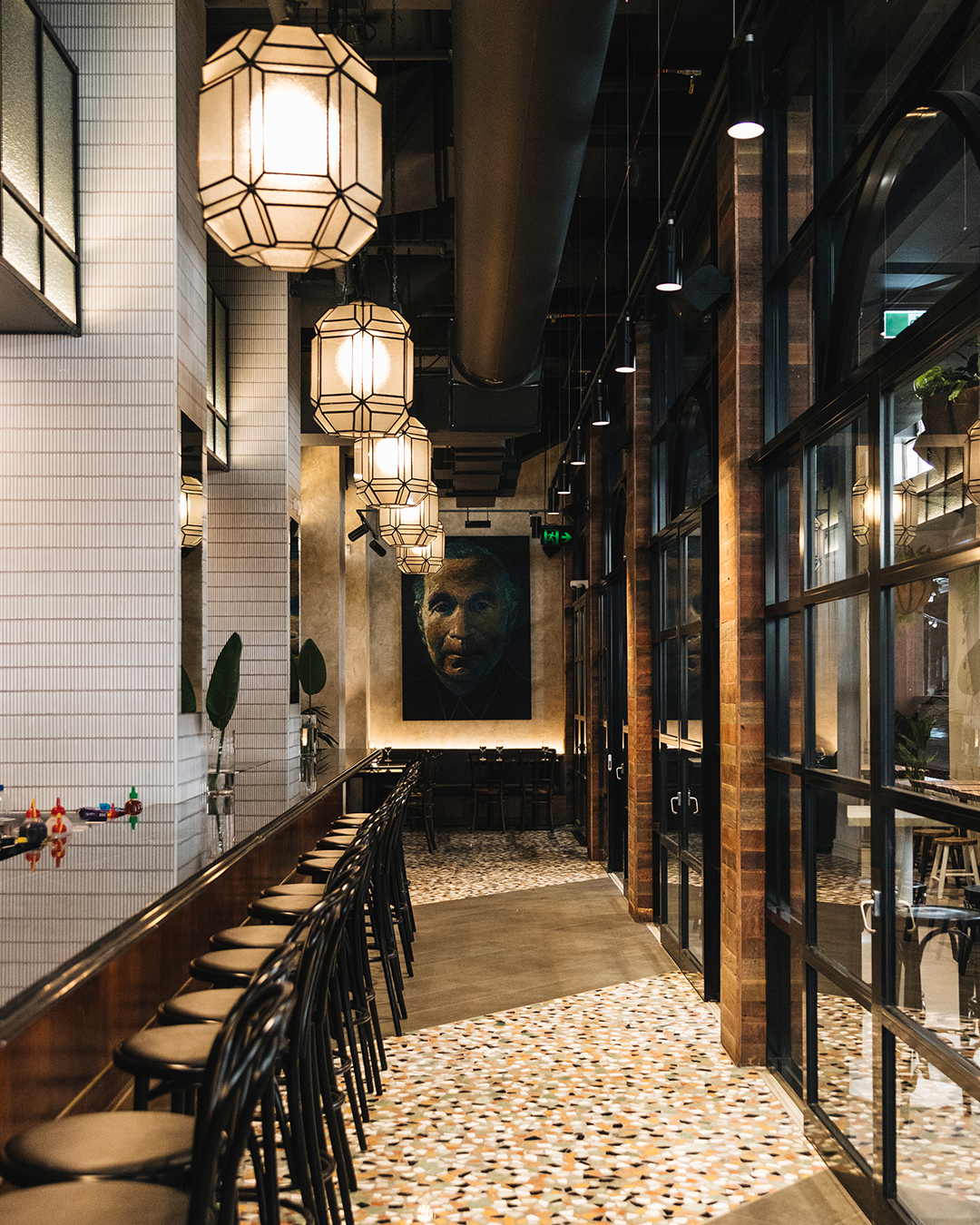 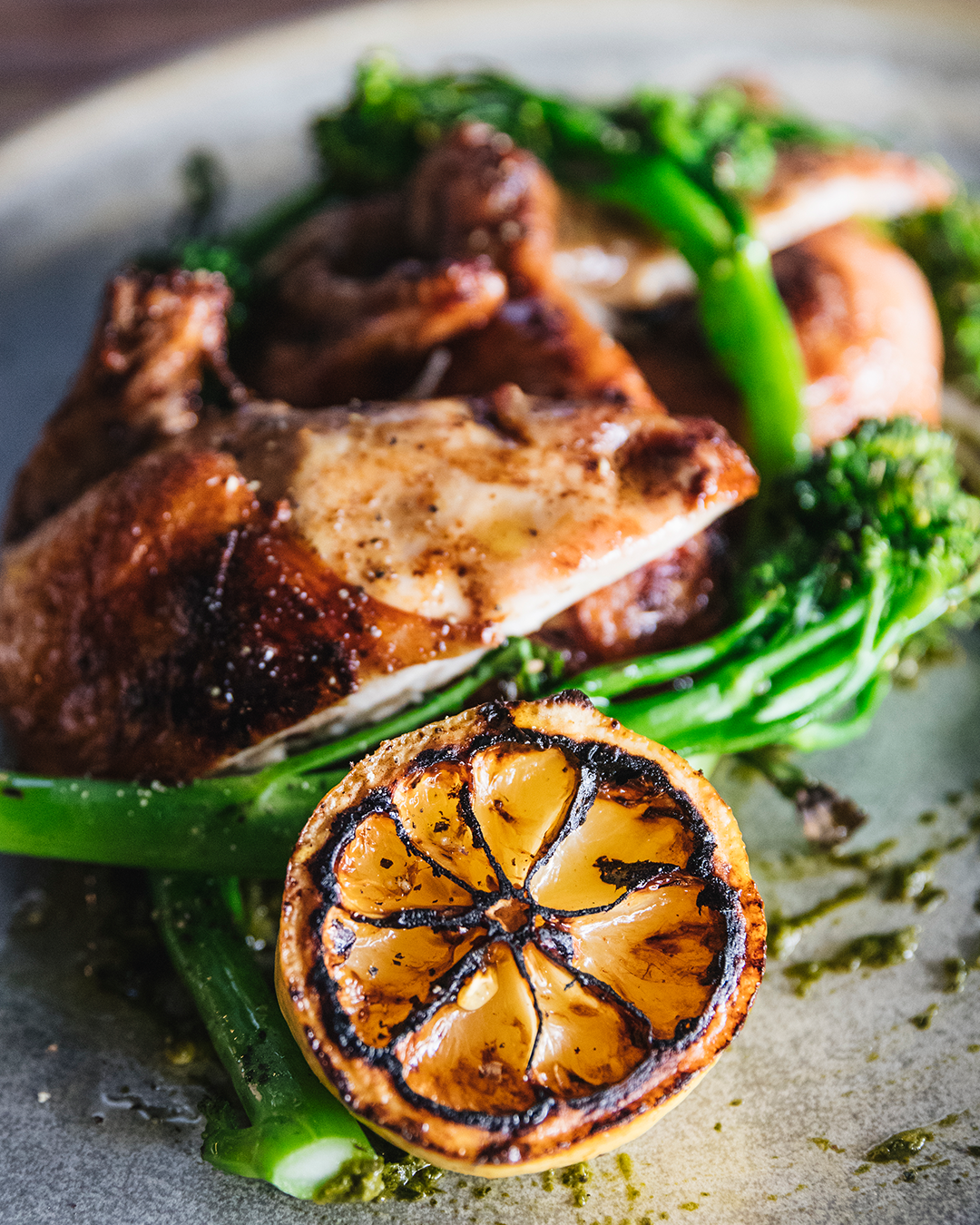 The menu is designed to reflect TC Beirne’s favourite foods. Enchanted by his travels to Japan, TC Beirne was a hardcore Japanophile, and despite moving to Australia to make his fortune at the tender age of 24 he never forgot his Irish roots. From this comes a fusion no one saw coming but everyone can appreciate as traditional Japanese sashimi is listed alongside hearty carbs like the cob loaf with beer cheese.

They’re open 24 hours a day, but the katsu sandwiches are a strictly daytime option so we made sure to roll up within the lunch window. Between 11.30am and 2.30pm, Beirne Lane offers a variety of katsu sandos including tofu, barramundi, chicken, and pork, each spruced with kewpie and fixings, all served with beer battered chips and slaw. The protein was crispy, the bread was fluffy, and we’ll be coming back for the dessert katsu sando with mars bar and madeira cake.

One personal tradition of Beirne’s is to continue is the infamous Shilling Meal. Known to be a great employer, Beirne used to grab lunch from a local fish shop with his longest standing employee, Mr Nolan. The feast consisted of a plate of oysters, steak and vegetables, and a dessert for just one shilling. While Beirne Lane’s iteration is significantly more than that, the feast for two is the perfect repast for a long lunch and features freshly shucked oysters, rib eye on the bone, onion rings, salad, and a clotted cream cannoli to finish. We’ll be coming back for that too.

Naturally, being billed as a public house, Beirne Lane offers a range of local wines and local beers on tap, as well as a heart-stopping signature cocktail that may or may not knock you flat for three days, but there’s only one way to find out.

Thanks to their perpetual business hours, you can come down and check out Beirne Lane at absolutely any time that suits and charge a glass to the man who helped build this town. What a sport he was.