We Talk Collabs And Creative Synergies With PLACES+FACES and GUESS Jeans U.S.A.

If you missed the fairly massive news that a PLACES+FACES x Guess Jeans U.S.A pop up was happening this weekend (like, right now) in Sydney, and will be travelling to Melbourne next, we’re here to remind you not to miss out on this epic wardrobe opportunity.

Available exclusively at this travelling pop up, the collab is the creative genius of good friends and streetwear legends, co-founder of PLACES+FACES Imran Ciesay and Director of Brand Partnerships for GUESS? Inc and GUESS Jeans U.S.A., Nicolai Marciano. The collab, they say, was a natural ride marrying up old and new style legacy to create something fresh.

Sydney-based art director and photographer Darren Luk dropped into the pop-up to talk collabs, streetwear, authenticity and creative synergies with Ciesay and Marciano.

Darren Luk: What made you guys want to partner up on a collaboration?

Imran Ciesay: One day I woke up and wanted to do a GUESS collab, so I hit up my boy Nicolai. Before I said anything on the phone, he said, “Yo do you want to do a GUESS collab?'”and I was like, "Fuck yea bro how did you know?" and he's like, "I just knew."

So, we then just came together to make this beautiful moment we have now. This collab is a mixture between two ideas, two identities, the past and the present to create the future. The photography of PLACES+FACES, the reflective mixed in the with the cultural heritage of GUESS' striped products, their amazing old school campaigns combining them together.

Nicolai Marciano: Ciesay said it pretty well. It's interesting working between both brands and you know the history of photography and advertising that we have, and what Ciesay and Solomon are doing with their brand, and being able to collaborate from a photography, advertising and product standpoint; and going back to our archives, putting in new elements of design and from the PLACES+FACES brand with a lot of the reflectivity has been a really interesting opportunity to put something together. 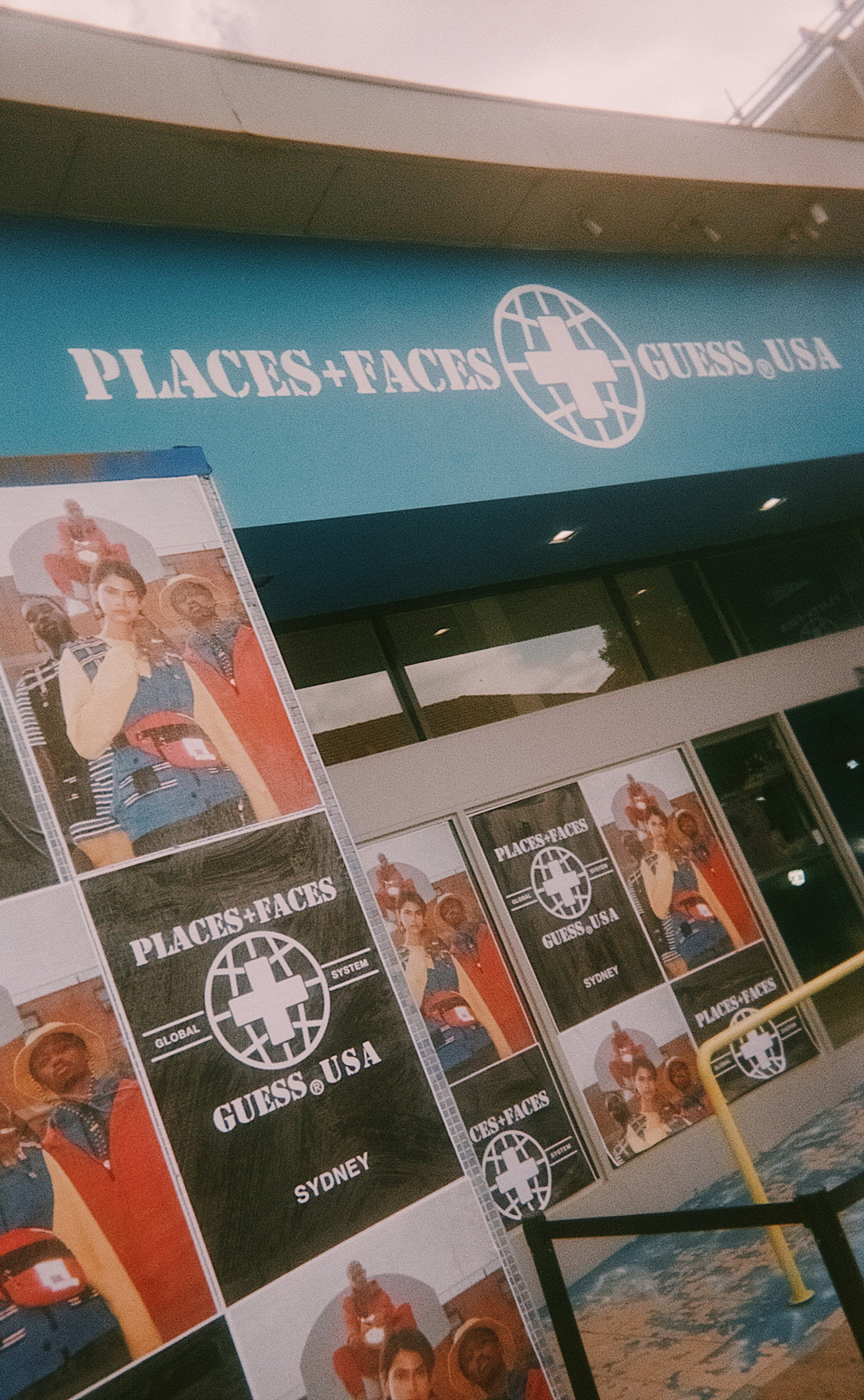 DL: Why do you think fashion and streetwear are so important to young people?

DL: These days there are so many brands trying to be "cool." What do you do to ensure that a GUESS and PLACES+FACES collaboration remains unique in a world so saturated with collabs?

NM: I think what makes the most noise is the products that makes the most sense and where there's an actual story being told together, not just two brands being put together just to say, oh you have this amount of following or whatever and put something together to make some money, that's when it's not successful.

IC: The narrative, being able to tell a story visually, the identity—you know? Even doing a pop up here has been a whole story. We started in LA for the first pop up, then from LA we travelled to Shanghai, then to Singapore, to Tokyo, then we brought it back to London, now we're Down Under—turned the world upside-down. It's just telling the visual story, just making sure that it's always something that people can follow and can relate to.

As Nicolai said, it's not about, “oh they have that following, let’s use them for this". To us, the clothing was the secondary thing. GUESS has always been to us about the campaign to the visuals from the shoots with Naomi Campbell and all these people. We wanted to do something when people look back in like 10-15 years, people will be able to see PLACES+FACES was a part of the GUESS narrative and we were able to put out a new style to create a new wave of stuff with them.

DL: So for a collaboration, what would you say is the key factor for success?

NM: It needs to be organic.

IC: And it needs to make sense. Even like if people seeing us hanging out with each other outside of the collab, like we're eating a meal together, that shows that we're connected rather than, okay we're just doing it for [a financial] reason, and again this is where the disconnect comes from.

Head over here for everything you need to know about the PLACES+FACES x GUESS Jeans U.S.A. pop up.