Catching Up With Jesse James Ward Of Movement

After releasing their successful single 'Feel Real' followed by the highly praised 'Us', the boys have continued to polish their sound, pulling listeners in with their latest emotive offerings 'Like Lust' and 'Ivory'. With the drop of their four-track eponymous EP just a few days away, we were keen to catch up with the trio to talk mixing with Illangelo, hanging out in Hvar and recording deep into the dark hours of the night.

In support of the release, the boys are preparing for an Australian East Coast tour during May and June, before their first UK headline show en route to FOR Festival in Croatia.

TUL: Congratulations on your stunning EP, which is set for release this Friday. Can you tell us about the recording process?
Jesse James Ward: Thank you very much. The recording process was fairly simple, I think the same can be said for most things we do—we just prefer to work that way. We write most things in our bedrooms and like to start things and finish them in one evening. We always try to stay as conscious as we can to keep things as minimal as possible—like if we can't achieve what we want in a few layers, it's probably not going to work.

We were fortunate enough to work with Illangelo on the production, which was a big thing for us, as we have been long-time fans of his past work with The Weeknd. He added some great things that really took the tracks to new places we hadn't considered. As far as the writing of the songs themselves, we have been writing for a long time so everything on the EP is a product of something we have been working on for a while. It's a fairly good representation of where we are heading with things, and a look towards things we plan to explore in our debut LP.

TUL: How did it feel to have all your work put onto one cohesive compilation?
Jesse: It's really strange: we are all complete perfectionists with everything we do, so actually committing to our first proper release is big! The tracks that are on the EP are all quite different, and I'm sure this is the case for most artists; we're finding our sound more and more with everything we do, and as we become more confident in our own abilities. We probably still aren't all that sure of it even now to be honest—but we enjoy all four songs on the EP so we hope other people do too.

TUL: What bands first inspired you to get into music?
Jesse: We all have pretty diverse tastes in music, but in saying that, we've all been fans of older soul and R&B even before we knew each other that well. I suppose that became a sticking point for the type of music we started to write together. We have big love for older things like Marvin Gaye and Stevie Wonder, right up to more modern sounds like Kelela or Evian Christ. 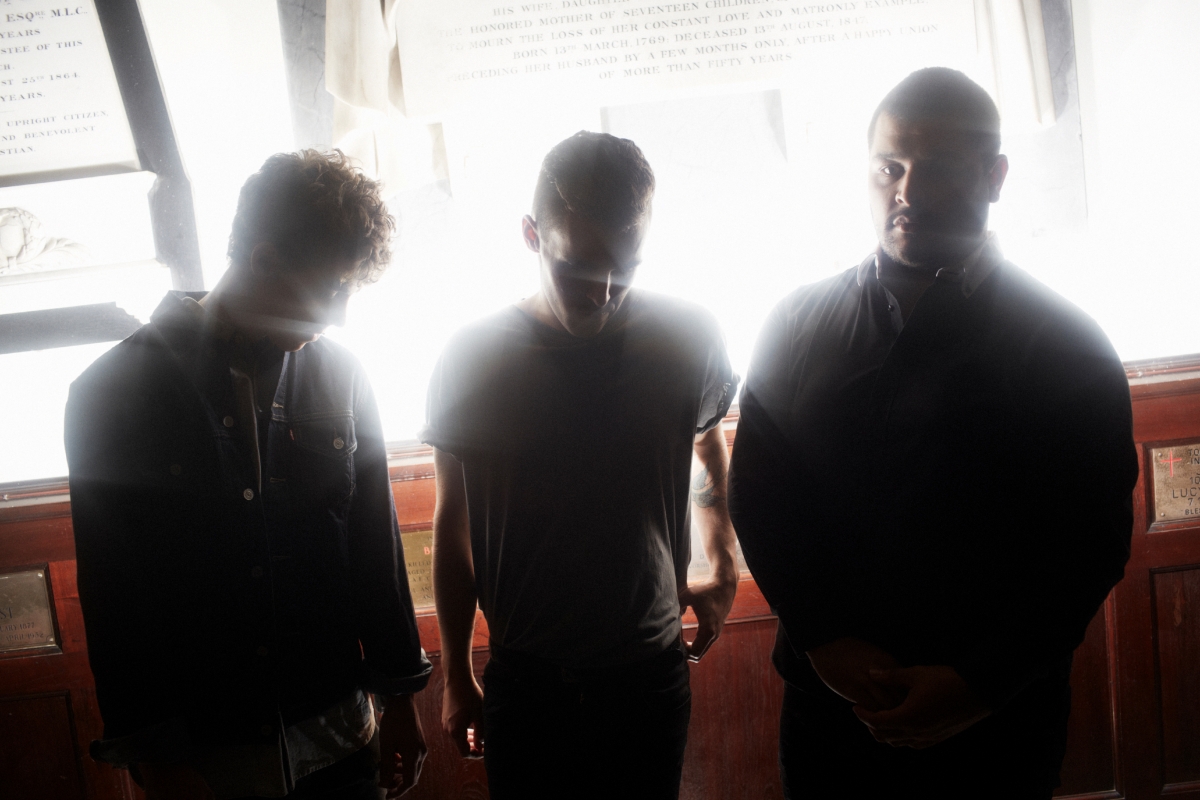 TUL: And what was it like touring with Solange earlier this year?
Jesse: It was great! We only found out about it a few weeks before the shows, and were really overwhelmed, as we hadn't really done all that many shows together prior. Playing to sold-out rooms of that size was a totally new experience for us.

We played in Sydney at the Metro, and growing up we saw heaps of shows there, so that was cool. The room was full toward the end of our set and everyone was really attentive. We got cheers and stuff, which was a weird thing to come to terms with.

TUL: Your sound is often dubbed a fusion of electronica, R&B and pop. How do you describe it?
Jesse: We've been getting asked this a fair bit lately, and we are progressively getting better at answering it! It's hard to describe when everyone has only heard a few songs, but for now I would say it's sonically fairly sparse. 'Nocturnal' is a big connotation, I think mostly because we write our music at night. We write stuff that's pretty beat and bass driven because that is what we primarily play—I think that is where it is heading.

TUL: Well put. So you're heading over to Hvar's dreamy FOR Festival mid June. Have you been to Croatia before? What are you most looking forward to?
Jesse: No, we've never been and we're really looking forward to it as our first run of international dates. From everything we've seen and heard so far, we know it's meant to be amazing! As far as what we are most looking forward to, we have some friends in a few of the other bands that are playing so it will be really cool to hang out and watch each other in a pretty relaxed environment—gon b paradise!

TUL: Last question, if you could choose one band to share the stage with who would it be?
Jesse: The answer to this would change everyday, but maybe like an all-time classic collab with Gil Scott-Heron and/or Jill Scott. We're spoilt for choice really.

Wait.... alive or dead? This question's way too difficult!