That's right Simpsons fans, Duff Beer is making its way from Springfield to Sydney and coming to a bar near you! Your very own Moe's Tavern— "SAVE ME JEBUS!"

For those wanting the first taste of the refreshing brew, the lager will be available exclusively on draught at the Woolloomooloo Bay Hotel from May 23 till May 30.

This is the first official Duff Beer created with the blessing of The Simpsons creator Matt Groening and 20th Century Fox, and its arrival marks the 25th anniversary of the cartoon in Australia—doesn't that make us feel old!!!!!

Apart from the pure beer goodness, there will also be a host of Homer Simpsons' favourite foods, including Krusty Burgers, Duffalo Wings and Lard Lad donuts.

In the profound words of Barney Gumble "Belch" . . .

Duff Beer will be available in 355ml cans at BWS and Dan Murphy's nationwide and will retail for $17 per six-pack and $45 per case. 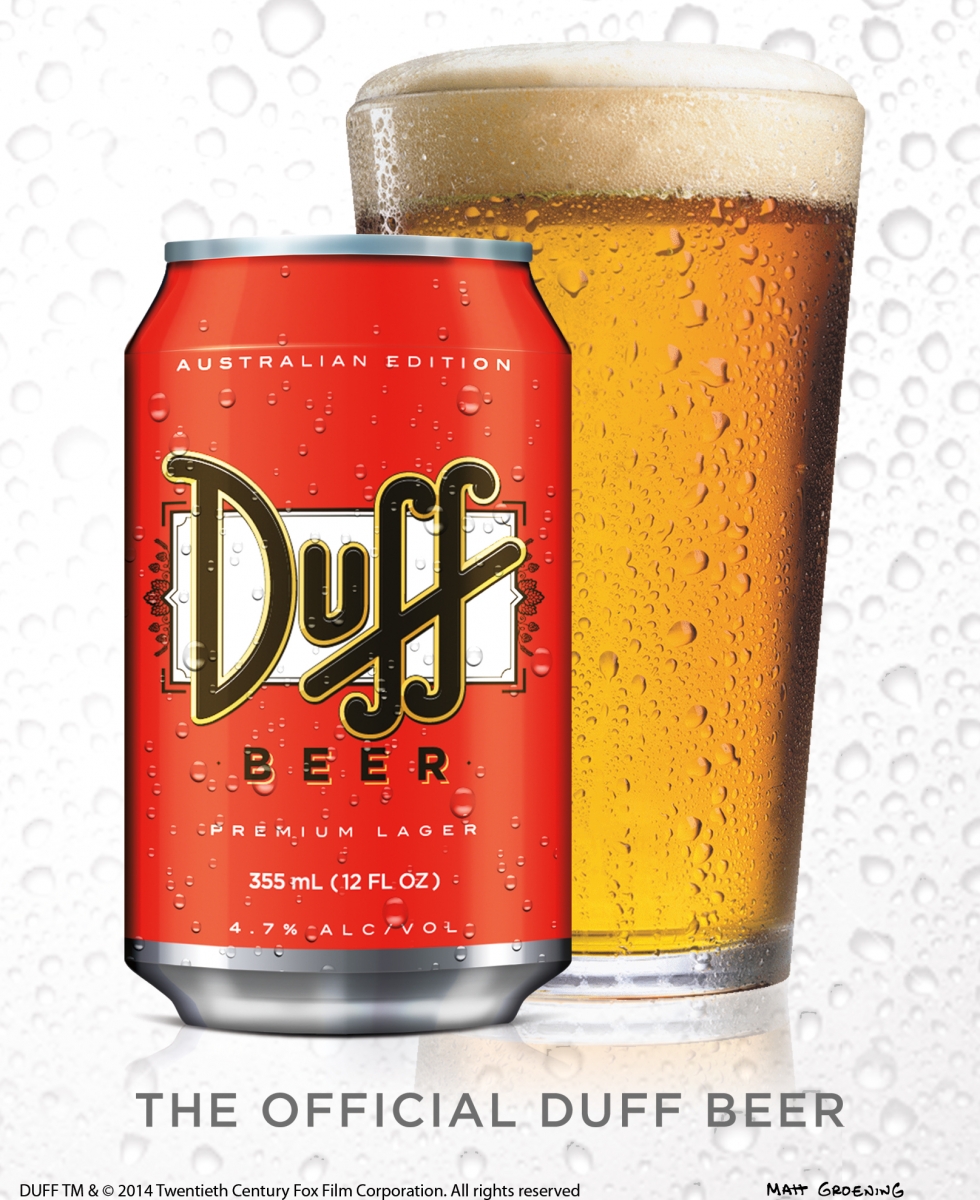