There’s no denying the Sunshine Coast is a magnet for great weather, so obviously there’s no better way to spend a sun-soaked afternoon than mingling outdoors with a tinny or cocktail in hand.

Bust out your sunnies, grab your mates and check out these stellar beer gardens on the Sunshine Coast. 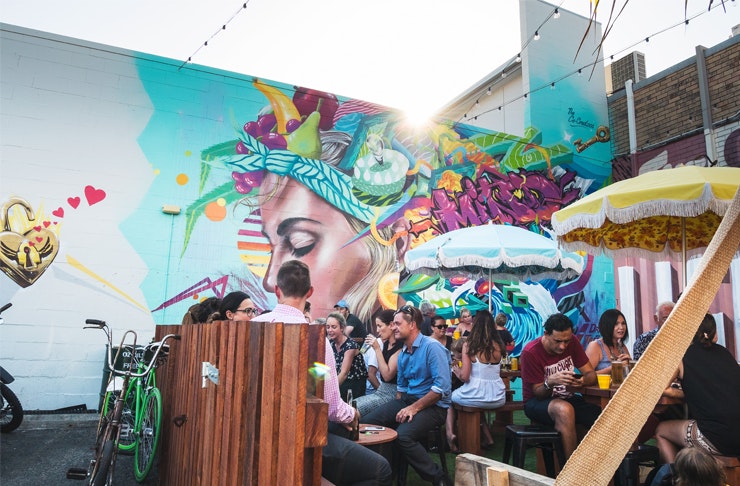 Village Bicycle in Noosa Heads beats to a rhythm of good food, brews and tunes, both indoors and outside in its bright, mural-covered beer garden that guarantees fun, fun and more fun. Pouring local brews plus a selection of exports, seven days a week till late, the Village Bicycle experience only hits completion once you’ve wrapped your mouth around their epic list of ‘dude-food’.

When you think back to some of the best moments of your adult life, chances are you were well-equipped with a drink in hand, somewhere outdoors, soaking up the good times. And that’s exactly what you can expect every time you check into a beer garden session at Glass House Brewery in Forest Glen. Living up to their goal to use craft beer as a tool to bring people together, you’ll totally pick up what they’re putting down through an aesthetically minimal beer garden where fermentation tanks steal the show.

To be frank, you can’t go wrong with a visit to Land & Sea Brewery in Noosaville; this place is the epitome of what a modern brewery should be. Think: concrete walls, high tables, green grass, banter-friendly staff, and the beer is basically sunshine in a can. Best of all, your four-legged pals are always invited to the party—we’ll cheers to that.

With vines hanging from the rafters, Brouhaha is your go-to indoor option when hunting for one of the best beer gardens on the Sunshine Coast when it’s raining. The Brouhaha crew pump out some of the most enticing beers on the Sunshine Coast, including an evolving range of sours, so we don’t blame you for getting amongst the local Maleny fun.

It’s fiesta time, beer garden-style at La Canteena where coldies are served with a dose of Mexican cuisine. Nestled within Maroochydore’s Ocean Street precinct and providing live tunes on the regular, this is one venue no-one can ever resist, so gather your amigos and tuck into tacos, burritos and enchiladas with a frothy permanently on standby. 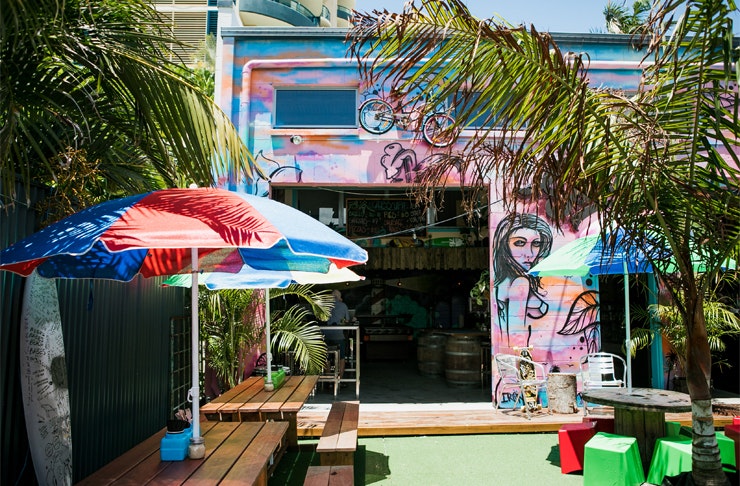 People of Mooloolaba, you’re a lucky bunch with 313 Social on the scene, featuring walls of street art, a miniature paddock of green grass and tropical palm trees. You’ll easily lose hours knocking back frothies whilst chatting with friends, and to cement 313 Social in as a winner, the pinball, pool tables, and half pipe out front guarantee your beer-fuelled afternoons are never short of cheer.

When heading to the iconic Imperial Hotel in Eumundi, you can bet you’re going to have an awesome time knocking back local Eumundi Brewery Pale Ales in one of the lushest hinterland beer gardens on the Sunshine Coast. The atmosphere is relaxed, the beer is fresh, and the food menu features all your pub grub faves. The only hook is; you may never want to leave this positive mood enhancer of a venue.

When the day takes a steaming hot turn, you can always rely on Guru Life to cool things down with chilled frothies in their tropical Sunshine Coast beer garden. High vibes are maintained with friendly staff, wholesome meals and live music to set your body swinging through the vines. Head here to say sayonara to the weekend with their awesome Sunday sessions.

Smack-bang in the middle of the action along Ocean Street, The Post Office with its restaurant, two bars and beer garden is the place to head when you’re amongst a group of friends who can’t agree on one place. The beer garden is massive and a sure-fire win when it comes to impressing the masses with regular DJs and a hefty selection of beers. 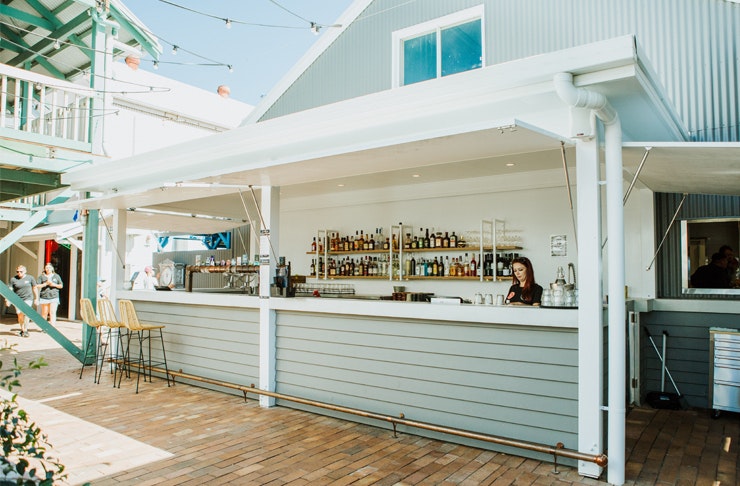 If slamming down beers on a deck overlooking the Mooloolah River is your kind of habitat, The Dock in Mooloolaba will be your best bet. Showcasing the ultimate in beer pride, the unbelievable 52 beer taps across three bars proves this is a beer lover’s paradise. For the record, that’s more beer than any other beer garden on the Sunshine Coast.

If it’s the simple things in life that create the most joy, you can count of Peregian Beach Hotel to bring out a smile, because ain’t nothing simpler than a frosty cold brew on a warm afternoon. Gather your mates around a table beneath the Pandanus palms and work your way through a locally-curated beer menu. And, provided your pooch is on their best behaviour, they’re welcome, too.

Does having grass qualify as a garden? In our opinion, when it’s Your Mates Brewing Co. in Warana it certainly does, so hop to it and unleash your tastebuds in this beer-lover’s heaven. The atmosphere is constantly thumping to a crowd that loves having a bloody good time whilst drinking Aussie craft beers with mates. Admit it, that’s a situation that’s hard to beat.

With a history dating back to 1922 where it began as a mechanical workshop, Rick’s Garage was later transformed to the popular beer and burger haunt that it is today. The beer garden busts out an impressive collection of retro memorabilia, live music and epic eats to accompany your beers, guaranteeing it a worthy spot among the best beer gardens on the Sunshine Coast. When you’ve had enough beer, head upstairs to the whisky bar for a swig of something special.

Looking for somewhere to book for a staycation? Here are the best Airbnbs on the Sunshine Coast.