Found | The Tastiest Cronuts And Cruffins On The Coast

Flaky, buttery, golden pastry, smothered in decadent chocolate icing, tippling over with chunky Mars Bars pieces and oozing with a warm Nutella filling. Is there anything better being served at Sunshine Coast cafes than gourmet cronuts and cruffins?

As two of the most calorie laden, high-fat sweet treats on the market, chowing down on these bad boys is not recommended as a diet staple. But, on the other hand, if you’ve been hitting the gym hard this week (or even thinking about it, ‘cause that totally counts), it’s time to reward yourself!

Check out our roundup of the best cronuts and cruffins found at Sunshine Coast cafes, bakeries and markets, and then make like a bee and zoom to the holy nectar! 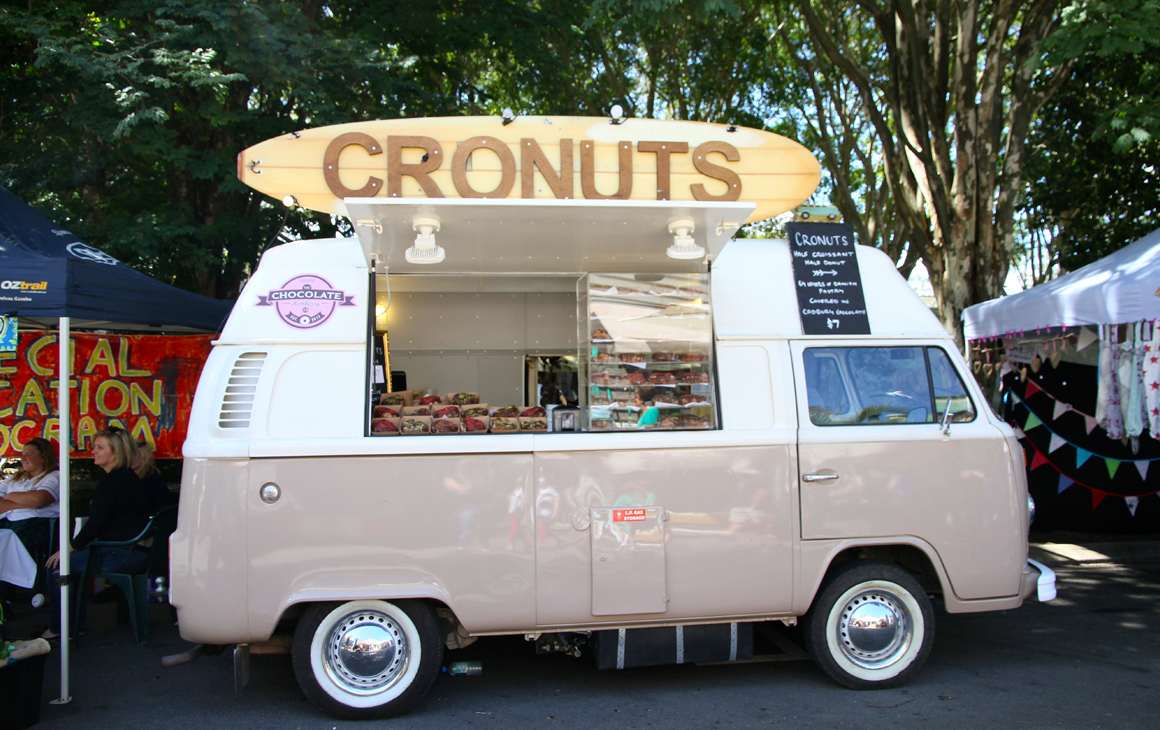 Think bright, white, a tonne of mini terrariums, exposed lighting, and plenty of room to relax after you’ve downed one (or many) of Wonderland’s delicious cruffin and cronut choices. Named “Wondermuffs” and “Wondernuts”, this Noosa cafe’s scrumptious sweets selection, is perfect for anyone who craves a chocolate hit. Try the Mars Bar Wondernut—a perfect little package of freshly baked pastry, milk chocolate ganache with crushed Maltesers, and Mars Bars to finish. No Wonderland cronut is complete without a chocolate-filled syringe, but get in quick, as Wonderland only stock these little babies on Fridays and Saturdays.

It’s true! Some of the best cronuts and cruffins can be found at one of our favourite Sunshine Coast cafes, in the quiet town of Currimundi. Local creatives Aaron and Bec have wonderfully executed the Melbourne-esque fusion of good coffee and art in their small roastery, tucked behind Neighborhood Park. Sunshine Sunshine Espresso’s selection of baked goods are strictly limited editions, so much so, that it’s recommended you order ahead or risk the chance of suffering from a serious case of sell-out regret. And with choices like gooey Lemon Curd, Salted Caramel, White Choc Caramel Picnic, and Sour Cherry Cheesecake, why would they last? Team your crusty treat with a bottled cold brew (made in-house), and you’ve got yourself the perfect start to a day at the lake. 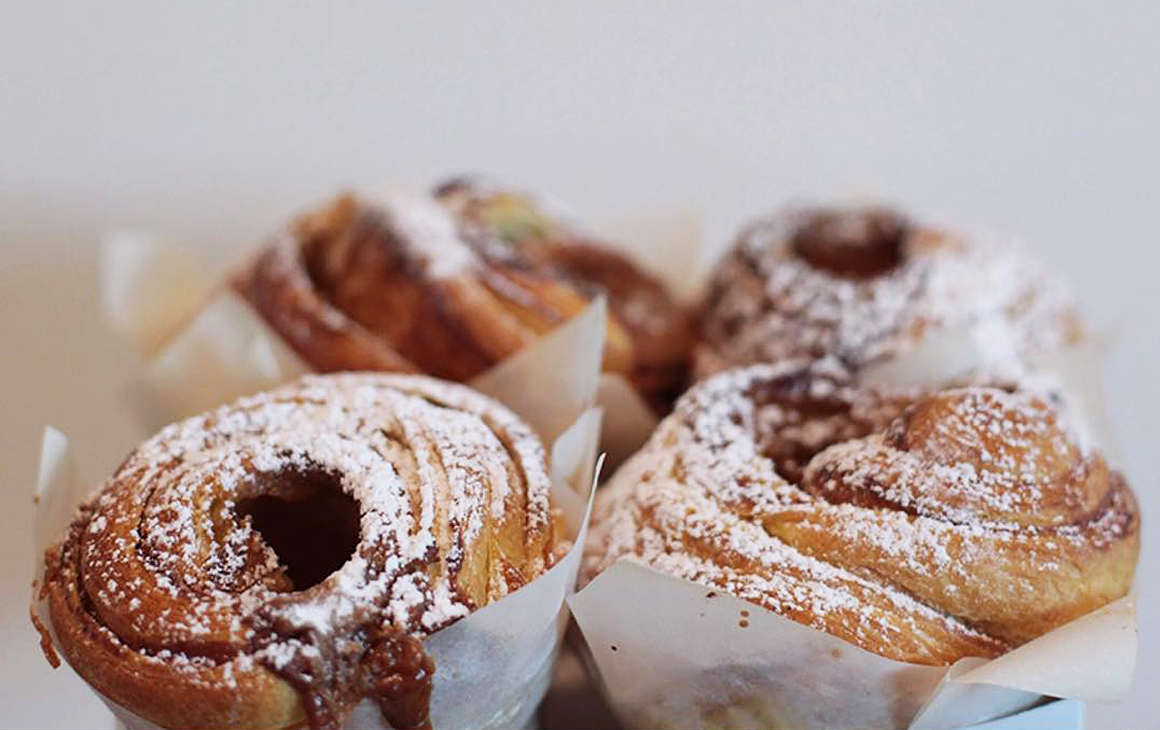 If a cruffin is coming straight off the baking tray and onto your plate, you know it’s going to be fresh. Van Wegens Continental Bakery, conveniently located on Brisbane Road, is taking the cruffin craze to a whole other sugary level. The traditional bakery, which expanded to a full-blown patisserie in October last year, offers its very own version of cronuts, aptly named “Dainuts” (Danish crossed with donuts, get it?). They haven’t skimped on choice for flavour either—our favourite picks are Choc Orange Cookie Crunch and the Vanilla Velvet Double Chocolate. You’ll wonder if it’s legal for dessert (or breakfast) to taste this good!

Cronuts served in a Kombi. Enough said. Are you kicking yourself for not thinking of it first? We’re pretty sure the cronuts served at Chocolate Komberry have to be some of the most kick-ass in Australia, each one served in its own mini takeaway box, for you to hobble off with and chow down in a tornado of #cheatday guilt (sorry thighs). Chocolate Komberry can be found at Eumundi Markets each Wednesday and Saturday, and is literally the cutest thing you’ll ever see—boys, store this one in the date day memory bank! The cronuts (and sourdough donuts) come in a range of ice cream stuffed and injectable filled flavours. We can happily vouch for the Tim Tam Slam and the Netflix n Chill! (Told you it was cute.)

Ah, the Sunshine Coast’s very own donut/cronut success story. These bad boys have become so popular they are now selling out all the way down to Surfers Paradise (big props to owners and local innovators Scott and Tony, who also happen to one of the Sunshine Coast’s best burger joints, Hello Harry). Since its inception in April 2015, Donut Boyz has now become a fully franchised pastry chain, taking the good old-fashioned jam donut and turning it into a crusty, golden cronut creation. On the Coast, you can find these criminally good desserts in the Big Top and at a pop-up location along Mooloolaba Esplanade (where they’ve managed to sell 1500 donuts in less than two hours!). And as for what’s on offer? We recommend the Dulce de Leche—caramel custard, chocolate ganache, and toasted almonds. Almost too pretty to eat!

Where: Shop 5, 12-20 Ocean Street, Maroochydore or 1 The Esplanade, Mooloolaba

Where do you visit to get your fix of the best cronuts and cruffins on the Sunshine Coast?