Get Behind OzHarvest And Do Some Good

OzHarvest is an amazing direct-action charity. Perfectly edible food—that would otherwise go to waste—is collected from restaurants and food producers around Sydney, Newcastle, Adelaide, Wollongong, and Brisbane, and cooked up for those in need. It is all about food rescue.

Since 2004, OzHarvest has delivered 17 million meals and rescued 5,000 tonnes of food, which would have made its way to landfill. With a fleet of 19 vehicles, OzHarvest collects from all types of food establishments, including: the Westin Hotel, the Intercontinental, Pie Face, Brasserie Bread, and Gastronomy Catering—to name a few. OzHarvest also works in rural areas with their regional program, REAP.

A simple and mutually beneficial way to get involved and support OzHarvest's efforts, is to purchase the stunning and delicious The OzHarvest Cookbook. With over 120 recipes, created by 44 of Australia's top chefs, including: Bill Granger, Peter Gilmore, Neil Perry, and Maggie Beer—you not only receive a stunning tome of 'food-rescue' recipes, but you will directly provide 120 meals to people in need.

Seriously, the gift that keeps on giving! You can purchase The OzHarvest Cookbook online or from select bookstores. It retails for $59.95.

The other way to get involved is to become part of the Feeding the 5000 event on Monday the 29th of July—12-2pm, Martin Place, Sydney. All you have to do is turn up and enjoy a free, hot lunch, cooked by Sydney's leading chefs and OzHarvest volunteers, and show your support for the cause!

Incredibly, the entire event—feeding 5000 people—will be entirely made up of rescued ingredients and food, including: fresh but cosmetically imperfect fruit and vegetables, surplus cream, flour, and lemon juice.  All this produce would have otherwise, shockingly, gone to waste. Register here to be a part of this amazingly worthwhile community event.

There are two key aims behind OzHarvest's efforts:

1. To raise awareness about the extreme, and unnecessary, wastage of food in Australia.

2. It is not just the homeless suffering.

*Agencies have reported an increase of 70% in individuals requiring food assistance. And 90% of agencies report not having enough food to meet the total demand.

So we strongly suggest you grab a copy of The OzHarvest Cookbook. And for a little encouragement . . .  we have included a delicious Maggie Beer recipe for an Apricot, Almond and Rosemary Clafoutis below. 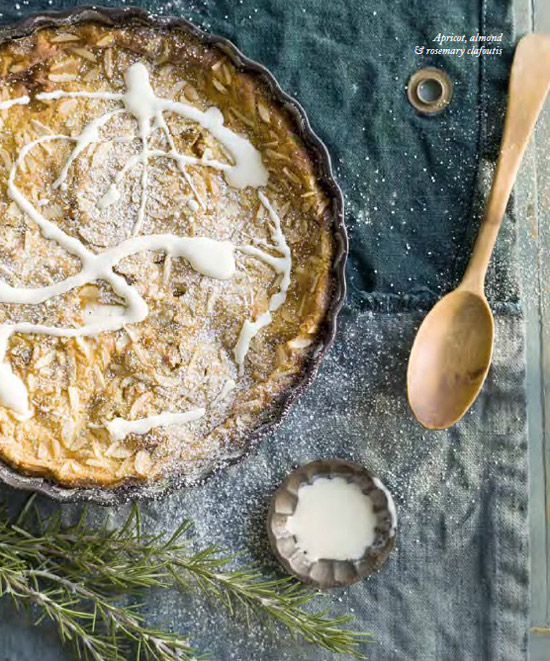 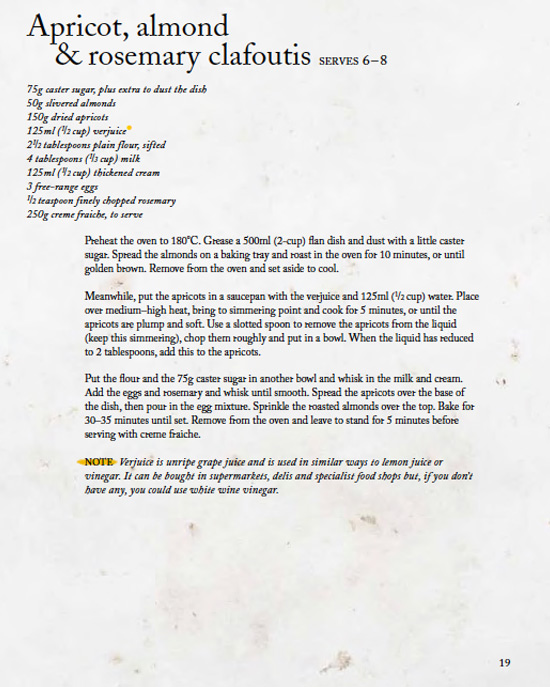