Where To Road Trip For Hidden Beaches

Let’s not beat around the bush—the Sydney to Melbourne drive is deadly boring. Flat roads, flat land….yes, the inland route via the Hume Highway is a little faster, but it’s as dull as a high school awards ceremony.

We’ve got a quick fix for you. Hug the east coast AKA the Sydney to Melbourne Coastal Drive, and you’ll be handsomely rewarded. Over four or so days, meander through the deep south of New South Wales, from Sydney to Jervis Bay, through to Narooma and Merimbula. From there, it’s a one hour drive to the Victorian border, and seven hours along the Princes Highway to Melbourne.

So get in the car and discover (or re-discover) our pristine beaches and expansive national parks. There are whales to watch, wildlife to spot...Oh yes, and there’s cheese.

We've teamed up with locals—aka the people who have the answers to all of the best things to do off the hidden path—Destination NSW, to bring you this epic guide. In case you need even more inspo, you can find it right here. 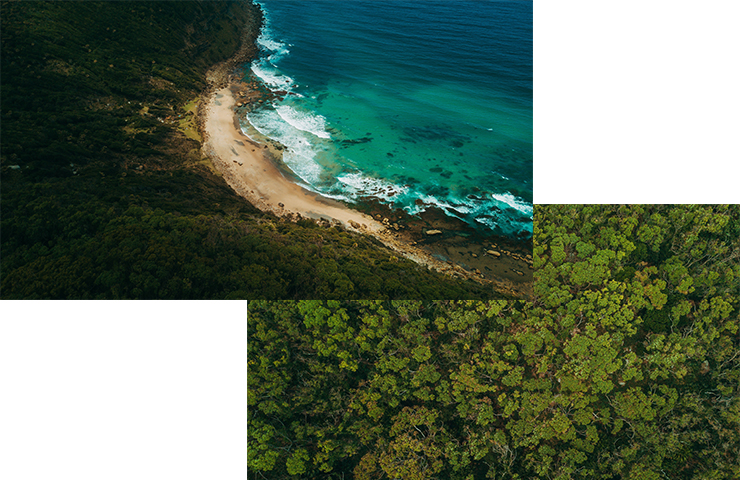 Booderee means bay of plenty or plenty of fish in Dhurga, one of the local indigenous languages. Booderee National Park is an easy three hours from Sydney but offers the best of what nature can provide—crystal clear waters, white sandy beaches, and beautiful bush—all wrapped up in one neat package.

It’s home to the Cape St George lighthouse, an excellent vantage point for whale-watching from June to early July. Majestic humpback and southern right whales make their pilgrimage to warmer waters in Queensland in time for breeding season by spring.

Here, you’re spoilt for your choice of beach. There are five beaches along the national reserve, but the most popular and family-friendly is Green Patch Beach. Although it’s an unpatrolled beach, the stunning blue waters are calm, and there’s a netted off area for extra security.

Kids and adults alike will love the wildlife spotting. From the beach rock platforms, you might see octopus, squid and fish, and on the Telegraph Creek Nature Trail, wallabies, lorikeets, possums and even echidnas are known to hang out! The nearby trail is an easy one-hour walk and begins at the north end of the Green Patch car park.

Since the 1860s, the town of Bodalla has been churning out cheddar cheese like nobody’s business. It’s where the first commercial cheese was produced in Australia, and at one point, was home to five cheese factories.

The Bodalla Dairy Cheese Factory is the only one remaining, and it stays true to its roots. It’s family run, and the milk from their Jersey and Friesian is slowly pasteurised (not homogenised), retaining the creamy flavour and mouthfeel in their dairy milk. There are glass windows for you to peek through to check out the cheese making process, and at 10am and 4pm you can even see the calves being bottle-fed with milk, then hightail it to the onsite Dairy Shed cafe for their legendary creamy milkshakes. If you’re super keen, you can stay the night (and sleep off your dairy food coma) in their guest rooms that overlook the rolling green pastures. Bliss. 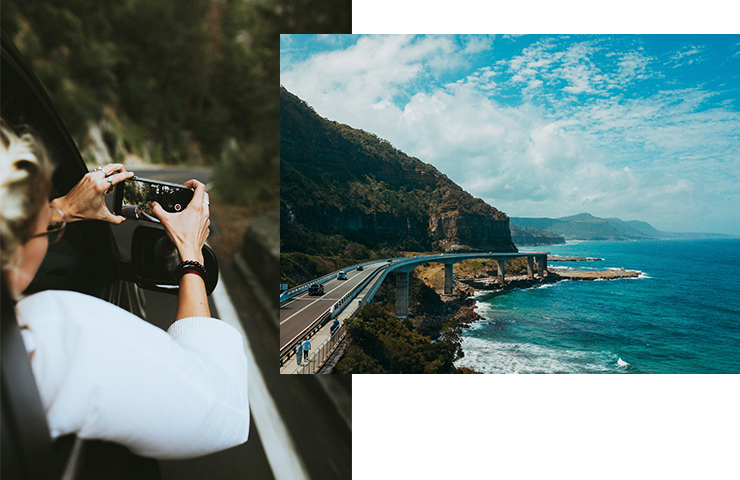 Montague Island Nature Reserve is so secluded (it’s a haven for wildlife) that humans can only access this island by chartered boat. Depending on the season, you can spot whales, seals and penguins chilling at this island home—pack your binoculars! The guided walking tour (bookings essential) culminates in a hilly hike to the Montague Island Lighthouse and if you’re game, a further upwards spiral to the top of the lighthouse where you’ll be rewarded with sweeping views of the east coast—pack your Fitbit! For a special experience, book a night’s accommodation in one of the restored lightkeeper’s cottages—pack your nostalgia! It’ll be just like Round the Twist. Remember Round the Twist?!

Spot A Shipwreck At Mimosa Rocks

Soz, it’s not a “mimosa cocktail on the rocks”, but there’s still plenty of reason to visit the historic Mimosa Rocks National Park. It’s is named after the Paddle Steamer Mimosa that was wrecked on the northern end of the park. Even today, you can still spot the wreck along the Mimosa Rocks Walking Track (it’s an easy 30-minute walk, one way). Follow the track from Aragunnu car park, and when you reach the lookout at the end of the boardwalk spot the pyramid-shaped rock in the water—that’s the final resting spot of the ill-fated boat. If you’re a keen birdwatcher, the Middle Lagoon walk is for you.

Devour A Dozen At Tathra Oysters

Bivalve-lovers, you’ll be pleased to know that Sydney Rock oysters are grown in Nelson Lake at Mimosa Rocks National Park. The pristine lagoon waters equal prime oyster-growing conditions, and the shellfish have been farmed exclusively by the family-run Tathra Oysters since 1988.

Their product has won accolades and awards across the country and is stocked in some of Sydney’s finest restaurants. The oysters have a restricted season from December to June, so if the timing is right, get your fix at their little shop in Tathra (open 9am to 5:30pm, 7 days a week, during harvest season only).

Do The Light To Light Walk

This is one is for the keen walkers who love a scenic route. The Light to Light Walk is a three-day trek from the Ben Boyd Tower near Eden, and finishes at the Green Cape Lighthouse. As always, it’s about the journey, not the destination, and you’re guaranteed breathtaking views along the beaches, secluded bays and rock cliffs. And your activities won’t just be limited to hiking and sightseeing (although they in themselves are pretty spectacular). Along the way, sleep under the stars at Saltwater Creek campground, go for a swim in beautiful Bittangabee Bay, and rest your body with an overnight stay at the historic lightkeeper’s cottages at Green Cape. It’s an unforgettable way to experience the great outdoors along our glorious south coast.

So, what are you waiting for? Get in the car and drive. For more things to do, check out the Destination NSW website.

Editor's note: this article was produced in partnership with Destination NSW. Thank you for supporting the partners who make The Urban List possible. To read our editorial policy, click here.