With new cafes and restaurants opening faster than you can say ‘espresso martini’, sometimes it’s hard to decipher which spots are deserving of a coveted place on your honourable to-dine bucket list.

Well, folks, this is one of those times.

Gold Coast’s admired Pearce family, who first familiarised us with tapas share plates via Espana and later morphing into Franc’s Bistro, Deli & Wine Bar, have been on hiatus since January. In that time, they’ve enjoyed a well-deserved break while they strategically planned their next move. A move which has taken them to Mermaid Beach, to join an already buzzing dining nook just off the Gold Coast Highway—tucked behind Glenelg Public House and alongside their long-time gal pals at Bonita Bonita.

Lupo, which translates to ‘wolf’ in Italian, has been one big team effort. And when your team is your family, the dynamics are already deeply engrained.

Co-owner Harry is as modest as they come, but he’s one helluva talented young chef, especially when paired with his equally talented dad-slash-chef Brad and beautiful mother Thea, who’ll be bringing back her mind-blowing desserts. Also joining the ranks at Lupo is brother Nick, to share his skills in the kitchen as well as being tasked with coordinating Lupo’s kitchen garden program growing heirloom tomatoes, greens and other veggies.

When this family gets together, they make absolute magic in the kitchen and we’ve been dying to see them back in action and sharing their glorious skills with us lucky Gold Coast foodies. 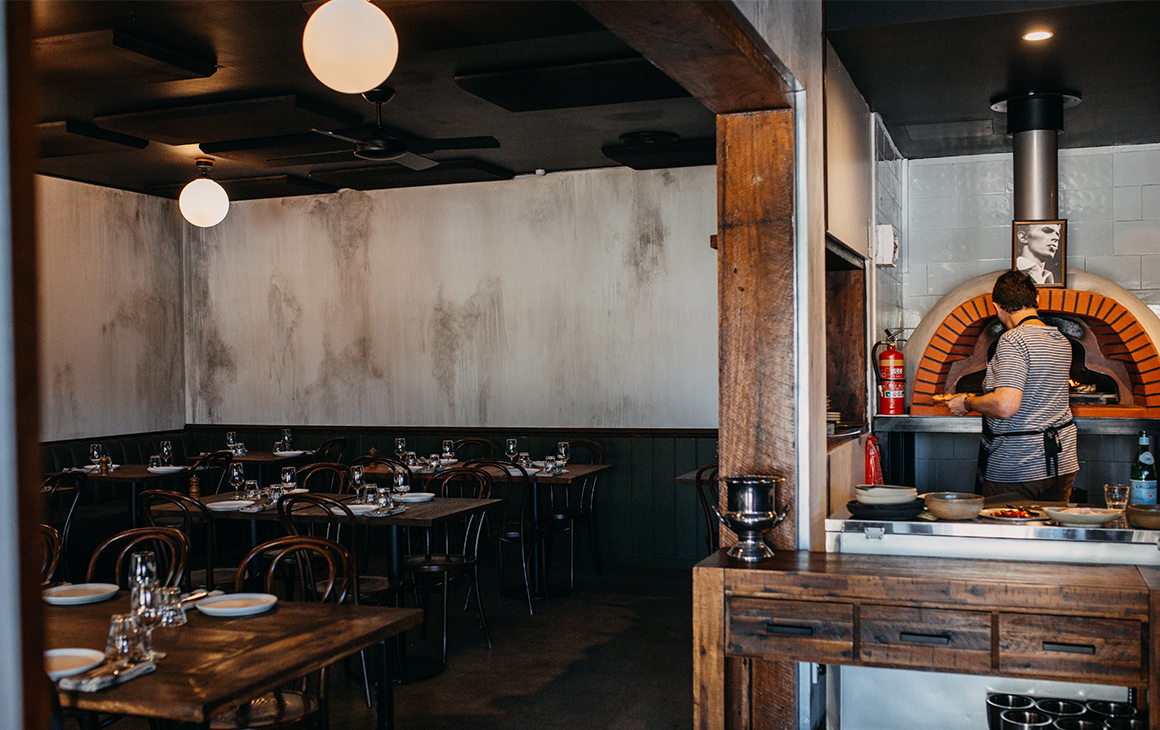 From the outside looking in, dimly lit Lupo has the essence of a European-style neighbourhood bistro. It already feels worn and lived in, like it’s been there forever. Dark timber furnishings and Bentwood chairs join inviting forest green booths and banquettes; spherical ceiling lights, grey-washed walls and exposed cement floors all tie together seamlessly in the 40-seater dining room.

That’s if you can drag yourself past the stunning horseshoe cocktail bar at the entrance, topped with copper and fringed overhead with bottles of both old and new world wines, as well as a selection of natural, low interference vinos. If there’s one thing we love, it’s a bar that suckers us in for a tipple, which unexpectedly turns into an all-evening session. Solving the world’s problems as we chew the fat with friends and strangers, all while swilling classic cocktails crafted by a charismatic mixologist; in this case his name is Adam.

Though, the absolute star of the show here is the food and their ethos is clear: ‘simple ingredients, done well, where good food starts with great produce and farming’.

What really sets Lupo apart is that it’s one of very few restaurants in the country to be almost exclusively cooking in a wood-fired oven. And no, there is no f*cking pizza.

A focal point in the open-plan kitchen, Lupo’s brick oven will be worked hard each day, reviving a traditional cooking style that delivers results which are rustic, yet refined, ever so smoky while bringing out rich flavours in quality, stripped back ingredients.

Basically, prepare for an experience unlike any other on the Coast. Big call, but we're sticking with it. 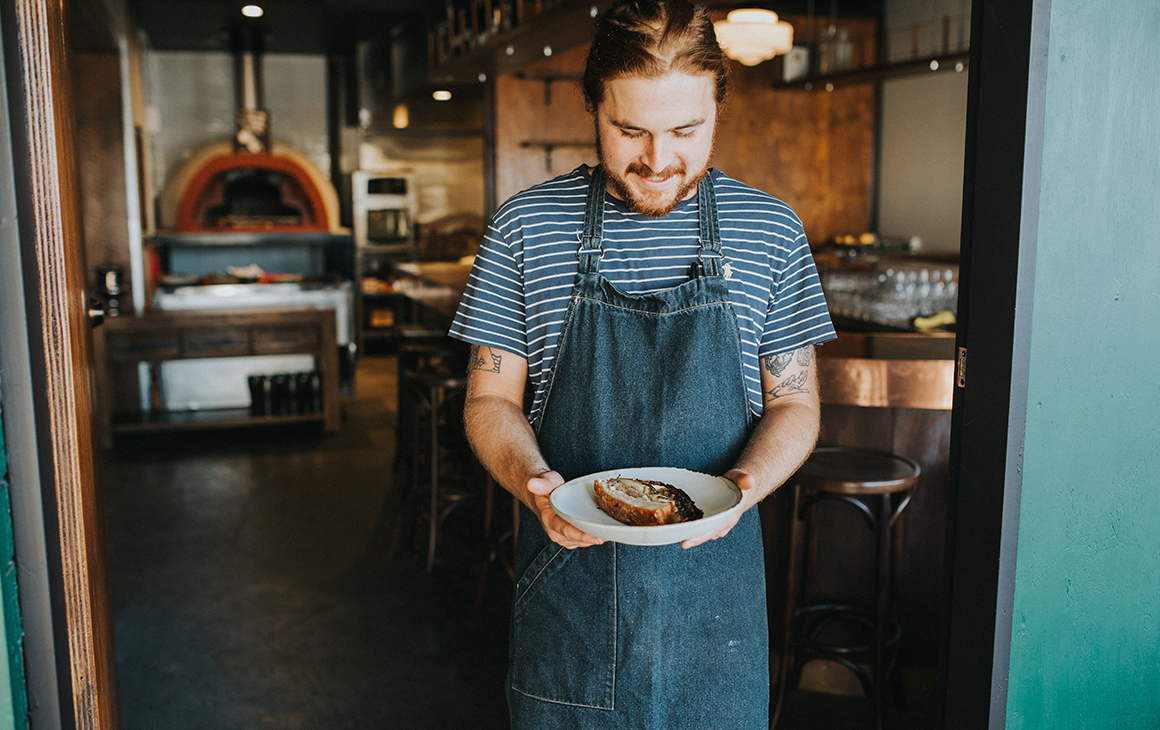 At Lupo, they’ll source fresh farm produce from growers in the Northern Rivers and Tweed regions, with visits to Southport’s trawlers to gather caught-this-morning baby snapper, prawns and cuttlefish. Lupo’s menu will evolve depending on whatever they can get their hands on, so each visit will present a new selection of utterly brilliant, yet classic dishes to try.

While the setting is distinctly European, the menu has no cuisine boundaries, meaning it’s only limited by their imagination. We suggest starting with delicate snacks like the petite raw steak sanga, topped with horseradish cream and fermented chilli or the veal tongue yakitori, before moving onto small and large plates designed to be shared among the table.

Next to make you salivate is the charcoal local prawns, which comes partially hidden under a bed of wilted tomatoes, olives and curry leaves; followed by fragrant mussels and fennel in a saffron broth, a knockout chicken liver pate and a three-cheese soufflé.

While we could happily fill up on their simple but sensational veggie share plates like the slow-roasted pumpkin with yoghurt and furikake, or the wild mushrooms and garlic in a sherry vinegar, one absolutely must leave room for the large plate menu stars. Think: servings of mouthwatering whole roast snapper, whole free-range chicken, or the suckling pig served with gorgeously wood-fired roast cabbage (yes, we used gorgeous and cabbage in the same sentence). 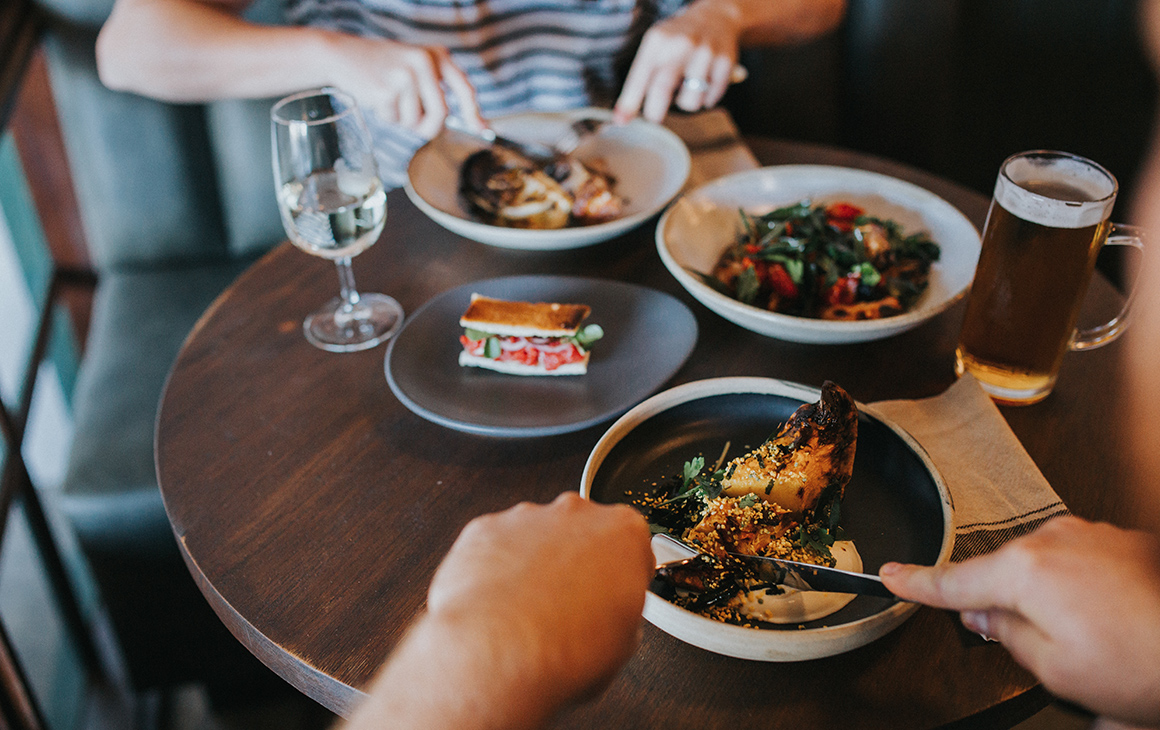 The oven never completely cools either, which means it’ll be utilised overnight to bake bread and roast whole legs of lamb. Oh the smells which are soon to waft from this place!

We’ve been hanging for months to get another taste of mum Thea’s superb desserts and on our recent sneak peek visit she didn’t disappoint. There was not a crumb left when we tucked into a homemade brown sugar meringue adorned with rose water, cultured crème fraiche and raspberry gelato, strawberry and the slight tartness of rhubarb, only stopping to breathe and exchange knowing nods. Keeping it hyper-local, they’re sourcing gelato from Heven-yah across the way in Mermaid, too.

We already get the feeling Lupo will deliver relaxed local dining, at its best—promising some of the most exciting and passionately crafted meals you’ll eat this year. Seriously folks, what a time to be a foodie on the Gold Coast!

Officially launching Wednesday 19 July, for now, Lupo has plans to open Wednesday to Sunday evenings from 5pm, with Sunday lunches also in the works.