Hotel restaurants and bars in Perth took a real turn in 2018. It was out with over-priced and over-cooked steaks and in with breathtaking rooftop bars and internationally inspired cuisines culminating in some of Perth's best new openings; we're looking at you Santini, Rooftop at QT and Garum, to name just a few.

And from the looks of things, the theme is set to continue in 2019 thanks to UMA and BAR UMA at Pan Pacific in Perth.

UMA's kitchen is headed up by Alejandro Saravia; a culinary superstar who worked under Heston Blumenthal at his London restaurant The Fat Duck in his early days. Since then he's opened the celebrated Pastuso in Melbourne, a restaurant which has won awards as the best new restaurant and best speciality restaurant from the Australian Restaurant and Catering Association and has also been featured in Good Food Guide and Gourmet Traveller food guide over and over again. 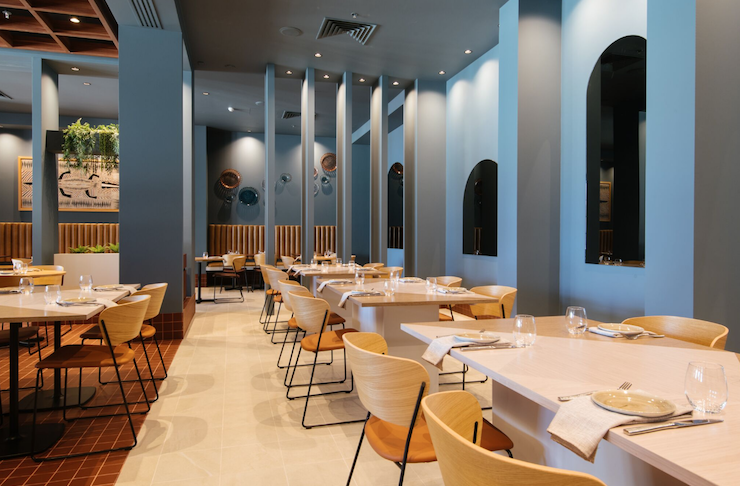 At UMA, Saravia will be focusing on Peruvian cuisine using local WA produce. The menu will be broken down by regions, starting with mar (ocean) where you'll be able to load up on Saravia's signature ceviche, before moving through the valles (valleys) for all your veggie needs, and ending in the granjas (paddocks) where you can feast on mouthwatering beef, lamb and chicken.

If you're a ceviche fan, you'll want to lock in a ceviche 'tour' which features classic Peruvian ceviche, as well as Japanese inspired ceviche and Saravia's own take on this delicious dish.

If you're just looking for a drink in the city, BAR UMA is where it's at for cocktails and mouthwatering bar snacks. The Pisco Sour is a must.

Design nerds will want to give UMA and BAR UMA a visit just to check out the interiors. Designed by Perth studio State of Kin, you can expect classic lines, muted tangerines and pinks and a contemporary but relaxed vibe.

Sitting pretty at 207 Adelaide Terrace, UMA is open Tuesday to Saturday from 6pm to 10.30pm while BAR UMA is open every day from 3pm until 3am, so go and pay them a visit quick smart.

Once you've been there, check out the rest of Perth's best hotel restaurants.