Craft beer is no longer just having “a moment”, it’s become a full-blown movement, which means we’re fortunate enough to see more and more local breweries popping up all over our beautiful backyard. But one brew that we—and thousands of others—have had a long-standing love for, is Byron Bay’s Stone & Wood. And with their growing popularity, came the need for new digs, so we just had to check it out. 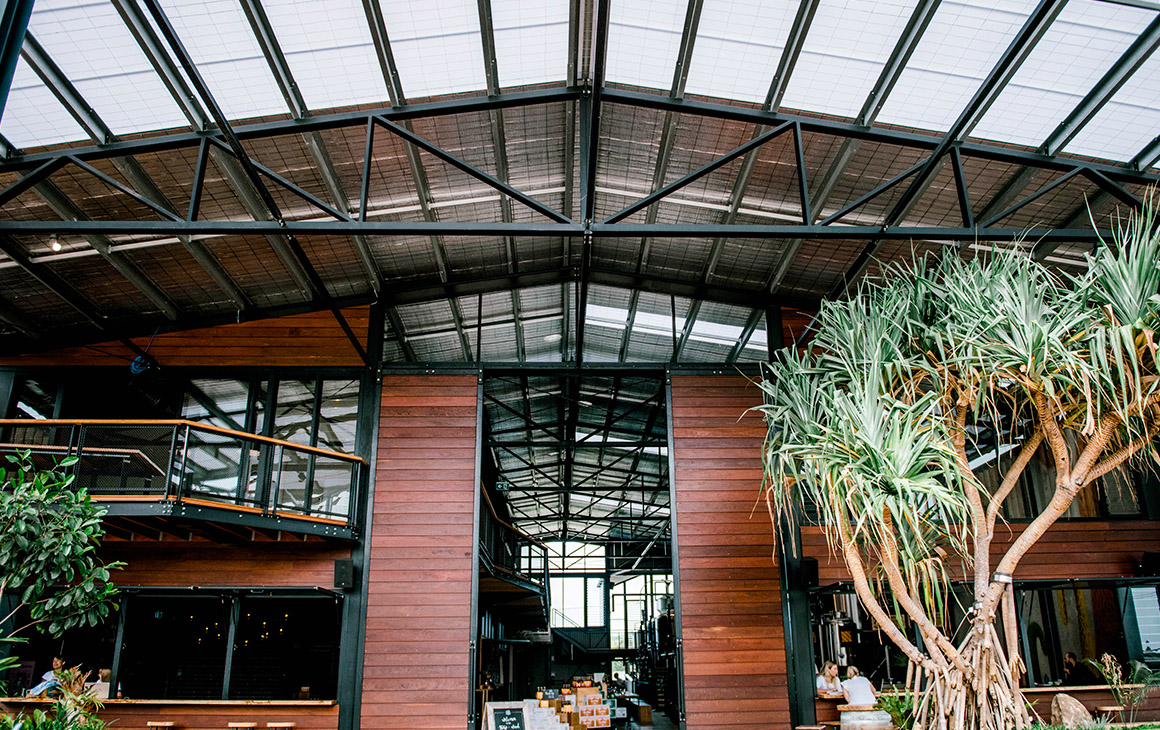 After 12 months of construction, the independent brewery has opened its doors to welcome thirsty patrons to a sprawling 1,160-metre-squared space in Byron’s Arts & Industrial estate. And they’re in excellent company, rubbing shoulders with neighbours Habitat and Elements.

The stunning venue, which boasts exposed beams, blonde timber and clusters of greenery, has a whopping 31 brewing tanks pumping out all their much-loved classics like the Green Coast Lager, Garden Ale and Pacific Ale. But that’s not all, at their new digs you can also taste Stone & Wood’s experimental Pilot Batch beers and limited one-off beers. We sampled Killer Kween, their contemporary take on a traditional Berliner Weisse with 1.2 tonnes of raspberries and refreshing acidity. It was so good we had to grab one their takeaway ‘Sharer’ bottles which you can do with any of their limited-edition brews for just $20. 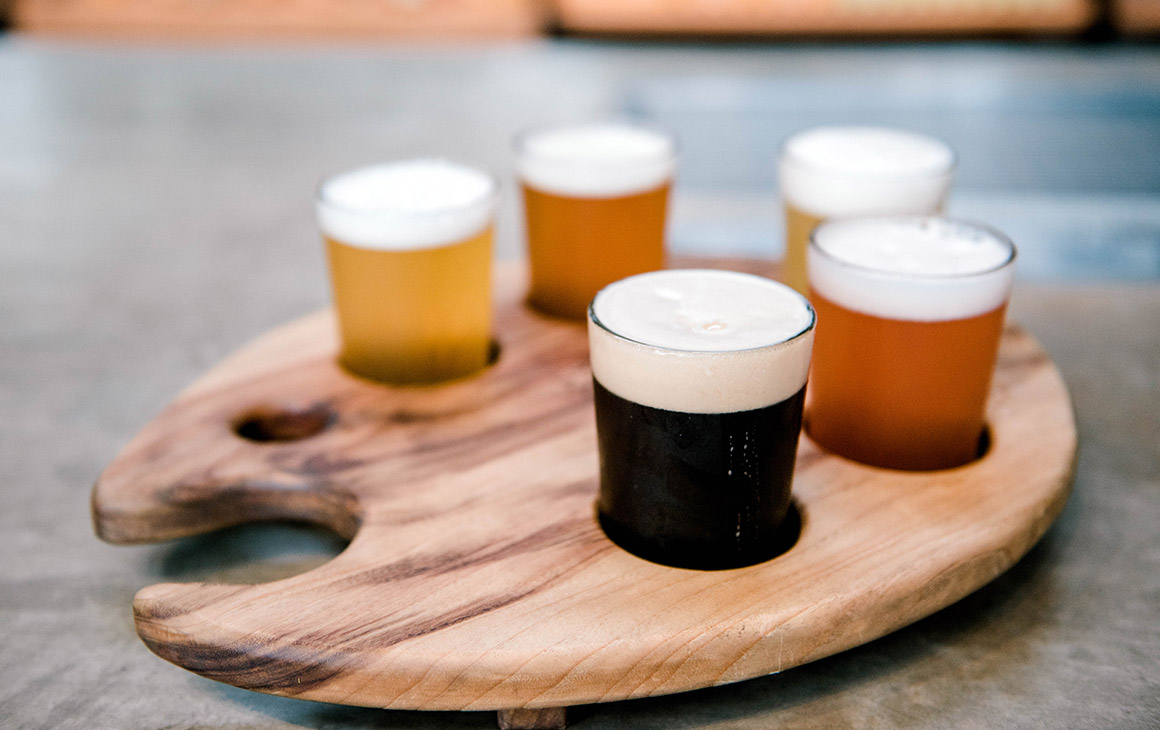 And because every good beer should be accompanied by an equally good meal, they’ve even opened up a canteen, run by 100 Mile Table, on site (open from 12pm to 3pm), serving up meals that are designed to complement their brews. Think delicious eats like Korean chicken butty, beef brisket massaman curry, chicken wings with sticky sauce and local cuttlefish fried in Green Coast Lager.

There’s loads of seating inside and out the front so you can settle in and achieve peak chill out mode. 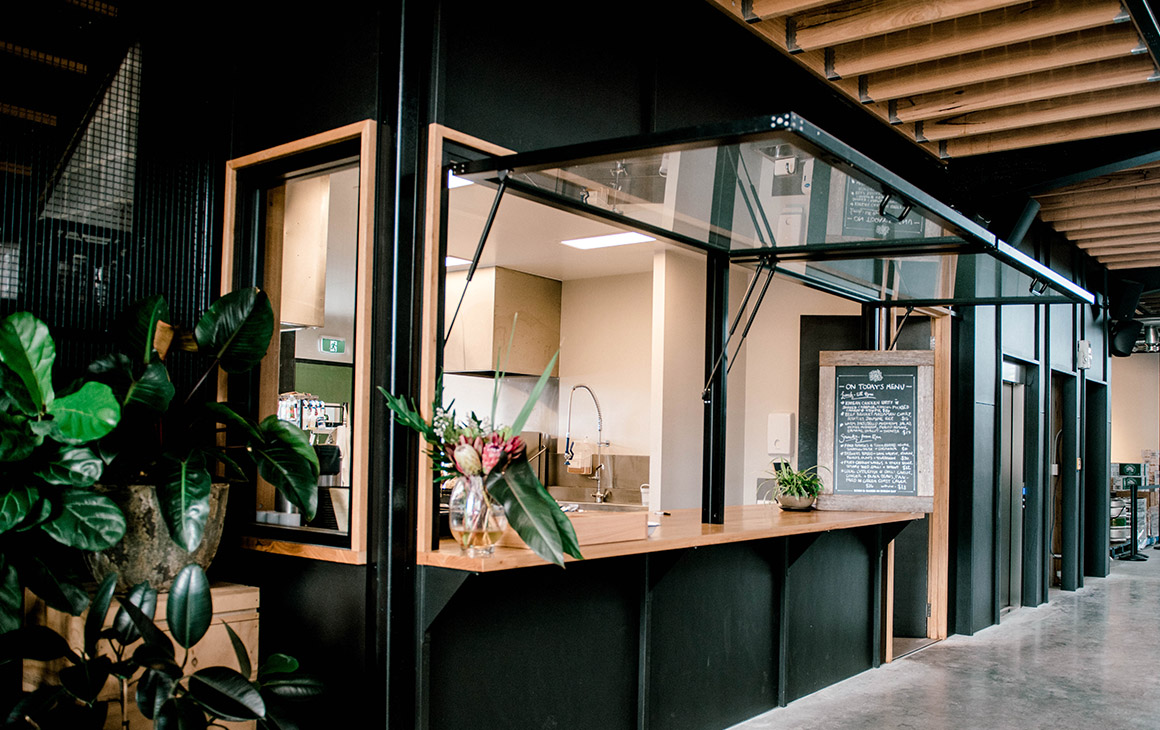 They’re also running not one but three daily brewery tours where for $25 you’ll learn about the history of Stone & Wood, see how their beer is made and (our favourite part) you’ll get a tasting paddle to sample the brews.

When it comes to breweries, these guys have literally thought of everything. Tasting room manager Cale Watts says the new space is for people to experience Stone & Wood’s spiritual home.

“The purpose-built brewery brings everything back under one roof–the brewery, tasting room and office space for our team”, says Watts. “We want people to feel like they can drop in, slow down and relax over a beer, and be a part of it all. Whether it’s for a tour, a tasting or a bite to eat, it is an inclusive, family friendly space dedicated to beer education.” 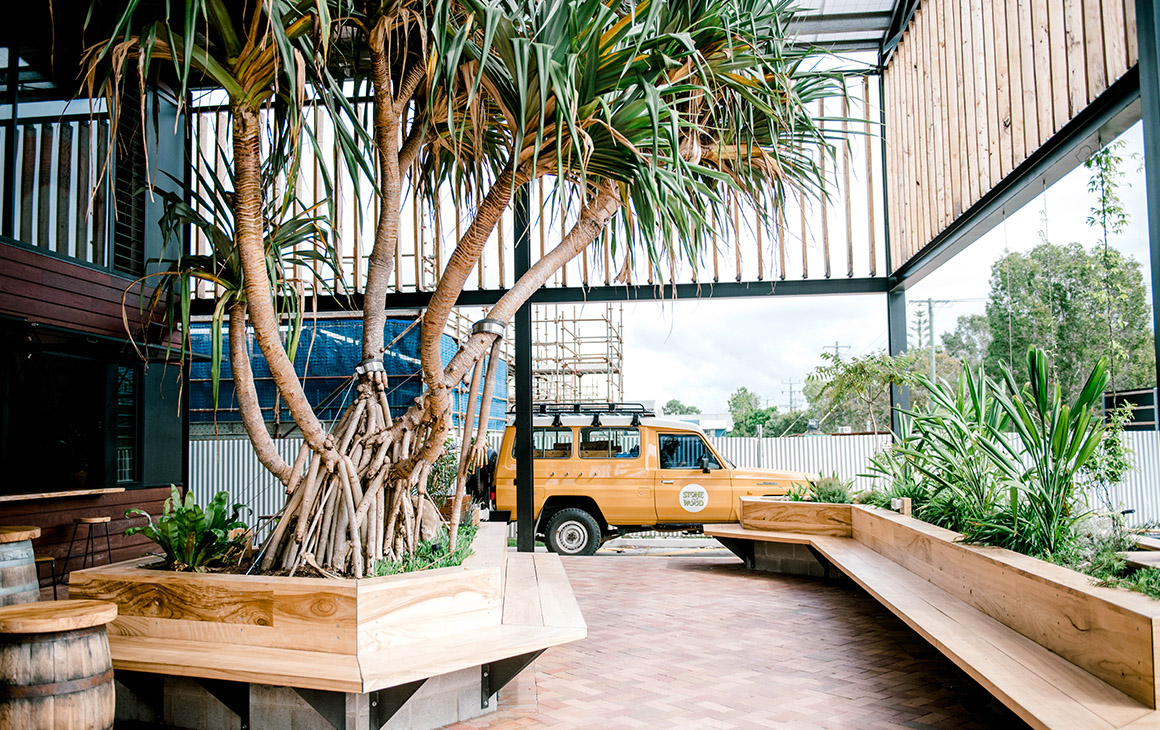 Even better, these guys are all about giving back. Over the past five years, Stone & Wood has raised over $750,000 through its community program, with a dollar from each paddle now additionally going to their not-for-profit inGrained Foundation.

The Stone & Wood Byron Bay brewery, located at 100 Centennial Circuit, is open from 10am to 5pm Monday to Friday, and 12pm to 6pm Saturday and Sunday.