Where To Find The Best French Toast On The Sunshine Coast

There is a heap of reasons to harbour love for the French.

They produce great wine, have a natural flair for romance, built the Eiffel Tower, brought us the croissant, and have such a distinguishable accent—that we have inevitably all tried to replicate it one time or another (only to sound like a confused version of Pepe Le Pew).

So it’s no surprise that they also brought us one of our all-time favourite brekkie options. Drumroll, please… the French toast. Also known as German Toast, Gypsy Toast, Pain Perdu, Poor Knights of Windsor, and Spanish Toast; this sweet and savoury brekkie option (that most of us just call French toast) undeniably appeals to any nation’s tastebuds. With a winning combo of egg, bread, sugar, and a whole lot of yummo toppings—what’s not to love?

There are a few awesome cafes who are putting their own signature on this breakfast treat, so we thought it’s totally worthwhile putting a list together for you.

Easily one of the best breakfasts on the Sunshine Coast, here’s who we’re rating as having the tastiest French toast around. Happy breakfasting! 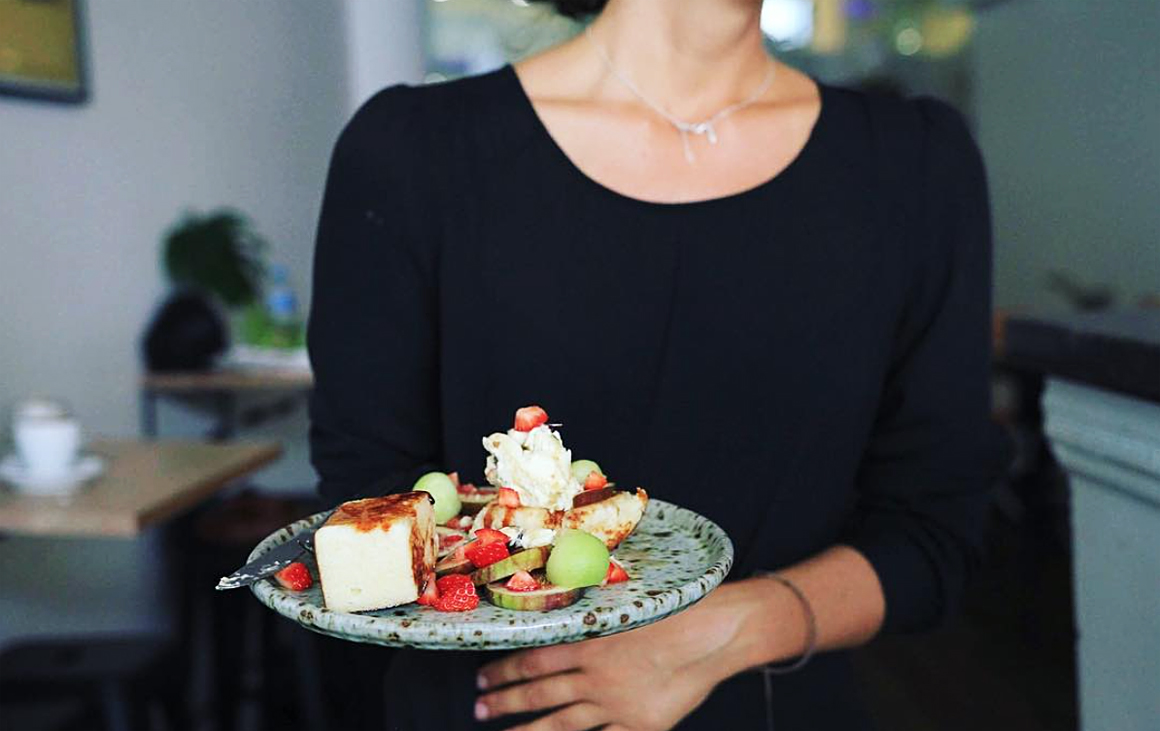 Gainsbourg really know how to live up to their namesake—doing nothing half-measured. Their entire menu can be described as nothing less than wonderful, delicious, and possibly eccentric. And French. Their version of vanilla bean French toast is no exception, made with a brulee brioche and topped with creme anglaise, Canadian maple, strawberry crumble, and seasonal fruit. They had us at vanilla!
Where: Shop 109, 59-75 Mooloolaba Esplanade
Contact: 07 5478 1498

Homegrown Cafe know how to put the homely goodness into anything they make. Their French toast is a homemade brioche topped with whatever fruit is in season at the time. Right now they’re topping it up with caramelised pears, maple syrup, and Maleny Yogurt; all made pretty with a couple of edible flowers from their garden. Appealing to both eyes and stomach—it’s definitely worth a little morning meander to Palmwoods!
Where: 4/6 Main Street, Palmwoods

Francoise and Eric from Maison de Provence have been making the French proud with their Cooroy cafe for yonks. Always keeping their dishes authentic and true to their heritage, they have educated us on why the French have such a great rep in the food department. Their French toast is also a brioche base and topped with fresh berries and a raspberry coulis. And you’re likely to leave the premises with a noticeably improved Pepe Le Pew impersonation.
Where: 9/13 Garnet Street, Cooroy
Contact: 07 5472 0077

Consistently offering us the tough choice between #superfood or #superjunk, Decisions Cafe really know how to keep us on our toes. Especially when it comes to some of the best breakfasts on the Sunshine Coast—it’s really quite a conundrum. Healthy or indulgent? Good for the body or great for the soul? We think when you see the French toast option, #superjunk is going all the way. Get this: a hand-rolled cinnamon brioche baked in-house every morning, served with grilled banana, housemade double chocolate gelato, housemade salted caramel sauce (which you can now also buy in-store to take home with you), popcorn, and double cream to finish. Team it up with a salted caramel latte and you’ll seriously have no regrets!
Where: 10 Capital Place, Birtinya

The Shak is taking a seriously romantic stance on their sourdough French toast option. Piled with rosewater poached pear, strawberry coulis, coconut ice cream, muffin crumble, and coconut nectar—there’s not much else to say but O.M.G. You may as well be in an actual shack, on the beach, with that hot blonde dude from Sex in the City fanning you with a palm leaf while he feeds you from a coconut. But this French toast alternative is just as good!
Where: 11/43 Burnett Street, Buderim
Contact: 07 5445 3692

Keeping it real, Shotgun Espresso is serving their pain perdu (AKA French toast) as sliced baguette French toasts with a couple of options of scrumptious toppings. Go for either the bacon and maple syrup with crushed pecans; or the pear, raspberry and blueberry spiced compote, and mascarpone. And there’s no need to fret over food envy here. Either option is going to be a winner!
Where: 48 Maple Street, Maleny

Whether you’re a half-full or half-empty kinda person, Glass in Maroochydore are going to fill you up with their amazing version of this breakfast brew (whoa, how’s that for a play on words—pats on the back all round!). Made with French brioche and loaded with seasonal fruit, vanilla bean and nutmeg coconut ice-cream (yummmm!), and drizzled with housemade berry coulis—they take this dish to the next level by topping it with a “kiss of fairyfloss”. How very Alice in Wonderland! Is this one of the best breakfasts on the Sunshine Coast? We think yes!
Where: Shop 4/80-82, Sixth Avenue, Maroochydore

Seated under the pandanus trees overlooking the water while the world slowly trundles by, we can’t help but feel we’re at some island resort waiting for our French toast brekkie to be served up by our imaginary waiter who goes by the island-name of Alejandro. Fitting then, that Sirocco should serve up their version as a thick-cut cinnamon French toast with crispy bacon, maple syrup, and an exotic serving of grilled banana. They sure know how to float us into holiday-mode.
Where: 2/257 Gympie Terrace, Noosaville
Contact: 07 5455 6688

Want more of the best breakfasts on the Sunshine Coast? We’ve hunted down the best eggs benny. You’re welcome!