Adidas Originals seem to have quite the knack for buddying up with up-and-coming talent, and their new collaboration with emerging designer, Olivia Oblanc, is looking the goods.

The announcement comes off the back of their recent collaboration with NYC based designer Danielle Cathari, whose capsule’s flew off the shelves. We suggest if you missed out on Cathari’s pieces, you keep your eye out for Oblanc’s.

In recent years Adidas has earned a reputation for unearthing some really rad young designers, and Oblanc is another one to watch.

Bit of background; Oblanc, a graduate of New York Parson’s School of Design, first launched her label OBLANC in 2017. Oblanc’s aesthetic is centred around gender fluidity and sustainability, often using repurposed fabrics to create her designs.

The fresh face has a pretty impressive resume; winning both the CDFA’s Geoffery Beene Design Scholarship and the Hugo Boss Award, it’s easy to see why the German brand tapped her on the shoulder for their next collaboration. Oblanc also placed as a finalist in the Parsons x Kering Empowering Imagination Design Award.

Her androgynous designs and brand vibe has also been inspired by her final year internship at streetwear giant, Hood By Air.

The BTS images released show bright pops of colour, new tracksuit styles and even a pair of creepers.

Inspired by vintage Adidas, heavy branding has become a signature of Oblanc’s, so a fresh take and use of the Adidas logo is likely. 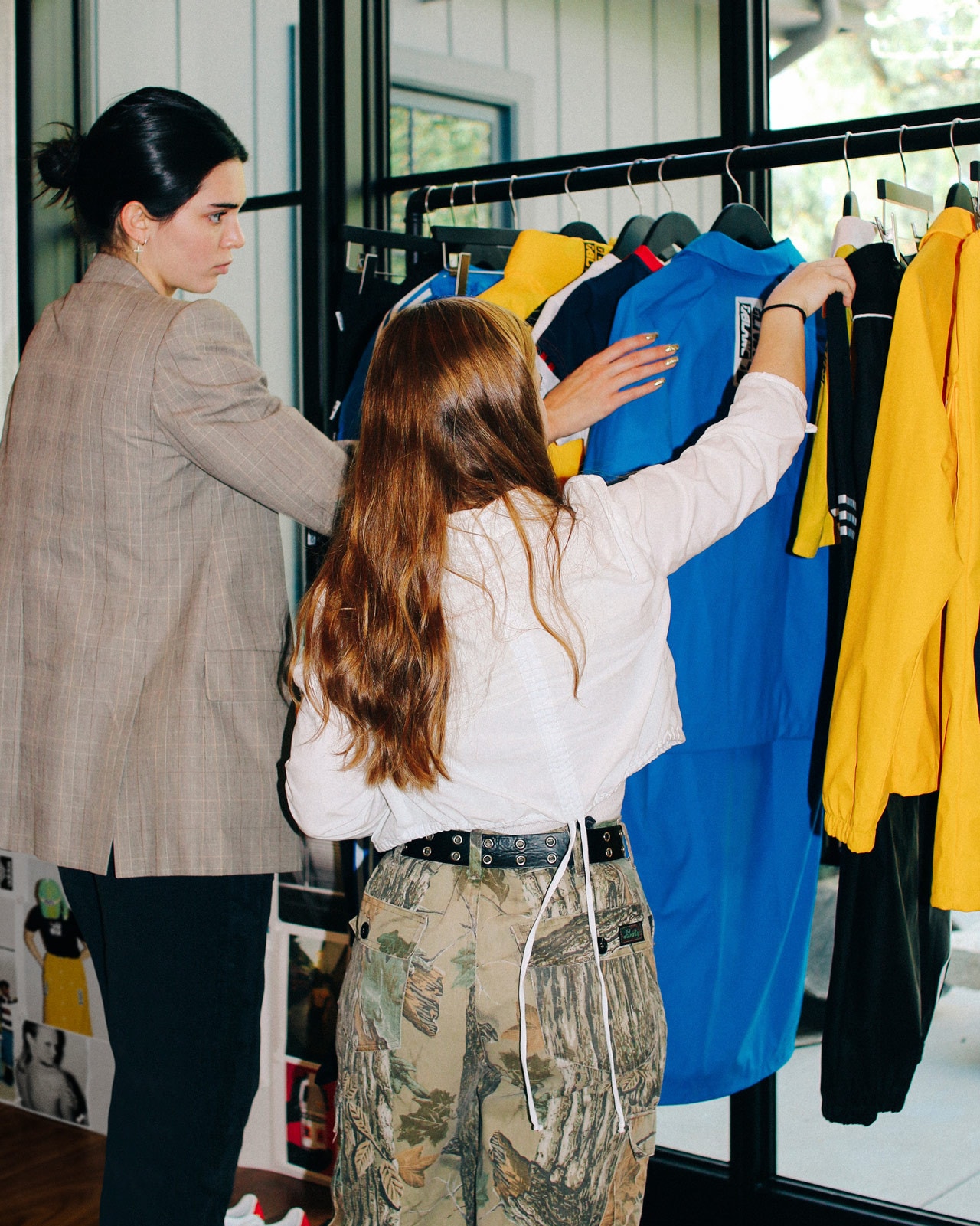 Adidas ambassador Kendall Jenner, who was the muse for Cathari’s collections, is also involved in this release, so we expect to see her sporting some pieces upon their release.

The collection has a launch date of November 17, but details are limited. We suggest keeping your eye on the Adidas socials for drop details.