Where To Celebrate Chinese New Year In Perth

Guys, it’s happening. Chinese New Year is about to kick off its Year of the Dog celebrations, and to be honest, we can’t wait. With the official new year falling on Friday 16 February, there’s a tonne of exciting (and delicious) things going on around Perth, so we’ve rounded up some of the very best. Bring on the firecrackers, lion dancing, and our favourite thing—FOOD!

Here's where to celebrate Chinese New Year in Perth this year.

Toss up some prosperity this Lunar New Year with Sedap Place's traditional Lo Hei salad sessions—they’ll even give you a cheat sheet, so you can go right ahead and impress all your mates.

When it comes to Chinese New Year, lion dancing is up there as one of the most fun things to experience. And when it comes with lunch, it’s even better. Our pick at Dragon Palace? Peking duck with a side of karaoke.

If you’re wanting to go large, Apple Daily is offering up a pretty damn fine banquet this New Year, designed to bring wealth, prosperity, happiness and longevity—basically, all the good stuff. It’s happening on Friday 16 February and places are limited, so be sure to book yourself a table nice and early.

You’ll definitely want to chow down (pun totally intended) on Miss Chows' festive banquet menu this New Year. They’re being somewhat secretive about the specifics, but you just know you’re in for some serious dumpling action.

8 on the Point is keeping it classy this Chinese New Year, with three different banquets available from 15 to 25 February. Each menu features the traditional Lo Hei prosperity salad, plus a selection of dishes made from traditional (and rather fancy) ingredients like abalone, oysters, and scallops.

If you’re after solid Hong Kong cuisine you’re going to find it at Good One BBQ, which just happens to be putting on a special menu for Chinese New Year. You can guarantee we’ll be there, filling our faces with all the deep-fried pork we can get our hands on. 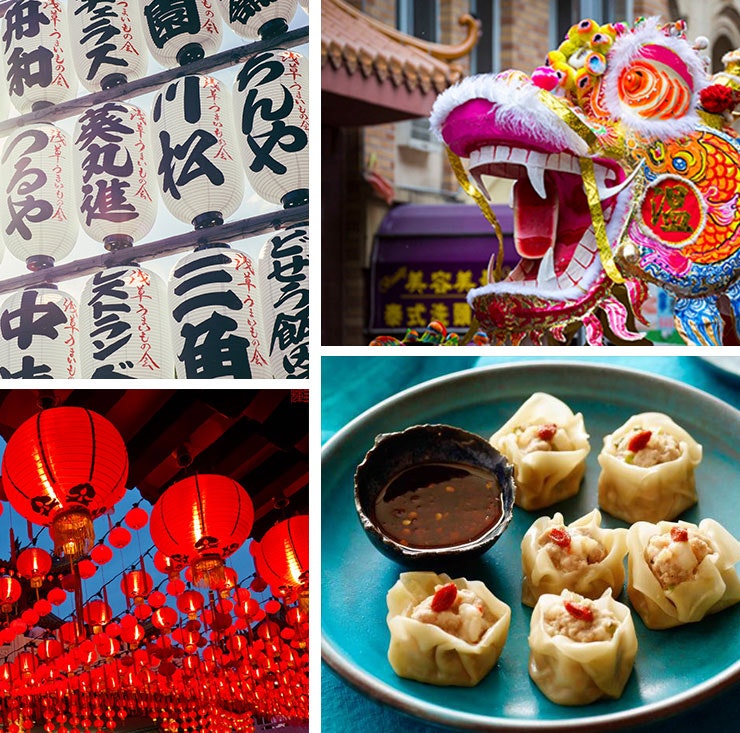 What could surely be considered THE event for Lunar New Year in Perth, the Chinese New Year Fair will be happening all over Northbridge on Sunday 18 February. Get amongst the action with dragon & lion dancing, cultural performances, rides, games, and a whole lotta eating.

This year Crown is hosting so many Lunar New Year events, it’s kind of hard to keep track. Kicking off at 6pm on Saturday 17 February, you can expect dancing, music, and Kung-Fu performances, along with a wishing tree, zodiac trail, and totally instagrammable lantern walkway.

Did someone say face painting? Count us in. But if that’s not your thing, you can still have a great time celebrating the New Year at Garden City—they’ve got free fireworks, lion dancing, origami workshops, Perth's BIGGEST lanterns and more, happening from 16 to 18 February.

Grab a picnic rug and your mates and head down to Gloucester Park on Friday 23 February. There’s a whole bunch of free entertainment happening, including fireworks, a Chinese orchestra, traditional dancing performances and Tai Chi demonstrations.

Support local and celebrate the New Year? Sounds like a plan. From 6pm to 9pm on Friday 23 February, the Mary Street Piazza will transform for the Twilight Chinese New Year Market, dishing up a variety of food alongside local artisan market stalls, plus traditional lion dancing and live music.

Nothing beats a good Sunday session, and on 25 February the  Sorrento Quay Boardwalk is putting on just that. Between 1 and 3pm you’ll be treated to free multicultural performances and a traditional Chinese orchestra.