Brandon ‘Biopanther’ Alexander is one of Australia’s top professional sportsmen, except he does his best work sitting in a chair with a can of Red Bull and some headphones.

Brandon is a member of Dire Wolves, Australia’s top League of Legends eSports team. That may not sound particularly athletic, but these guys are a well-oiled professional machine. They train every day. They work out, stay healthy and eat right. They're sponsored by LG. They compete against the best in the world for vast sums of money in front of screaming fans (and an online audience of millions). 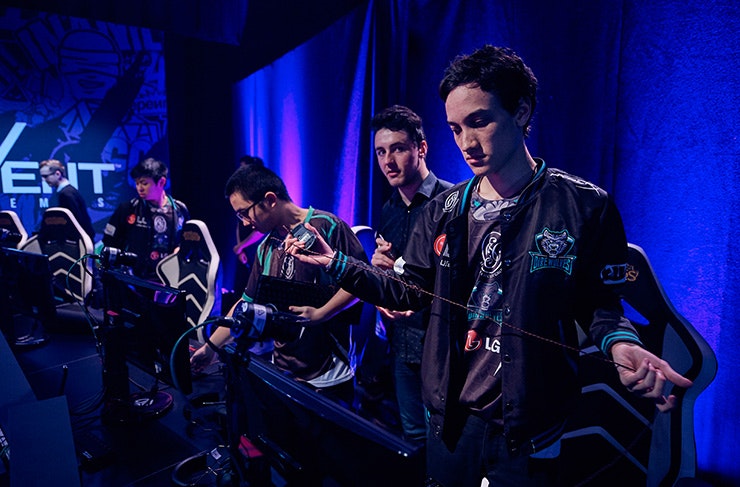 We sat down with Brandon to chat all things eSports. What’s the state of the industry in Australia today? And how the hell do we get paid money to play computer games? No, but seriously, how?

On becoming a pro gamer:

It’s all about getting known in the community. You need to interact with people in the eSports scene. Back at the beginning, people were chosen based on pure skill. But now teams are picking people based on workplace culture and personality. Like any workplace really.

The Dire Wolves reached out to me. I was on their challenger series team, the Dire Cubs. You just have to keep playing, keep networking. Eventually someone will take notice.

On getting paid for playing games:

It’s like any other sporting league. The better you play, the more your value increases. Usually we train all week, and we play matches on weekends. Players are paid depending on their value to the team, and then of course you get sponsorship on top of that.

You have to treat it like a job. We start at 10:40am and we finish around 7pm, every day. We have a small break for lunch, and then back into it.

In the morning, we might have chat about what strats are working at the moment, what people are trying. Then we’ll start playing practise games against other OPL teams.

Tomorrow is our first match of the #OPL Split2! How do you feel BioPanther? �� . "Feeling excited and nervous at the same time, but i can't wait to play and perform in the OPL ����" . DIRE WOLVES ⚔️ ORDER TOMORROW 08:00 PM . . . #direwolves #dwwin #leagueoflegends #riotgames #lolesports #lol #oceanicproleague #australia #sydney

I’ve seen so many gamers burn out in this business. You have to stay physically healthy. Usually, when I finish my nights, I go for a run or something. I try to keep active.

All I’m doing is playing games all the time, right? So it’s good to get some balance in there. If you don’t stay active, you get tired and burn out.

On keeping the fun alive:

People ask “Is it still fun? Or is it work?” I just honestly love the game. Even after all this time. It still doesn’t feel like work. I love what I’m doing. It doesn’t take a toll on me personally, but for some people it can.

The trick is to balance gaming with other things, like family and friends. Skill is a big part of pro gaming, but looking after yourself is also pretty important.

Look, I think it’s moving at a steady pace. It’ll come when it’ll come. The scene keeps promoting the sport, and it’s getting bigger all the time. I think if pro gamers keep streaming, keep connecting with the community, the scene will grow. Then the production teams can work on building more events, bigger events, attract top international teams. I’m pretty optimistic. 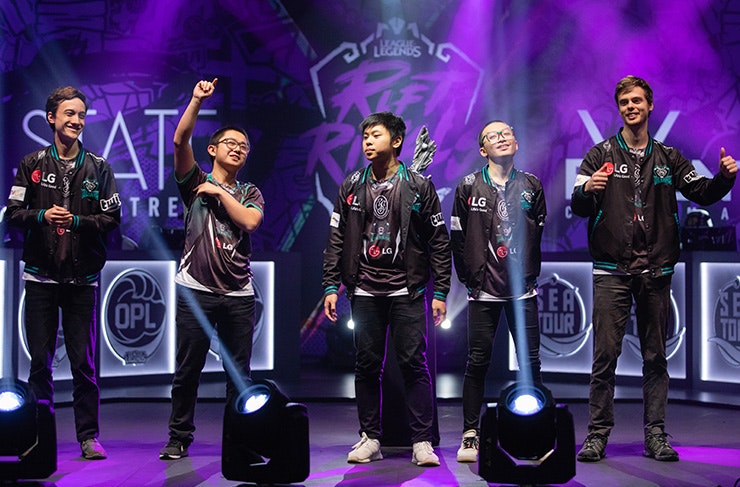 On following your pipe dreams:

For kids playing now, if you see it as a passion, don’t risk everything. But if you feel in your mind that you can make it, just go for it. Then you’ll see if this lifestyle is right for you.

Any tips for League of Legend players?

Always look for improvements when you’re playing. It’s about learning things, not just the win. Play the champions you have fun with—play three or four in each role. Try new things. It should be all about having fun. Last thing: keep calm in games. Work with your team. Even when things go down, stay positive.