You can hedge your bets on catching a live music gig every night of the week in Byron Bay. There’s an array of quirky venues for musicians to perform along with the many talented buskers colouring the street corners.

From the good old railway hotel to the rough-around-the-edges local and the iconic pub that adorns the beach—Byron Bay is the place to jam (and dance) the night away.

Here’s a list of the best live music venues in Byron Bay that pull in the musicians and pump out the tunes, plus there’s the odd world-class festival to boot. 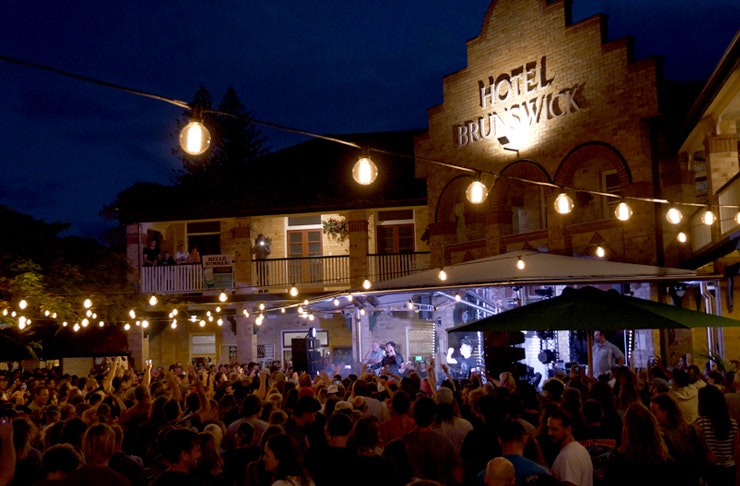 The down and dirty local pub that offers some of the best music that Byron Bay has to offer. With a thriving calender of gigs happening each week at The Northern, you’ll be turning up to listen to up-and-comers, renowned musicians, blues sessions and open mic soirees. The Northern has a slick 80s-style back bar that hosts ticketed music events, and with a recent refurb of the lounge bar, you can sit in a chesterfield with a tasty local lager, pre-gig.

The Rails is a friendly bar with a laid-back vibe that has been pumping live tunes for over 30 years. Set back from the road in the old railway station, the open plan beer garden has hosted many a shindig, earning its spot among our list of the best live music venues in Byron Bay. With a plethora of local brews on tap, the Rails is as authentic as it is global, covering all genres of music from blues to jazz to folk to funk. Hedge your bets on this little legend entertaining well into the night, every day of the week.

We can’t go past The Beach Hotel, the top pub that adorns the main beach with views across the bay to yonder. It’s as iconic to Byron Bay as the urban hippy is, and it pretty much buzzes anytime of the day. A gathering point for most, the Beachy hosts mid-week local muso nights, along with charity gigs, and has seen some of Australia’s best up-and-coming acts pass through. You’re guaranteed a good time here and with an open plan stage and outdoor areas, it can squeeze a few in.

Byron Bay Brewery takes pride of place in the old Arts Factory site and is inspired by the eclectic and creative spirit of Byron. There’s plenty of room to move with an eclectic mix of world music landing on the weekly program. Local divas and blues legends make the brewery the place to let your hair down, dance like there’s no tomorrow and drink a fine local brew.

A classic Art Deco country town pub with top-notch performers, the Brunswick Heads Hotel is as popular with tourists as it is with the locals. And while it may not sit directly in the bay, we’re still rating it among the best live music venues in Byron Bay. There’s an old school amphitheater stage in the pub’s open garden area that creates a mini festival vibe. The team here support live and local musicians, and have been known to kickstart the careers of many aspiring artists. With a jam-packed live music calendar across the year, this cruisy hotel needs to be a stop on your next Northern Rivers day trip.

This old-school hotel has hosted some of the best live music in Byron Bay, from the local country band to the amplified Nudge Nudge (disco inferno). Reminisce of a Quentin Tarantino set, the Bilinudgel Hotel has kept its 50s charm with open verandahs out the front and swooping Poinciana trees in the backyard—it’s a rare beauty. The gig guide varies each week and with plenty of band posters slapped on the walls from past gigs, we wish these walls could talk. 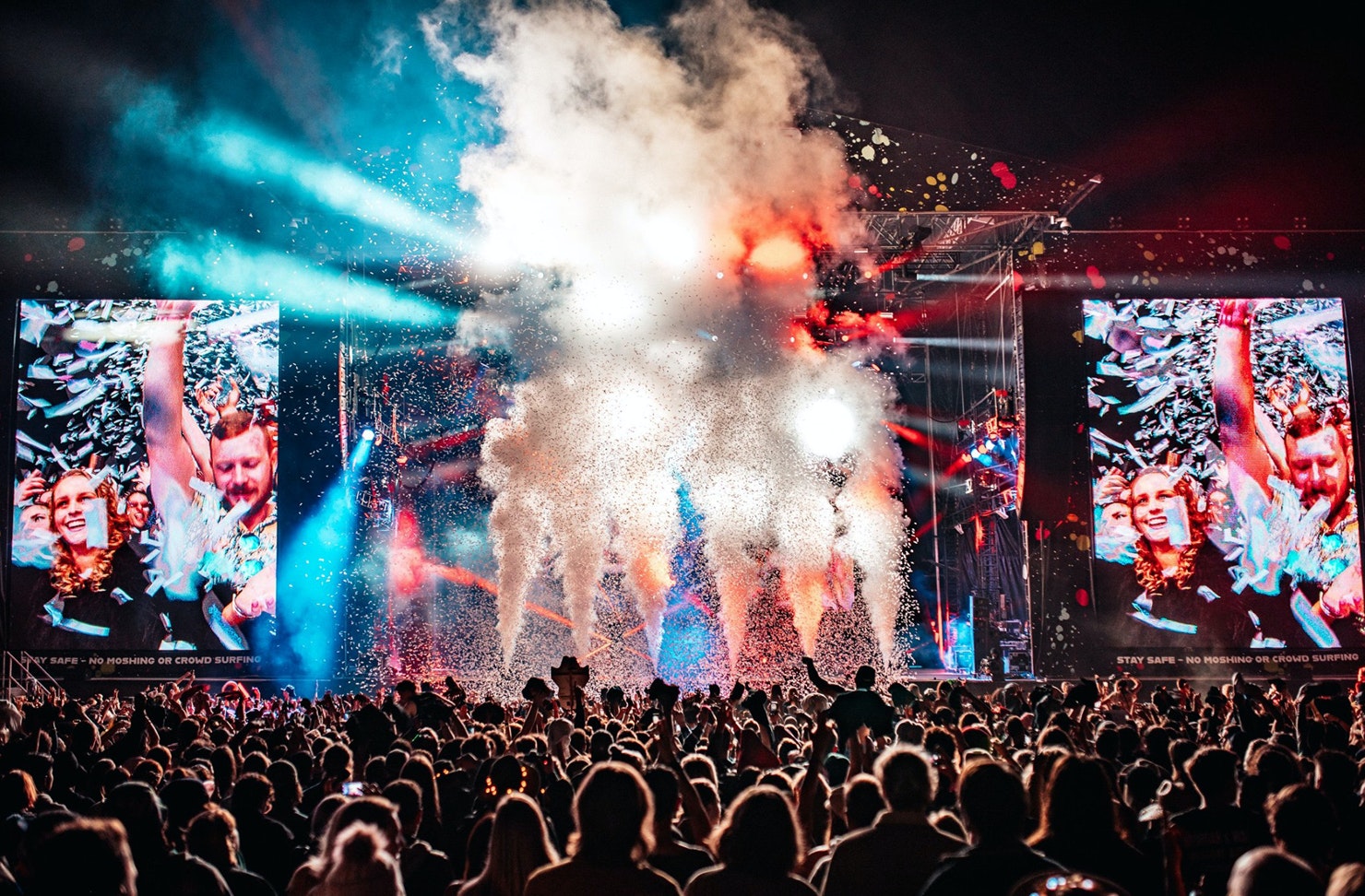 Splendour In The Grass

We all know and love Splendour in the Grass and its epic lineup announcements. Set in the rolling hills of Northern NSW, there is a large natural amphitheater that fits many a music-lover. Headline acts from across the globe grace several purpose-built stages and there’s an array of swanky bars, eateries and artist installations. It’s a musician’s dream to play at Splendour.

Falls Festival literally falls over NYE and is one ticket you want under your festive tree. There’s a few falls dotted around the country with one right here in Northern NSW (Splendour site).
It’s always a hot line-up from the latest rapper to the happening rock band, there’s even an 80s hero that pops up.

Billed as one of the biggest and best Blues festivals around the world, Byron Bay Bluesfest has been growing strongly for over 30 years. Enticing all walks of life from hard-core campers to day trippers and overseas blues revelers, this is a festival where top-notch artists perform in stunning natural surrounds with vast open paddocks and epic stages making up the setting.
Held over Easter, Byron Bay Blues Festival is the quintessential Byron festival with good times, chill vibes and some of the best damn music around.

Image credit: Brunswick Heads Hotel and Splendour in the Grass