Paddington's hilly upper reaches recently welcomed a new friend to the neighbourhood — they have a charming Southern drawl, make a mean cornbread, and never fail to welcome you into their abode with a toothy grin. Filling the void left by Hampton's Home Living on Latrobe Terrace, The Dirty South is the latest Brisbane cafe and restaurant to wave the red, white and blue.

Just when you thought the US of A had seen its heyday in kitchens across the southeast corner, The Dirty South has quickly staked their spot among Brisbane's best American eateries.

Perched atop Trammies Corner, The Dirty South commands one of the best views in Brisbane's inner-west. When the weather is playing nice, try to snag a table out on the veranda overlooking the greenery of Rosalie and Milton, or BYO after dusk and watch the city lights flicker into action.

Inside, vintage oilcans, license plates and other All-American embellishments have replaced the whitewashed decor that once filled the space, with a few Queensland trimmings thrown on the walls for good measure. With the powers of a Kentucky truck stop, a Delaware diner, and Brisbane breakfast nook combined, The Dirty South serves finger-licking good eats from 7am until late, Wednesday to Sunday. 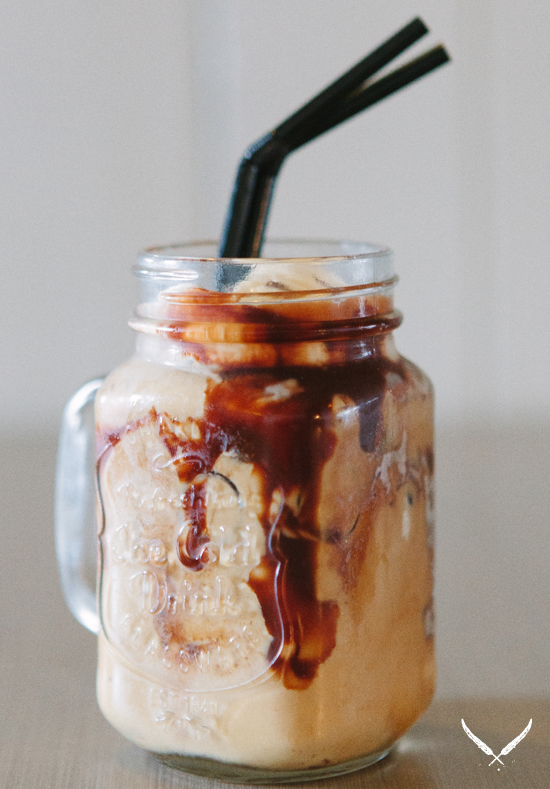 Paddo locals — probably the most discerning brunch crowd in town — have given this new Brisbane cafe the nod of approval, praising its quirky breakfast and lunch/dinner menus. Straying away from traditional eggs bene, The Dirty South's breakfast fare is hearty and generous, and the coffee is spot on.

The Country Fried Chicken Pancakes with maple peaches and cream are enough to bring Elvis himself back to life, and come highly recommended by the staff. "Chicken and pancakes seem like an odd combination, but it just works!" my waitress enthused. If you're imagining the lovechild of a KFC bucket and McDonald's hotcakes, you're way off.

The breakfast-dessert lines continue to blur with Caramelised Banana Pizza, topped with candied bacon, double cream, peanut butter and jelly. On the savoury side of things, the Breaky Burrito, Boston Beans, and Braised Beef Cheek Taco will easily see you right through to dinnertime. If you're looking for a light post-yoga brunch or Paleo-friendly smoothie, you've come to the wrong place.

Hillbilly Hot Wings and Bubba's Cajun Shrimp Skewers will get your lunch or dinner off to a root tootin' good start. After you've primed your palate for Deep South deliciousness, follow it up with Carolina Gold Jumbalaya, Red Neck Ribs, or a Phil Collin's Dirty Burger (which also has vego-friendly spin off). Then slowly roll home.

The flavours are big here in The Dirty South, from charred corn to smoky bacon and bourbon-spiked desserts. Everything may be bigger in Texas but, thanks to this new Brisbane restaurant, the meals around Paddington have been loosening a few belts around town too. Bon appetite, ya'll! 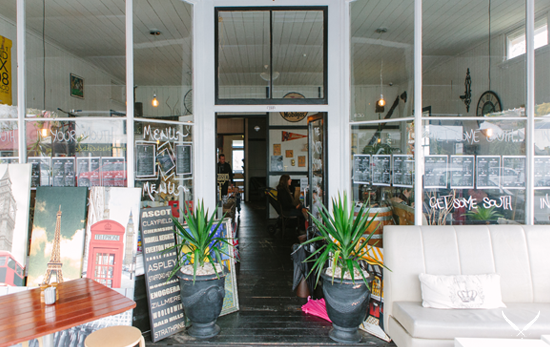 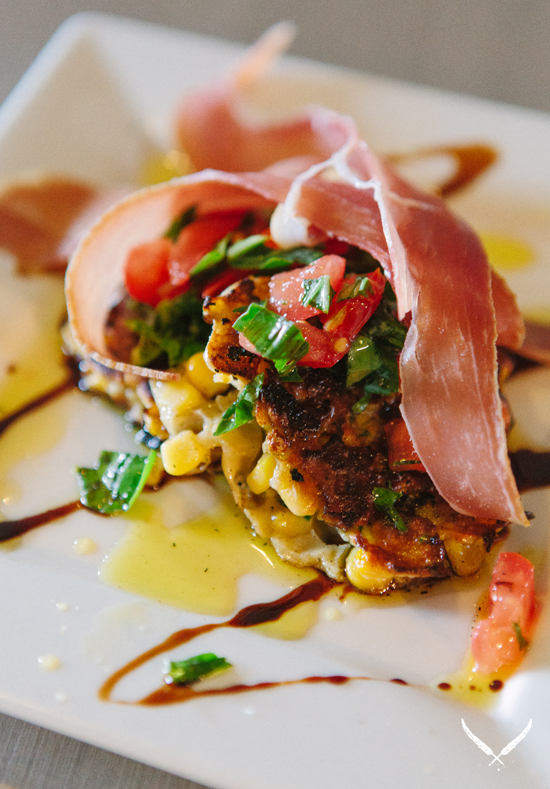